According to a new study published in the journal the Lancet Diabetes & Endocrinology, an ancient Egyptian Pharaoh known as Sa-Nakht—who ruled ancient Egypt 1000 years before Ramses— could be the first known “giant.” 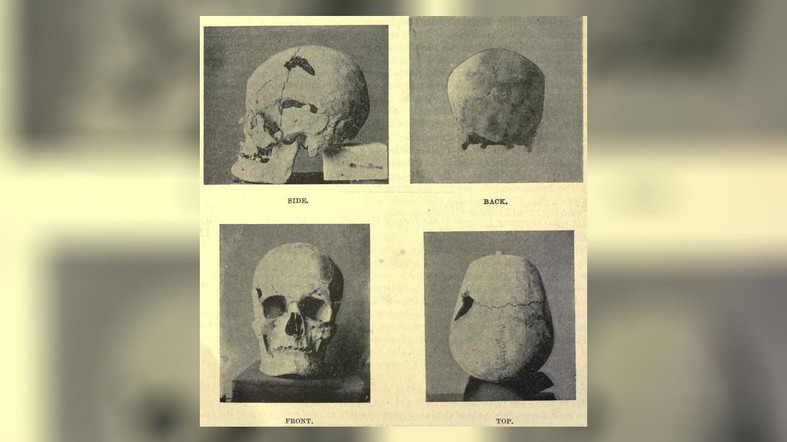 A new study has found how the alleged remains of Sa-Nakht—an ancient Egyptian Pharaoh, may be the oldest known “giant” to have ruled in ancient times.

A new study performed on an unusual 2-meter skeleton of a pharaoh from ancient Egypt has experts convinced how this could be the earliest known case of gigantism ever recorded. According to the records of ancient Egyptian historian Manetho and the Turin King List, Sa-Nakht ruled over ancient Egypt for 18 years

Stories about Giants are present nearly all around the planet. No matter where we look—from ancient Norse, and American legends to Greek mythology—we will find evidence of a time when allegedly, giants walked on Earth.

Evidence of “Giants” is also present and well documented in the Bible.

Genesis 6:4 mentions the Nephilim: 4—The Nephilim were on the earth in those days, and also afterward, when the sons of God came in to the daughters of men, and they bore children to them. Those were the mighty men who were of old, men of renown.

One of the earliest mentions of Giants in Scripture can be found in Genesis 14:

In the fourteenth year, Chedorlaomer and the kings that were with him came and attacked the Rephaim in Ashteroth Karnaim, the Zuzim in Ham, the Emim in Shaveh Kiriathaim, and the Horites in their mountain of Seir . . . . Then they turned back and came to En Mishpat (that is, Kadesh), and attacked all the country of the Amalekites, and also the Amorites who dwelt in Hazezon Tamar (Genesis 14:5–7, emphasis added).

And while Genesis 14 does not reveal how Rephaim, Zuzim, Emim, or Amorites were giants, we can conclude this based on information that can be found elsewhere.

Let’s get back to our ancient Egyptian Giant.

As part of a mummy research currently being carried out by the Institute of Evolutionary Medicine at the University of Zurich, scientists studied a skeleton found in 1901 in a tomb near Bet Jalaf, Middle Egypt. Until now, the skeletal remains were known to date from Dynasty III (circa 2700 BCE) and most likely belonged to Sa-Nakht, a lesser-known pharaoh whose position in ancient Egyptian history is still a subject of debate among scholars.

But, what left experts baffled was the height of this ancient Egyptian pharaoh: he was almost 2 meters tall—1.98 m to be exact—thus surpassing the great Ramses II, who held the record as the tallest pharaoh with a mere meter seventy-five in height (1.75m), who lived more than 1,000 years after Sa-Nakht.

According to the new University of Zurich study, published in the journal The Lancet Diabetes & Endocrinology, Sa-Nakht suffered from gigantism, a hormonal condition that results in abnormal and excessive growth.

Although previous skeletons have been diagnosed with acromegaly and have a similar cause to gigantism, acromegaly occurs in adulthood and gigantism in childhood. In addition, it is possible that another pharaoh, Akhenaten, has suffered from a similar syndrome, but only focused on its extremities.

In the scientific study, experts wrote how the skeleton’s long bones showed evidence of “exuberant growth,” which are “clear signs of gigantism.”

Source: Oldest case of gigantism? Assessment of the alleged remains of Sa-Nakht, king of ancient Egypt