It turns out that there is more mystery to Noah’s ark than we previously thought. According to fragments of the dead sea scrolls, Noah’s ark was anything but an ordinary ship. In fact, the new study reveals that Noah’s Arc was shaped like Pyramid. 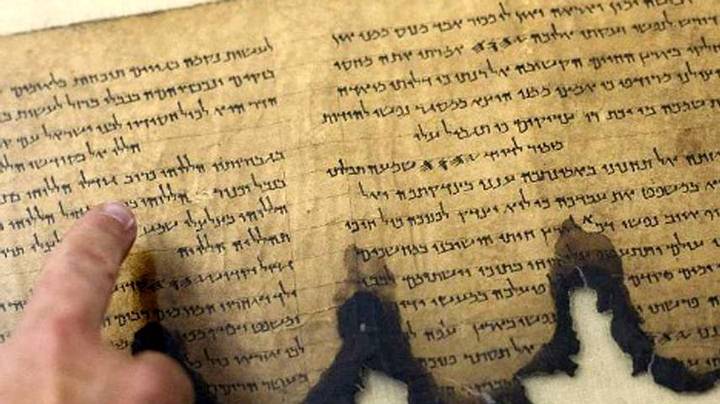 According to a new study, the roof of Noah’s Ark looked like a pyramid, the ‘PTIL’ Judah gave Tamar in the Book of Genesis was a belt, and residents of Qumran believed that money could buy amnesty for their committed sin.

For over four years, experts in a laboratory built inside the Israelian Museum and part of the Leon Levy Dead Sea Scrolls Digital Library project have been working on an ambitious project which aims to scan thousands of fragments of the scrolls and convert them into a digital library. The fragments were photographed 28 times with a special camera and lights of different wavelengths of light.

More than once has this technique revealed letters and words that were erased, damaged or burned in numerous fragments of scrolls.

According to reports from Haaretz website, researchers and experts in linguistics from the Academy of the Hebrew Language joined this new project, recently revealing some of the words they were able to find.

The research project was joined by specialists in ancient languages of the Academy of the Hebrew Language, an institution that has recently released some of the words revealed so far, reports the Haaretz website.

One of the researchers, Dr. Alexey Yuditsky, analyzed a group of scrolls containing the interpretation of the Book of Genesis by the inhabitants of Qumran, specifically, the interpretation of the story of the construction of Noah’s ark. Researchers managed to discover that one of the fragments contained the words ‘height of the arc’ and an additional word: ne’esefet which translated means ‘collection.’

According to Yuditsky, this fragment of the text is interpreted as a pyramidal shape of Noah’s ark where the arc’s holders were closed at the top, meaning that the bottom of the ark was very wide and the top narrow and pointed.

The researcher also supports an interpretation of the text revealed in a translation of Greek Bible of the third century B.C. and Talmudic texts in which it is stated that the ark was joined on the roof.

There are two descriptions of the ship appearing in ancient literature, strangely, neither of those descriptions seems to satisfy naval engineering standards since those designs illustrate a ship that is completely unseaworthy. In the Old Testament Noah’s ark is described as a rectangular “box” with straight sides, having no bows, no keel nor hull. In fact, according to historians the Hebrew word for “the ark” is a box or container. Historians point that word games mean little here since the Hebrews they were a people without oceans and had extremely little experience with boats or naval engineering.

Together with colleagues Esther Haber and Chanan Ariel, Yuditsky gave a lecture with the new words found on one of the scrolls that mentions the Judgment Day.

There, the ancient author described a mythical hero called Melchizedek who rescues the “captives” from a villain known as Belial.