A new study promises to rewrite the history of the red planet. According to a new research, our neighboring planet Mars might have been FAR MORE LIKELY to support life than we ever thought.

Scientists have recently discovered that the red planet was far ‘wetter’ than we ever imagined.

A new study simulated Martian meteorites in order for scientists to understand more about the ancient environment on the red planet. The finding suggests that everything we thought we knew about Mars is wrong.

The study published in the Journal Communications presents evidence that a mineral found inside of Martian metoerites—which had been considered as proof of an ancient dry environment on Mars—may have originally been a hydrogen-containing mineral that could indicate a more water-rich history for the Red Planet reports the Berkely Lab.

As scientists put it, water is considered one of the most important building blocks and requirements for life as we know it. And discover of water greatly improves chances that Mars was inhabited in the distant past.

Experts have also found that the material could help create phosphorus–one of the essential elements for life on Earth, and on Mars as scientists have found.

This changes EVERYTHING we thought we knew about Mars. 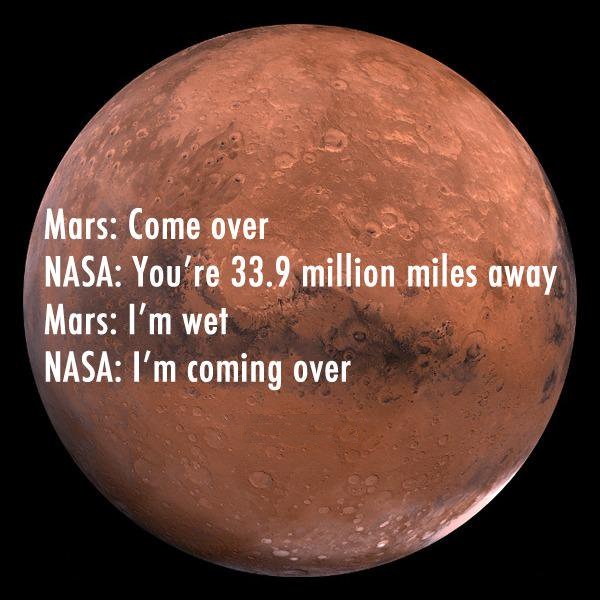 To make this unprecedented discovery, scientists built a synthetic version of a mineral dubbed as whitlockite. Scientists performed shock compression experiments on the samples, simulating the conditions of being tossed on meteorite from Mars. Afterward, the sample was studied with X-Rays to understand its microscopic composition.

Experts found that whitlockite could become dehydrated from the shocks and form merrillite—an element commonly found in meteorites thrown to Earth from Mars but doesn’t occur here naturally.

“If even a part of merrillite had been whitlockite before, it changes the water budget of Mars dramatically,” said Oliver Tschauner, a professor who co-led the study with Christopher Adcock.

Martin Kunz, a staff scientist at Berkeley Lab’s ALS who participated in X-ray studies of the samples, said: “This is important for deducing how much water could have been on Mars, and whether the water was from Mars itself rather than comets or meteorites.”

Since whitlockite can be dissolved in water and has phosphorous, an essential element for life on Earth—and merrillite appears to be common to many Martian meteorites—the study could also have implications for the possibility of life on Mars.

“The overarching question here is about water on Mars and its early history on Mars: Had there ever been an environment that enabled a generation of life on Mars?” Tschauner said.

Recently, experts have found enough water ice beneath the Martian surface to fill Lake Superior, our planet’s largest freshwater reservoir. The deposit varies in thickness from about 80 to 170 meters, with a composition which is from 50% to 85% water ice. Experts analyzed part of the Utopia Planitia region in the mid-latitudes of the northern hemisphere of Mars with a radar instrument aboard the orbiter.

Utopia Planitia is a basin with a diameter of about 2,050 miles (3,300 kilometers), resulting from a major impact early in Mars’ history and subsequently filled.

Data analyses of more than 600 flyovers revealed an icy reservoir with a larger area than the state of New Mexico.

The deposit varies in thickness from about 80 to 170 meters, with a composition which is from 50% to 85% water ice, mixed with powder or larger rock particles.

The so-called ‘frozen treasure’ is located halfway between the equator and the pole. The ice water cannot persist on the surface of Mars. It sublimates into water vapor in the thin, dry atmosphere of the planet.

New Evidence for a Water-Rich History on Mars