According to a new set of images from NASA’s Curiosity rover, ‘Petroglyphs’ have been spotted on Mars.

Do these images from NASA reveal unusual carvings on the Red Planet? Or are these alleged ‘Petroglyphs’ the result of Pareidolia? 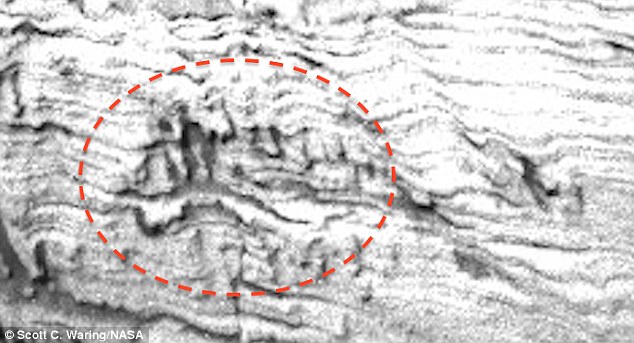 The Curiosity rover has given us a lot to talk about this year. So far, NASA’s ‘Alien’ robot exploring Mars has beamed back countless images of anomalous objects on the surface of Mars. While some of the objects can be perfectly explained as tricks of light, pareidolia, and os on, there are certain features on Mars which defy explanation and reason.

Mars has been one of the favorite places in our solar system where researchers expect to find traces of life. In the past, NASA’s rovers have discovered that the red planet has liquid water flowing on its surface, that it has anomalous spike of methane in the atmosphere and that vast oceans, rivers, and lakes, covered most of the planet in the distant past, when Mars has an atmosphere eerily similar to that of Earth.

Is it possible that in the distant past, when Mars was, in fact, similar to planet Earth, that life forms developed on the red planet which eventually evolved, and inhabited Mars? According to Dr. Brandenburg, its very possible and, in fact, an old Martian civilization was wiped from the face of Mars in the distant past.  Dr. John Brandenburg has a Ph.D. in Theoretical Plasma Physics from the University of California and he is currently working as a plasma physicist at Orbital Technologies in Madison Wisconsin. 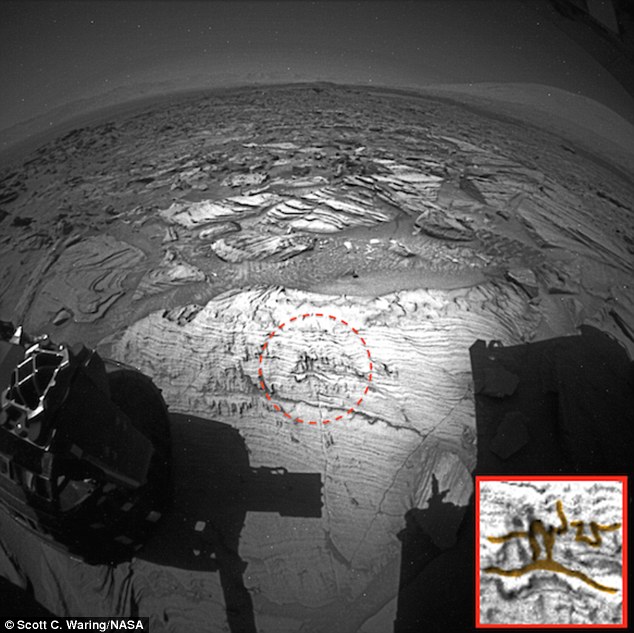 According to Dr. John Brandenburg, there is enough evidence to prove that at least two major nuclear blasts went off on the surface of the red planet in the distant past.

The theory proposed by Dr. Brandenburg is based on the traces of uranium and thorium that have been registered on the surface of Mars. This Martian civilization was wiped out by another hostile alien race from elsewhere in the universe.

Dr. Brandenburg warns that our civilization could face the same faith. Dr. Brandenburg firmly believes that ancient Martians known as Cydonians and Utopians were massacred in the giant nuclear attack – and evidence of the genocide can still be seen today.

Interestingly, in the last couple of months, several weird discoveries have been made on Mars. From mysterious domes to anomalous geological features that are dismissed as natural occurrences, the idea that intelligent life existed on Mars has never been so strong as it is today.

Now, a recent ‘discovery’ made by UFO enthusiast Scott Waring suggests there is more evidence which supports the idea that Mars was inhabited in the distant past. According to Waring, a new image beamed back by the Curiosity Rover shows anomalous features on a Martian rock which eerily resemble petroglyphs or Carvings found on Earth.

Mr. Waring wrote on his blog, UFO Sightings Daily: ‘One of the carvings depicts a running man. The other one shows a snake.

‘I found lots of similarities in this carving and ancient cave paintings here on Earth.’

And indeed, the ‘rock carvings’ found by Waring eerily resemble 2,000-year-old rock paintings found in Zimbabwe’s Matobo National Park, while the zig-zag snakes which appear to be scratched onto rock by the ancient Pueblo people at the Newspaper Rock State Historic Park, Ohio, look like the ‘Martian snake’ described by Waring.

Mr. Warring wrote that these discoveries should not be so easily dismissed, and are evidence that in the distant past, intelligent lifeforms developed on the red planet.

‘This is a photo from a government source and it’s a non-biased object…a rover…that took it. It has nothing to hide, nor to gain.

‘Therefore, to dismiss this evidence is to turn your back on reasoning,’ he wrote.

While many skeptics have rushed to dismiss Warring’s findings in the past, some of them have been interesting and make you question how Mars is perceived by scientists today.

Five years ago if you would have told someone in the scientific community that there is liquid water flowing on Mars, you would have been called out as crazy. But today, these crazy ideas have turned into reality as we have found evidence of not only water but of methane and other elements which suggest lifeforms could inhabit Mars.

The same thing can be said about the anomalous features discovered by Waring and other UFO hunters around the globe.

Pareidolia or not? The discoveries made by ‘UFO hunters’ across the globe have certainly sparked an interesting debate whether or not, intelligent life could have developed on Mars in the distant past, just as researchers like Dr. John Brandenburg suggests.