In 1960, Dr. S. Fred Singer, special advisor to President Eisenhower on space developments said: Phobos, generally accepted as a celestial body, actually may be an artificial satellite launched long ago by an advanced Martian race. 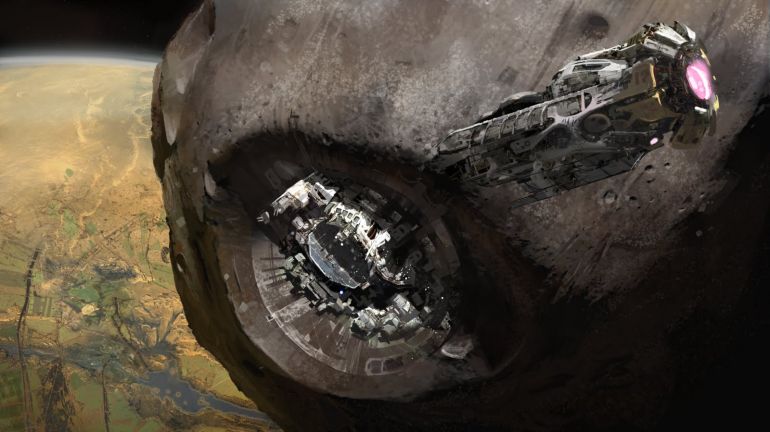 In our solar system, there are three moons that have caused quite a debate among researchers in the last couple of decades: Earth’s Moon, Mars’ moon Phobos and Jupiter’s Europa.

Earth’s moon has been heavily questioned in the last fifty years because of the numerous mysteries behind it. Dr. Robert Jastrow, the first president of NASA’s Commission of Lunar Exploration called the moon “the Rosetta Stone of the planets.” many people who firmly believe that Earth’s moon is actually a terraformed and engineer piece of hardware that has a 3-mile thick outer layer of dust and rocks. Beneath this layer, it is believed that the moon has a solid shell of around 20 miles made of highly resistant materials such as titanium, uranium 236, mica, neptunium 237. Definitely, elements that you would not expect to find “inside” the moon. Robin Brett, a scientist from NASA perhaps described the moon in the most accurate way possible when he said that: “It seems easier to explain the non-existence of the Moon than its existence.”

Jupiter’s moon Europa is another mysterious one. According to researchers, the best place to look for extraterrestrial life is there. According to statements from Dr. Kevin Hand, an astrobiologist at NASA’s Jet Propulsion Laboratory, the search for alien life could prove to be fruitful in the next planned mission to Europa, one of Jupiter’s moon which could hold the ultimate evidence proving we are not alone in the universe.

During an event at the Royal Institution, Dr. Hand outlines that our understanding of Earth’s oceans has taken us a long way, teaching us how alien oceans on other planets or moon, could prove to be potentially habitable environments, and within our solar system, the best shot would be Jupiter’s moon Europa.

And while the previous two moons are really interesting, the most mysterious moon in our solar system is without a doubt Phobos, Mars’ anomalous companion. In fact, many scientists consider Phobos as an artificial satellite which simply put, should not be orbiting mars at all.

There are numerous things which are totally odd when we look at Phobos. First of all, the moon is hollow, it isn’t a solid celestial object like many scientists believed in the past. In fact, according to research performed by the European Space Agency, Phobos’ interior is  filled with ‘cavernous, geometric rooms … right-angle walls … and floors — detectable via the semi-regular ‘structure of the returning, interior radar echoes …’ as they were impressed upon the reflected MARSIS signals …’” In other words, that isn’t the typical structure you would find in a moon. As a matter of a fact, the origin of Phobos still remains a mystery and many believe that this small Martian satellite was in fact placed into orbit  by ‘someone’ in the distant past.

Phobos has remained a mystery ever since its discovery in 1877, and even today, we are still unsure what the moon is made of. Phobos is the closest moon to its planet in the entire solar system, orbiting Mars at a distance of just 6,000 kilometers above its surface, a fact that has caused numerous scientists to question its origin and purpose.

“Among the data returned were spectral images of Phobos in the ultraviolet,” NASA explained. “The images will allow MAVEN scientists to better assess the composition of this enigmatic object, whose origin is unknown.”

According to NASA, „Comparing MAVEN’s images and spectra of the surface of Phobos to data from asteroids and meteorites will help scientists understand whether the moon is “a captured asteroid” or was formed in orbit around Mars.“

Interestingly, previous studies found that there is evidence of organic molecules on the surface of Phobos, adding to the mystery of this mysterious Martian satellite.

Without adding anything else we have two very interesting details about Phobos: First of all, no other moon in the solar system is known to have a similar interior filled with ‘cavernous, geometric rooms … right-angle walls … and floors, and it is one of the first moons to show evidence of organic molecules on its surface.

But the mystery behind Phobos is far more enigmatic than anyone imagined. In fact, when the Mars Reconnaissance Orbiter (MRO) spacecraft was mapping the small moon of Mars, Phobos, and sent its incredible images from the small, potato-shaped moon back to Earth satellite ufologists had a field day speaking about the mysterious structure that was clearly visible on the surface of Phobos. There in plain view, a large rectangular object undoubtedly resembling an artificial monolith stands alone. Nothing in the vicinity has a similar shape or size, so the question is, what is it? What is its purpose? And who placed it there?

Rumors about the object became so intense that famous “Buzz” entered into the debate. Buzz Aldrin, the second man to walk on the surface of the moon, surprised many by saying, “We should visit the moon of Mars, there’s a monolith there, a very unusual structure on this little potato shaped object that revolves around Mars once every seven hours. When people find out about that they are going to say, “Who put that there? Who put that there?” Well, the universe put it there, or if you choose God put it there.’

Interestingly, the theory that Mars’ moon Phobos could, in fact, be an Ancient Alien Satellite was proposed over 50 years ago. In 1960, Dr. S. Fred Singer, special advisor to President Eisenhower on space developments made headlines when he commented Phobos saying: The Martian moon Phobos, generally accepted as a celestial body, actually may be an artificial satellite launched long ago by an advanced Martian race.

According to rense.com, Dr. Singer backed a claim first made by the Soviet astrophysicist Shklovsky. The Russian scientist’s announcement that Phobos was a hollow, artificial satellite, proving the existence of a Martian civilization, set off heated arguments among astronomers. Shklovsky based his decision on a long study of Phobos’ peculiar orbit, which other astronomers have noted. The Russian claim has calculations and those of earlier astronomers prove Phobos cannot possibly be an ordinary moon.

Three years after the incredible statement by Dr. Singer, Raymond H. Wilson Jr., Chief of Applied Mathematics at NASA stated that “Phobos might be a colossal base orbiting Mars.