A Rare Sword Belonging To Ivan The Terrible Found 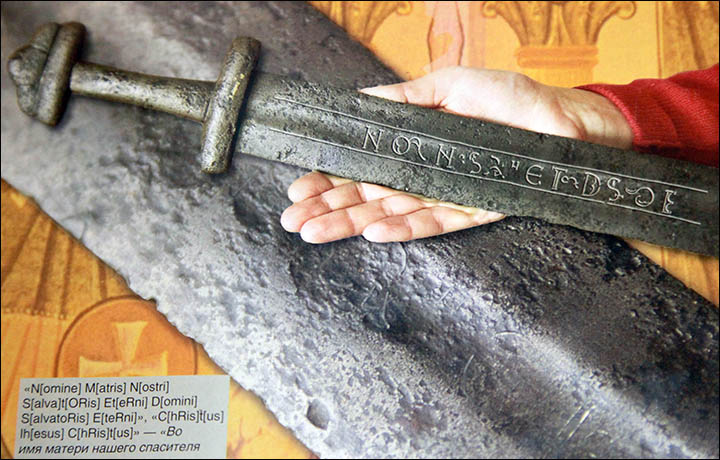 Buried under a tree in the Novosibirsk region, a medieval sword that according to scholars belonged to Ivan the terrible was discovered- Researchers are very excited about the discovery and hope to learn more about this precious item and the history behind it. It is the only weapon of its kind ever found in Siberia.

According to scholars who have had the chance to study this medieval sword, it belonged to Tsar Ivan the Terrible, and came from the royal armory as a gift at the time of the conquest of Siberia. Experts know that the sword originated from Central Europe most likely in the Rhine basin of Germany before being transported to the Swedish mainland, or the island of Gotland, to be adorned with an ornate silver handle and Norse ruse pattern.

According to archaeologist Vyacheslav Molodin, the blade has abbreviated engravings on both sides of the blade. The calligraphy style present on the blade suggests hat it was made by people with knowledge of advanced epigraphic writing techniques, making it a very unique and valuable historical item.

Russia’s leading experts at the Hermitage Museum in St. Petersburg decoded the Latin wording on the one meter long blade.

The inscription on the reverse side is harder to read, but the first word  ‘NOMENE’ – clearly seen –  helps reconstruct the rest as ‘N[omine] O[mnipotentis]. M[ateR]. E[teRni] N[omin]e’, which means ‘In the name of the Almighty. The Mother of God. In the name of Eternal’. – Siberian Times.

Several theories have been proposed as to how the sword ended up in Russia. Most scholars suggest it was either carried along a trade route, or taken as a spoil of war from skirmishes in the region. Ivan IV Vasilyevich or more commonly known as Ivan the Terrible, was the Grand Prince of Moscow from 1533 to 1547 and Tsar of All the Russias from 1547 until his death. His long reign saw the conquest of the Khanates of Kazan, Astrakhan, and Siberia, transforming Russia into a multiethnic and multiconfessional state spanning almost one billion acres, approximately 4,046,856 km2 (1,562,500 sq mi). Ivan managed countless changes in the progression from a medieval state to an empire and emerging regional power, and became the first ruler to be crowned as Tsar of All the Russians. – Wikipedia

This famous sword was uncovered in the Baraba forest-steppe, approximately three kilometers from where it is thought Koltso, Yermak’s closest ally, died in battle.

According to historians, swords such as these were not very typical in Russia, it has similarities to swords that were widely used by European knights.

After an exhausting  research on ancient weapons and origins, Vyacheslav Molodin,  prepared a report on his findings and concluded that the sword originated from Europe and dated to the late 12th or early 13th century. Accepting the proposed theory that it was most likely brought to Russia during a trade mission. 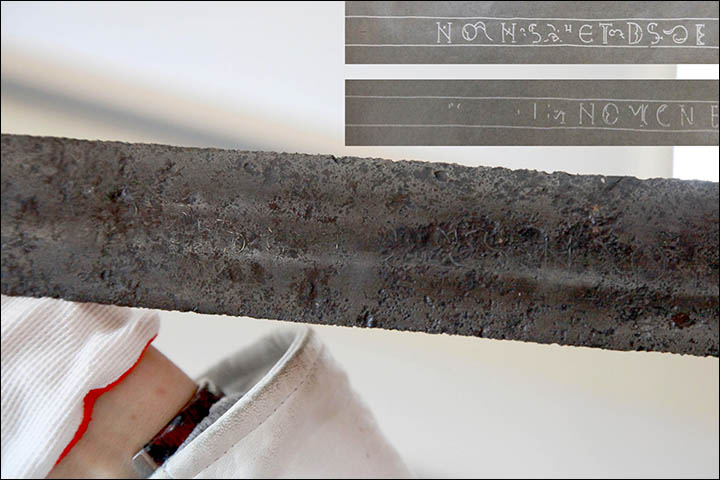 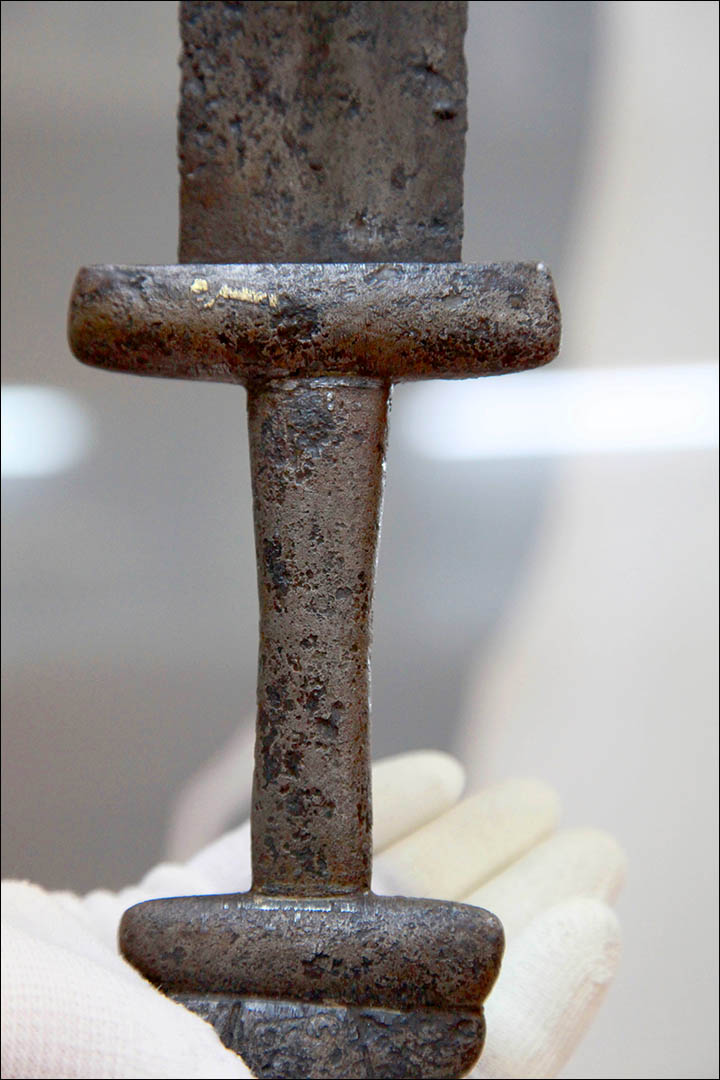 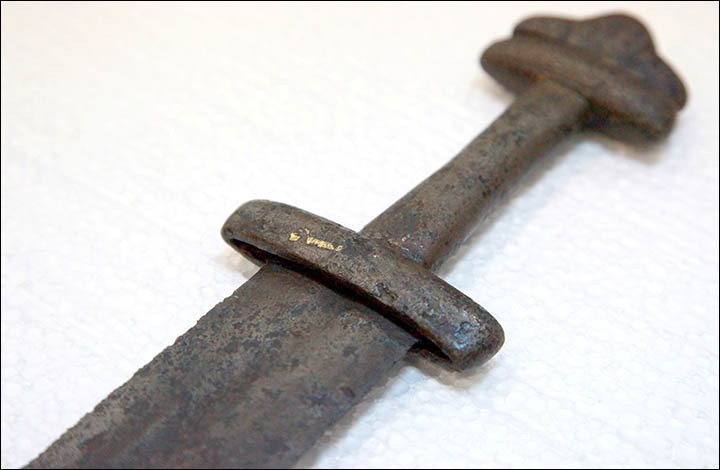 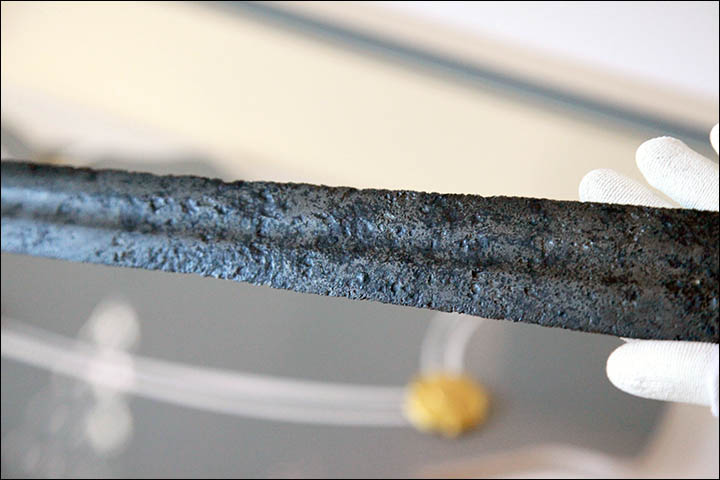 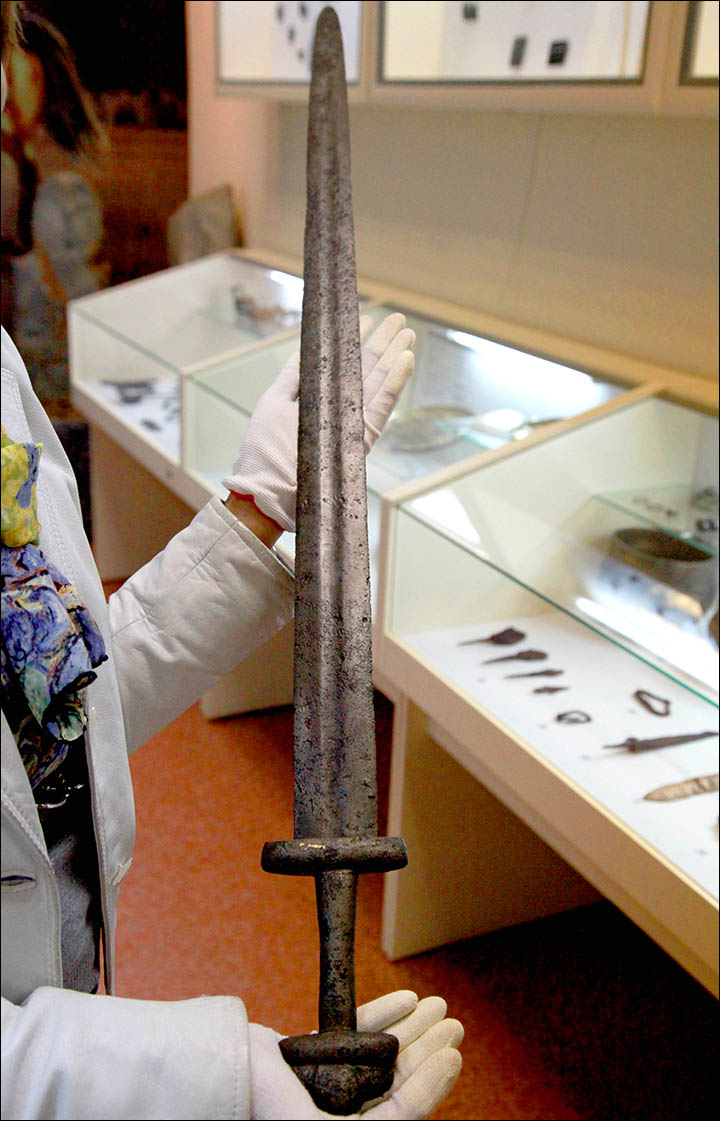