Researcher claims to have found a huge underwater city found...

According to reports the structures stretch for a staggering 76 miles at its furthest points. The formations found off the coast of Baja California include mysterious tube-like constructions that are roughly 2.4 miles in width.

What are we looking at here?

According to researchers who use Google Earth in their quest for mysterious formations and possible unidentified structures around the globe, there may be a strange city off the coast of Mexico in the Gulf of California.

According to reports, the gigantic underwater structures are located some 45 miles from the Mexican Coastline.

UFO hunters believe we are not looking at ordinary structure nor are we looking at mistakes in the satellite images.

According to a number of users who have rushed on social networks to comment the newest discovery, the peculiar shape of the structures indicates a sophisticated network that is now underwater

In recent months, a number of UFO hunters claim to have discovered numerous ‘alien’ structure on the ocean floor. However, this new ‘underwater city’ is by far the most important discovery mostly because of its sheer size and its adherence to linearity which indicates it is not a natural formation.

According to reports by the Mirror, the underwater structures located between the peninsula of Baja California and the Wester Coast Of Mexico stretch for a staggering 76 miles at its furthest points. The tube-like constructions seen hiding in the ocean floor are roughly 2.4 miles in width. 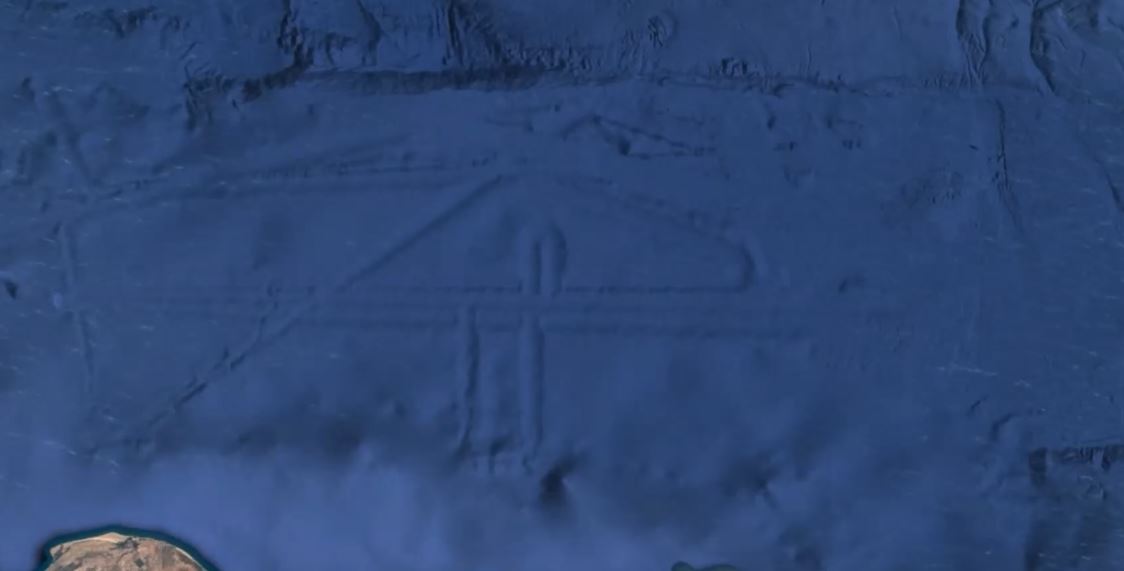 So far there are a couple of theories as to what the mysterious formations ould be. Among the most commented theories are that we are looking at an ancient system of roads and tunnels created thousands of years ago when water levels were much different. Others speculate that these are the remains of an ancient civilization and the tube-like structures visible on the ocean floor are most likely ruins of their temples. Skeptics, however, argue that none of the previously mentioned theories are acceptable and that we are probably looking at faults in the seabed.

According to a video posted on YouTube by a user called Mister Enigma, the unusual structure cannot be the result of natural formations and that there is a definite resemblance between the underwater ‘structures and the famed Nazca lines located in Peru.’ The narrator of the video postulates a number of questions asking the audience who could have built such a complex set of structures? An Ancient Civilization? Or Aliens perhaps?

Interestingly, not long ago, another ‘UFO hunter’ has found what appears to be a massive underwater Pyramid located off the coast of Mexico.

Using Google Earth, a UFO hunter has discovered a humongous ‘Pyramid’ believed to measure nearly ten kilometers across. The Pyramid was located just off the coast of Mexico, in the following coordinates: 12°8’1.5″N, 119°35’26.4″ W

The mysterious structure located off the coast of Mexico join the lust of a vast number of anomalies that have been discovered in the last couple of years.

What are your thoughts? Is it possible that researchers have actually found the remains of an ancient city that is now located beneath the ocean?