Researcher claims to have found the first and only portrait... 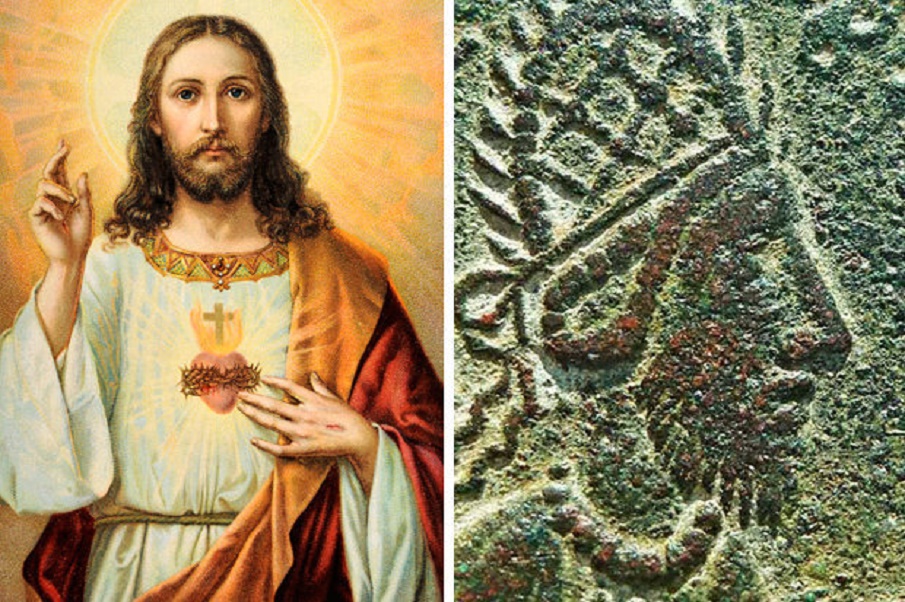 Biblical researcher and historian Ralph Ellis claims to have found the only real representation of Jesus’ image—a finding that could rewrite the history of the most important figure in Christianity.

The image of ‘Jesus’ is engraved on a tiny bronze coin dating from the first century, and was initially believed to be the face of King Manu, who ruled the Mesopotamian kingdom of Edessa in southeastern Turkey. Nevertheless, according to author and researcher Ralph Ellis, Manu and Jesus Christ are in fact the SAME person which means that the image of the monarch depicts Jesus as well.

The researcher, who claims that the discovery may be the most important in modern history, has spent years studying the Bible and relating people and events from the holy book of Christianity to historical facts.

One of the fruits of his investigations are the “striking similarities” between Jesus Christ and the Mesopotamian king indicates Ellis.

“Though this might not be an issue for those who are satisfied on the basis of faith alone, which I understand and respect, as a historian this is deeply troubling. I have made it my life’s work to reconnect events and people from the Bible with known history.”

“And Jesus – probably the most important figure in western history – deserves to be brought out from the biblical shadows and into the historical sunlight. The coin is the icing on the cake, and at last helps build up a strong case for the true identity and genealogy of the biblical Jesus.”

Most modern scholars agree that Jesus of Nazareth actually existed and was crucified by Pontius Pilate, who feared that the “king of the Jews” would promote a violent uprising.

Interestingly—as pointed out by Ellis— ancient accounts show that both King Manu and Jesus were Nazarene Jews who lived in Jerusalem in the first century.

Curiously, both were seen as a threat by the Romans because they supported the revolt of the Jewish people during the first Judeo-Roman War (years 66-73).

While experts ae still unsure as to how King Manu died, Ellis believes that just as Jesus, Manu was crucified by the rRomans

Furthermore, Ellis also points out that “the traditional tiara of the Edessan monarchs was, as can be seen on the coins, a plaited crown of thorns”.

Although Jesus Christ is often depicted as a bearded man with long hair, wearing a tunic, there is really no description of him in the Bible. If it turns out that Ellis is right, the coin would be the only real representation of Christ found to this day.

Ellis explains: “The fact that Jesus was the only convict said to have been forced to wear a crown of thorns as he was led to his execution, points to there being a link with this king. Jesus was also made to wear a purple cloak, which was a symbol of power and could only be worn by Roman emperors. To disobey was punishable by death. It is my theory that Jesus was forced to wear this crown in the biblical story because he, or more correctly King Izas Manu, had attempted to overthrow the Romans. Both the crown and cloak were overtly political statements, warning against further uprisings against Rome.”

“The connection between Jesus Emmanuel and King Izas Manu is a controversial one, to say the least, but the similarities are simply too great to be mere coincidence. Jesus is always portrayed as a pauper prince of peace, who was confusingly involved in an unknown revolution in the AD30s. My research shifts him in the historical timeline from the AD30s to the AD60s and makes him a key figure in the Great Jewish-Roman War. It is my theory that he was, in fact, a warrior king who challenged the might of the Roman Empire in AD68 and paid the price. Anything that contradicts the orthodox story of Jesus, which has become central to the church for over 1,500 years, is likely to attract a lot of criticism. But when viewed from a historical perspective the case is very strong for Jesus Emmanuel and Izas Manu being one and the same,” concluded Ellis.

Is this the first true portrait of JESUS?