Researchers conclude: Our DNA is more ‘Alien’ than we thought

If you ever believed that your DNA is all human… think again. Researchers have just discovered that a total of 19 ‘new’ pieces of  NON-HUMAN DNA have been found lurking among our genes, taking up the total to 36. 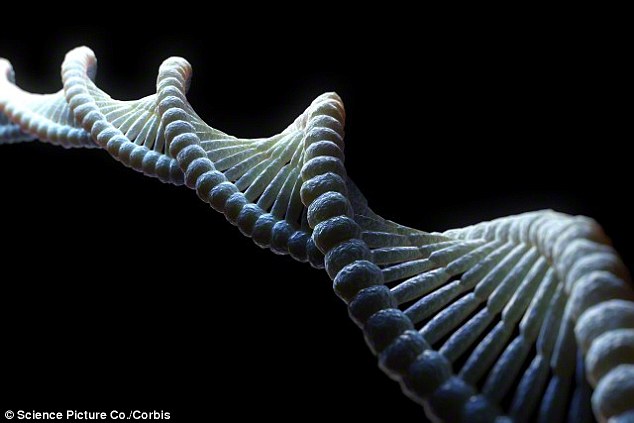 Scientists believe that the new pieces of NON-HUMAN DNA were left by viruses that first infected our ancestors hundreds of thousands of years ago.

Using a set of highly sophisticated techniques which allowed them to compare key areas of each person’s genome to the ‘reference’ human genome, the team of researchers was able to conclude there is a total of 19 ‘new’ pieces of  NON-HUMAN DNA.

Researchers were able to conclude that as much as eight percent of what we consider as our ‘Human’ DNA actually comes from ‘viruses’.

According to the dailmail.co.uk, “The findings build on previous studies about human endogenous retroviruses, known as ‘Hervs’ – ancient infectious viruses that inserted a DNA-based copy of their own RNA genetic material into our ancestors’ genomes.”

According to scientists, the new pieces of non-human DNA were left by ‘viruses’ that infected our ancestors in the distant past. Scientists state that one section of DNA even contained an entire ‘recipe for an entire virus, something that has caused confusion among researchers.

Scientists discovered that 50 out of 2,500 subjects carry a recipe for a mysterious virus that affected our ancestors thousands of years ago. However, it is not known whether the virus can replicate or reproduce. Other previous studies have demonstrated that the ancient Virus can affect human subjects carrying it.

Researchers concluded that the virus-generated DNA has been copying itself from generation to generation, ending up in our DNA today.

In the new study, in addition to discovering the new stretches of the virus, scientists from the University of Michigan Medical School and Tufts University, were able to confirm the existence of 17 pieces of virus DNA found in human genomes researchers in the past couple of years, leading to a better understanding of our DNA in general.

Scientists looked at the entire genome span, comparing people from around the world, including a large number of people native to Africa, where researchers believe the ancestors of modern humans originated.

The new study was published in the journal Proceedings of the National Academy of Sciences (PNAS).

Genetics researcher Dr Jeffrey Kidd said: ‘These are remnants of ancient events that have not been fixed in the population as a whole, but rather happened in the ancestors of some people alive today.

‘There have been a number of examples of other Hervs that insert themselves next to human genes or near them and have an impact on their expression.

‘We’re interested in applying these methods to find other types of viral or mobile element insertions.’

Research like this has helped us understand in a never-before-seen depth the composition and details of human DNA.