Researchers discover an unknown oxygen source deep below the surface...

The new discovery points to a huge, hitherto unknown oxygen source believed to be located somewhere in the lower mantle of our planet 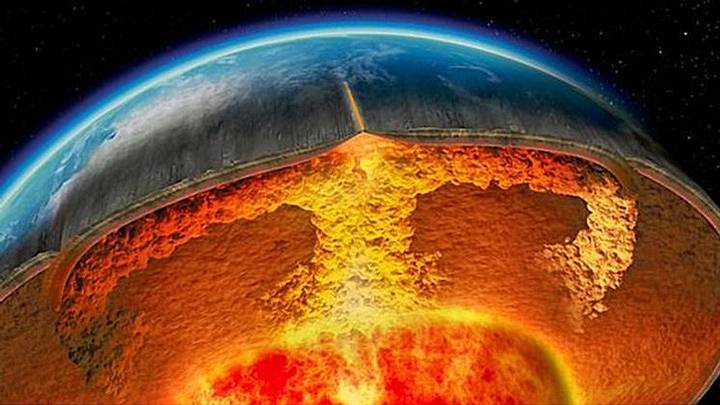 According to scientific reports, there are rivers of liquid oxygen hidden deep below the surface of our planet.

Researchers suggest that the discovery points to a huge and unknown source of oxygen, located deep in the lower mantle of our planet. The mysterious source of oxygen is believed to be so enormous, that it can influence the climate on our planet. Using a special high-pressure chamber at the DESY research center, an international group of scientists has discovered two new iron oxides at DESY’s X-ray light source PETRA III and other facilities. “This finding points to the existence of a previously unrecognized layer in the Earth’s mantle, which contains a lot of liquid oxygen,” reported Science Daily.

The team of researchers led by Dr. Elena Bykova from the University of Bayreuth reported the results in the scientific journal nature Communications.

According to estimates, in this previous unknown layer, there is between 8 and 10 times more oxygen than in the atmosphere of our planet.

„We estimate that this source so far provided an amount of oxygen equivalent to eight to ten times the mass of oxygen in the atmosphere,” says Bykova. “That’s a surprise, and it is not quite clear what happens with the oxygen down there.”

Researchers believe that Earth has this layer of liquid oxygen due to the changes in the molecular structure of iron ore, found in the core of the planet.

This remains to be explored”, says co-author Dr. Maxim Bykov of the University of Bayreuth. “For now, we can only say that there is a huge source of oxygen in the mantle that can significantly affect geochemical processes by changing oxidation states and mobilizing trace elements. This will open a large new field of modeling.”

However, the presence of oxygen inside the Earth could cause complex processes that we know nothing about today. These processes can influence not only the geochemistry but also on the climate and the state of the planet’s atmosphere, say the authors of the study.

In previous studies, researchers have discovered the presence of huge underwater oceans located deep beneath the surface of our planet. Researchers believe that the discovery of the underground ocean suggests that the surface water of the planet came from within Earth, as part of a “complete water cycle on the planet” instead of the dominant theory proposed that water arrived at Earth by icy comets that passed by the planet millions of years ago.