According to a new research, the earliest known practical piece of polyphonic music has been discovered, and is considered an example of the principles that laid the foundations of European musical tradition.  The discovery has been made at British Library manuscript in London where  piece of choral music written for more than one part was found by Giovanni Varelli, a PhD student from St John’s College, University of Cambridge. Varelli specializes in early musical notation, and realized that it consisted of two vocal parts, each complementing the other.

Believed to date back to the 10th century, the inscription is a short chant dedicated to Boniface, patron Saint of German and is considered the earliest practical example of a piece of polyphonic music the term given to music that combines more than one independent melody – ever discovered.

Typically, polyphonic music is seen as having developed from a set of fixed rules and almost mechanical practice. This changes how we understand that development precisely because whoever wrote it was breaking those rules. – Giovanni Varelli

This ancient  “masterpiece” was written with the use of an early form of notation that according to researchers,  predates the invention of the stave, it was inked into the space at the end of a manuscript of the Life of Bishop Maternianus of Reims.

It is believed that Polyphony defined most European music up until the 20th century, but scholars are uncertain about when it emerged.

Treatises which lay out the theoretical basis for music with two independent vocal parts survive from the early Middle Ages, this discovery is important because until now the earliest known examples of a practical piece written specifically for more than one voice came from a collection known as The Winchester Troper, which dates back to the year 1000.

Giovanni Varelli’s research proposes that the author of this newly acquired piece – a short “antiphon” with a second voice providing a vocal accompaniment – was writing around the year 900. 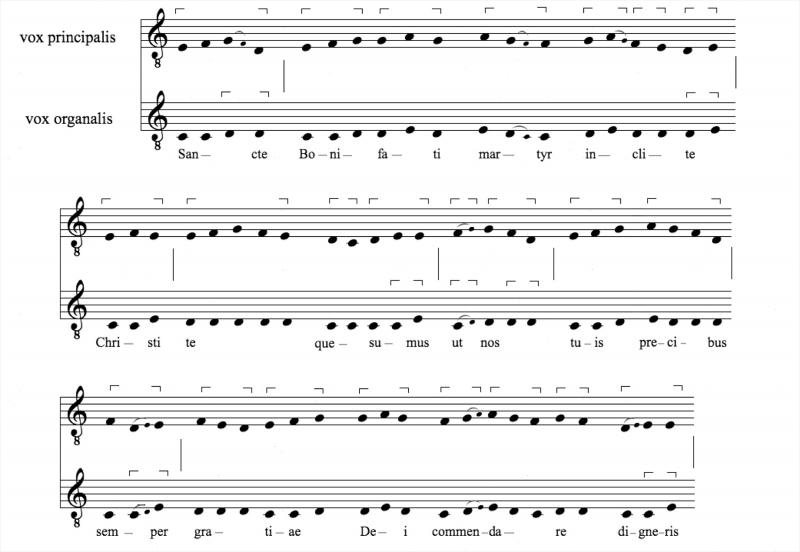 “What’s interesting here is that we are looking at the birth of polyphonic music and we are not seeing what we expected,” Varelli said.

“Typically, polyphonic music is seen as having developed from a set of fixed rules and almost mechanical practice. This changes how we understand that development precisely because whoever wrote it was breaking those rules. It shows that music at this time was in a state of flux and development, the conventions were less rules to be followed, than a starting point from which one might explore new compositional paths.”