A new study with revolutionary laser scanning technology has allowed archaeologists to detect never-before-seen structures –believed to be thousands of years old–below the surface of the Cambodian rainforest.

Many experts refer to this finding as the most extensive archaeological survey done so far, and will help researchers in their ‘hunt’ for more ‘lost’ cities in the near future.

Australian archaeologists have found ancient underground cities in the archaeological park of Angkor (Siem Reap, Cambodia), home of the famous Angkor Wat temple, considered as one of the most important archaeological treasures on our planet. The discovery was published in the Cambodian Archaeological Lidar Initiative.

The full study, whose results will be published in ‘The Journal of Archaeological Science ‘, used a new laser scanning technology that allowed the detection of structures –beleived to be thousands of years old– below the surface of the Cambodian rainforest. These ancient cities could compete in size and extension to Phnom Penh, the current capital of the country. This discovery covered an area of approximately 2,000 kilometres, which is considered by some experts as the most extensive archaeological aerial survey ever conducted on Earth.

‘We have found ancient cities under the rainforest that we didn’t even know existed there,’ said Damian Evans, who leads the investigation.

The lasers used in the study were placed onto helicopters and allowed researchers to obtain a sheer number of high-resolution topographic images which according to researchers are “extremely detailed and precise.”

In addition to identifying “mysterious geometric patterns” that could correspond to old gardens, palaces and courts, the images have allowed researchers to understand how ancient water systems worked.

Evans emphasises that the discovery will provide new and fascinating clues about the collapse of the Angkor Empire (also known as Khmer Empire), which flourished in that area and mysteriously disappeared in the fifteenth century, like many other ancient cultures before them.

According to Evans: „We’ve found a huge number of new temples, ancient dams, ponds, temples, quarries, and other evidence of Angkor-era expansion into these ranges. Several of these features can be identified in the image above if you know what you’re looking for….“

„The processing algorithms we use are smart enough to filter out a lot of the modern development and reveal a system of pre-modern water management including reservoirs, dams, and other features,“ added Evans.

Evans obtained funding from the European Research Council (ERC) after they discovered a complex urban landscape that connected medieval temples of Koh Ker and Beng Mealea with Angkor in 2012.

For years, archaeologists suspected that the area was home to a number of ancient structures located ‘under’ Mount Phnom Kulen and other surrounding areas. The theories have now been corroborated by the recent study which allowed researchers to obtain a number of high-res images with an unprecedented  “level of detail.” 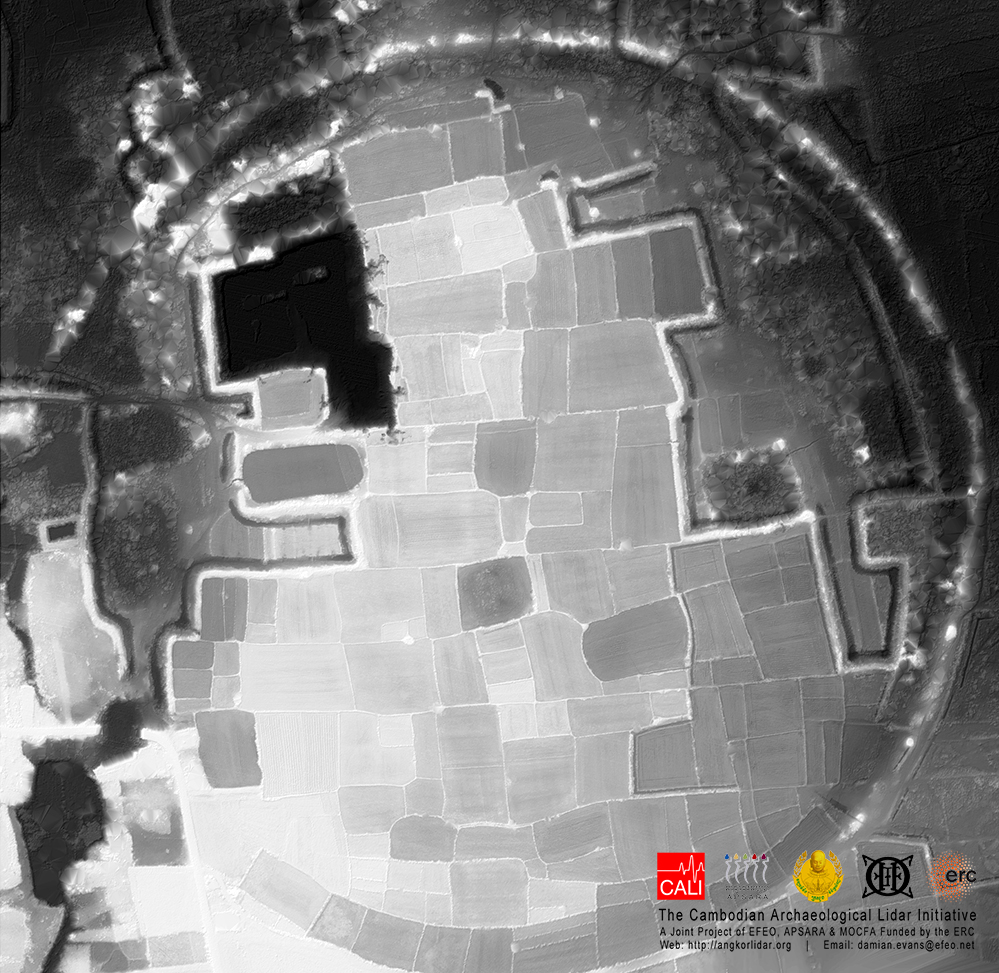