Researchers discovered the first ever ‘landscape’ painted by humans

Excavations at the site of the Molí del Salt (Vimbodí i Poblet, Tarragona, in Spain) have discovered a remarkable piece of prehistoric art: a prehistoric painting composed of seven semicircular motifs on a rock. The ‘Picasso’ of prehistory was created some 14,000 years ago, and according to archaeologists could well be mankind’s first ever architectural drawing.

The 14cm-wide rock was actually discovered in 2013 but was regarded as insignificant by experts. After the rock was cleaned and researchers removed a protective crust composed of dirt, they identified the shapes which are believed to have been engraved 14,000 years ago using a stone or flint tool. 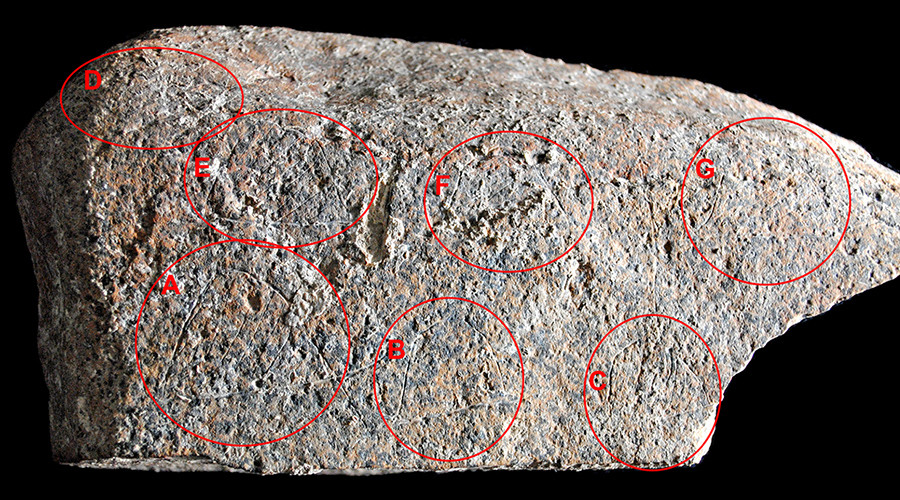 Researchers believe they now have sufficient evidence to suggest that the granite slab discovered on a prehistoric site in Barcelona, Space, has a depiction of a campsite built some 14,000 years ago by early hunter-gatherers during a time they roamed the Iberian Peninsula in search for food and shelter.

According to experts, the picture of semi-circular huts shook up the artistic orthodoxy. Archaeologists said that the creator of this prehistoric masterpiece seems to have broken the rules of prehistoric art by straying away from the stylized fixation on animal or humanoid figures and choosing a new, revolutionary new style by drawing the built landscape.

Marcos García Diez and Manuel Vaquero, the archaeologists behind the discovery believe that artists drew a camp of what appear to be seven grass or animal huts. The structure’s covering seems to be represented by what appear to be hatched lines.

Dr García Diez, of the University of the Basque Country, notes: “This shows for the first time the ability of prehistoric hunter-gatherers to represent society. It’s the earliest-ever representation of huts forming a campsite, a Paleolithic village.”

Researchers noted that given the fact that the huts appeared to be arranged in three levels in the painting, the artist may have tried to give its viewers a sense of visual depth. 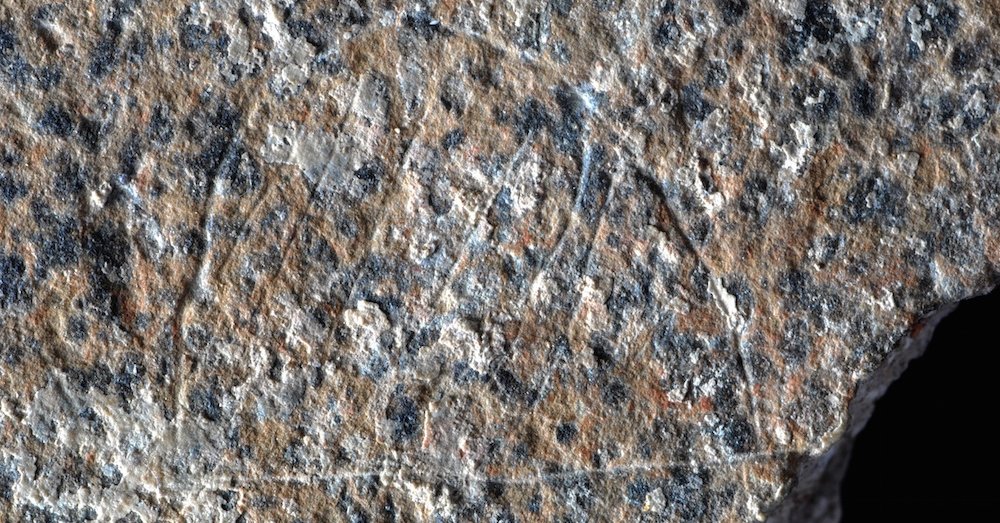 “This Paleolithic engraving from northeastern Spain brings us the first representation of a human social group,” Manuel Vaquero from Catalan Institute of Human Paleoecology and Social Evolution said in a press release.

“There are other representations of landscapes, but they are natural landscapes, mountains, rivers. This is the first human landscape,” he added.

Other researchers have mixed feelings about the Paleolithic masterpiece and say that the paintings might actually depict highly stylized animals. Writing in the PLOS One journal, Dr García Diez and Dr Vaquero said the image should be considered as “photographic” and, as such, represented a significant break from other art of its era.

They said: “It mainly represents a human landscape, suggesting that the human world was the main concern of the artist. Given the social meaning of campsites in hunter-gatherer organization, it can be considered one of the first artistic representations of the domestic and social space of a human group.”