Another extremely strange elongated skull has been discovered near Teotihuacan. Researchers analyzing the remains said that the elongated skull is evidence of a “very peculiar physiognomy” not native to the region. 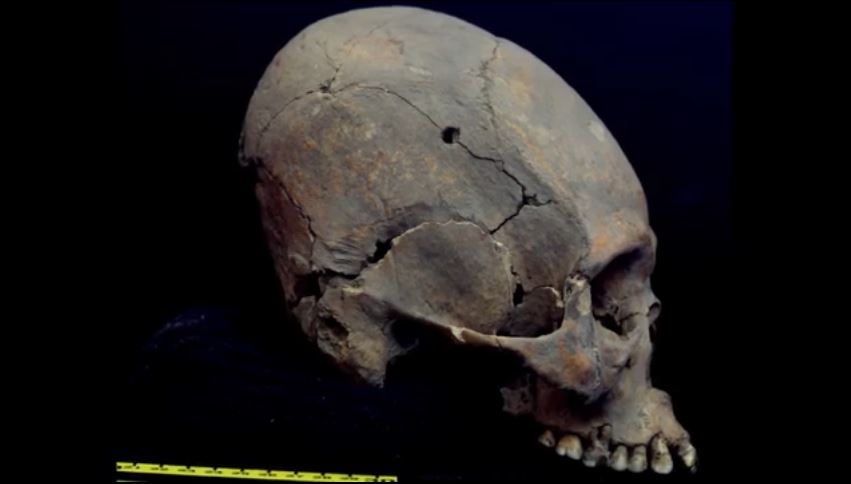 Researchers from the National Institute of Anthropology and History (INAH) are currently studying the remains of a woman with a “very peculiar physiognomy” that belonged to the upper-class of the “Barrio Oaxacan” of Teotihuacan over 1,600 years ago.

Some of the ancient inhabitants of the pre-Columbian culture were distinguished by their attire or their peculiar physiognomy which revealed their rank and origin, just as the recently discovered woman with a freakishly large and elongated skull pointing to a woman that must have belonged to the ‘upper-class’ even though she was not native to the region.

The excavated remains display examples of significant body modifications that are among the most valuable ever found in the region near Teotihuacan.

According to Jorge Archer Velasco, a physical anthropologist who examined the remains: ” The woman was a unique person, who died sometime between the age of 35-40.”

According to reports, the skeleton has been named ‘The Woman of Tlailotlacan’ in honor of the neighborhood where it was found, in the extreme proximity of Teotihuacan.

Teotihuacan, which lies some 50 kilometers of Mexico City, is one of the most fascinating ancient cities ever erected in Pre-Columbian times. The ancient metropolis was one of the largest and most important sacred sites of Mesoamerica. Researchers estimate that during its peak, up to 200,000 people called Teotihuacan their home.

The people who lived there, however, did not leave behind written records which is why researchers are struggling to understand the ancient city and the culture that built it.

According to scientists from the National Institute of Anthropology and History, the woman who died between the age of 35 and 40 was not a native to the region. Experts came to this conclusion after analyzing her elongated skull which was artificially deformed and her teeth encrusted with mineral stones which are not to be found in the area near Teotihuacan.

According to statements from INAH, the cranium of ‘The Woman of Tlailotlacan’ was compressed in a ‘very extreme’ manner, a technique found ni southern parts of Mesoamerica.

” The cranium of ‘The Woman of Tlailotlacan’ shows signs of erect tabular deformation achieved by a very extreme front-occipital compression. This type of cranial deformation is not typical of ancient cultures in the Central Mexican highlands where Teotihuacan is located but is more likely to be found in the south” said one of the experts who participated in the study.