Researchers have discovered the remains of a 1.85 million year old little finger bone which points towards previously “unknown giant ancestors” that might have roamed the planet and used tools in the distant past. 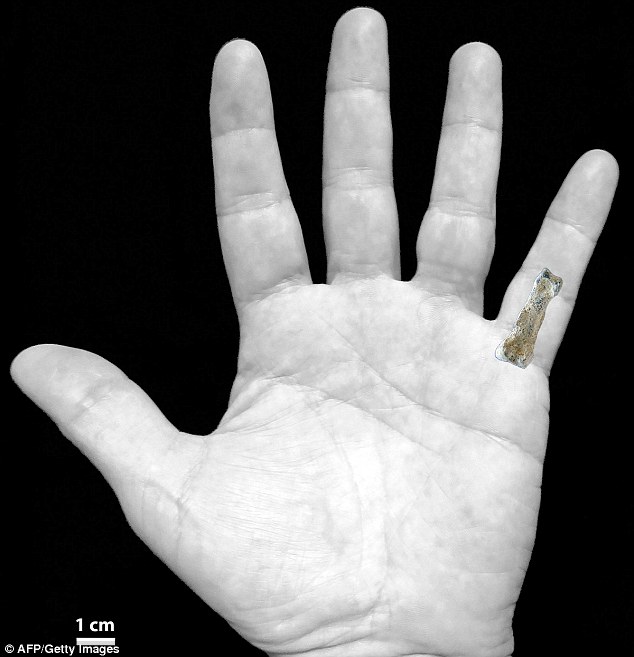 The 1.85 million year old bone was found in Tanzania’s Olduvai Gorge, and belonged, according to researchers to an unknown, extremely large human ancestor.

According to experts, these “unknown” humans would have been 5ft 9 inches tall.

The evolution of the hand is vital to understand how we became human.

‘Our hand evolved to allow us a variety of grips and enough gripping power to allow us the widest range of manipulation observed in any primate,’ he explained.’It is this manipulation ability that interacted with our brains to develop our intelligence, mainly through the invention and use of tools.’ said Manuel Dominguez-Rodrigo, a researcher at the Institute of Evolution in Africa in Madrid.

This discovery is extremely important to researchers and anthropologists because it pushes the earliest “modern” hand back approximately 400,000 years. It also tells researchers when our ancestors abandoned their arboreal perches which caused the hand and finger to evolve as fingers started to straighten carving a way for the creation and use of tools.

“This discovery that we made is the oldest evidence of a completely terrestrial creature,” Dominguez-Rodrigo, who is also one of the principal investigators on the site known as The Olduvai Paleoanthropology and Paleoecology Project, told CBS News.

“That creature was no longer using the trees,” he said. “By liberating the hand from the tree climbing locomotion and adaptations, it became very useful for manipulation. It became the modern hand that we have. Basically what this discovery is saying is that our modern hand, which is the best manipulation hand in any primates, at least has a 2-million-year history.” 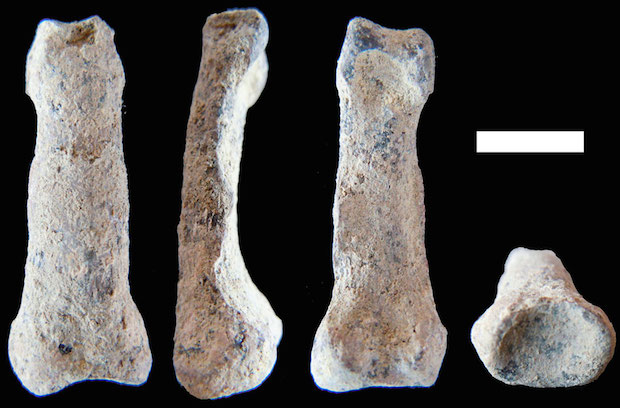 These images show the oldest human hand bone ever found. It was discovered in Olduvai Gorge, Tanzania, and is believed to be more than 1.84 million years old. M. DOMÍNGUEZ-RODRIGO

According to scientists, the earliest “confirmed” stone tools that have been found date for about 2.6 million years ago.

‘Our discovery not only shows that a creature’ – dubbed OH 86 – ‘with a modern-looking hand existed 1.85 million years ago, it also shows that OH 86 was bigger sized than any other prior and contemporary hominin,’ said Dominguez-Rodrigo.

If much larger “humans” existed in the distant past, it would explain how our ancestor managed to hunt down animals sometimes weighing hundreds of kilos.

‘I always had trouble understanding how Homo habilis – barely taller than one metre (3ft) – could efficiently hunt animals that big,’ Dominguez-Rodrigo said.

If experts are able to confirm the existence of a bigger, modern hominid, it would surely explain the giant puzzle researchers are facing.

‘It brings support to those who challenge the view that Homo habilis was the maker of the stone artifacts becoming abundant in layers of this time period,’ commented Jean-Jacques Hublin, director of the department of human evolution at the Max Planck Institute for Evolutionary Anthropology.