Another discovery that will help rewrite history? The mysterious statuette which is believed to be some 10,000 years old was found in one a massive Neolithic and Chalcolithic proto-city settlement located in southern Anatolia, Turkey. 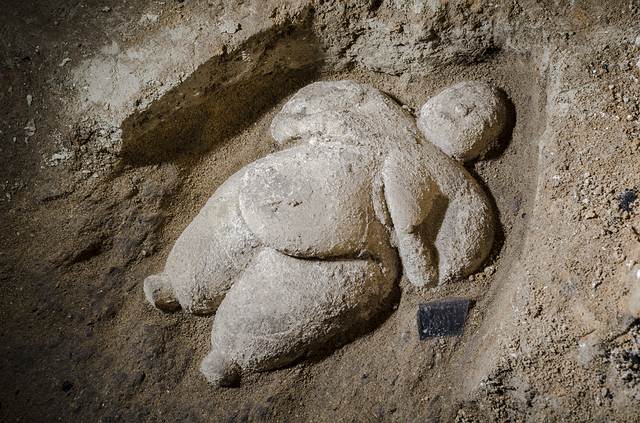 Experts have come across a fascinating discovery in Turkey as archaeologists unearth a marble figurine believed to be some 10,000 years old, in a massive Neolithic and Chalcolithic proto-city settlement located in southern Anatolia, Turkey.

Archaeologists have been excavating at Çatalhöyük since the 1960’s.

Regarding historical value and craftsmanship, the figurine which according to early estimates dates back to 5500-8000 BC.

The marble statuette is believed to depict a voluptuous woman which according to archaeologists may depict an ancient fertility goddess.

In terms of size, the figurine measures 17 centimetres in length and weighs a little over one kilogramme.

Professor Ian Hodder, an anthropologist at Stanford University who found the statute with his team, believes it was used as a religious or ritual item.

“The figurine was found beneath a platform along with a piece of obsidian which suggests that it may have been placed there as part of some ritual.”

“The new figurine certainly suggests such an interpretation with its sagging breasts and belly,” he said.

The site where the statuette was discovered, Çatalhöyük is believed to have been founded sometime around 7500 BC and abandoned later in 5700 BC.

According to researchers, the figurine could be of great importance and incalculable historical value.

If the statuette proves to be older than 7500 BC, it may lead towards us rewriting history once again.

Furthermore, if the figurine was in fact used during rituals, it could offer experts great insight into the ancient cultural life of Çatalhöyük.

However, the discovery raises many questions as well.

Is it possible that ancient society in Çatalhöyük performed rituals in their homes instead of public places? If they did perform rituals then, what sort of rituals were these?

All of these questions are expected to be answered in the near future as researchers learn more about Çatalhöyük, the statuette and its origin.

Experts indicate that this ancient settlement marks a very important period in the history of early cultures. It was during this time when Çatalhöyük flourished as society transitioned from settled villages to urban agglomeration.