This kinda’ reminds of what Tesla spoke about and why he had such massive love and respect for thunder and electricity.

A team of researchers from the University of Florence discovered an ancient Etruscan temple on the summit of Mount Giovi (the mountain of Jupiter), about 992 meters above sea level, in Tuscany near the town of Fiesole—possibly founded between the 9th and 8th century BC. 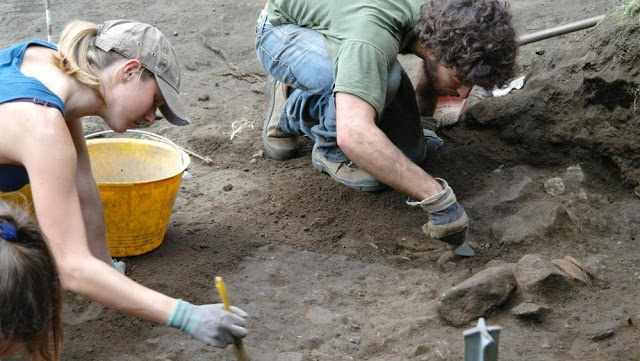 At the temple, the Etruscan priests studied lightning in order to interpret the will of the gods and somehow predict the future.

The temple is located on a rectangular embankment at the top of the mountain, where already in the 1970s bronze items and several arrowheads and iron javelins had been found.

The new excavations brought to light three levels of settlement from different eras.

Among the findings is a lituus, an augural ritual iron rod used by priests to delimit a sacred area in the sky, limiting a field of observation. The augur divided the sky into regions and observed the flight of birds and meteorological phenomena, seeking favor or misfortune for a certain event.

The lituus found is one of the oldest in the world, and one of the few found in a temple since most come from the tombs of the priests, with whom they used to bury the artifacts.

It appeared broken and embedded in the ground in the middle of the paved area, which the researchers believe was the auguraculum, a temple without a roof oriented according to the cardinal points. From there the priest observed the sky.

The Etruscans divided the sky into 16 parts, corresponding each to a different divinity.

Therefore, according to archaeologist Luca Cappuccini, it was as important for them to observe natural phenomena as lightning.

“The lituus had been broken and buried in the ground in the middle of the paved area”, says Cappuccini. “From the location, it can be assumed that this was an ‘auguraculum’, a celestial temple. A place used to interpret the will of the gods.”

As for the temple, it is believed that it was dedicated to Tinia, the Etruscan equivalent of Jupiter and Zeus, also associated with lightning, spears, and scepters.

Tinia was also the god who governed the passage of time.