Four ancient coins made of copper were discovered among the ruins of an ancient castle, and carry what researchers say are images of Constantine I and a soldier with a spear. It is the first time Ancient Roman coins were found nearly 10,000 kilometers from where they were originally minted.

In total, experts uncovered ten bronze and copper coins, with the oldest ones dating fo about 300-400 AD. It is yet another discovery which caught researchers completed by surprise.

Another fascinating discovery has been made as researchers have discovered four ancient Roman coins which date back from the third or fourth century AD among the ruins of Castle Katsuren in Uruma, on the island of Okinawa in Japan.

The four ancient coins, created in the ancient Roman Empire, have been excavated in a Japanese fortress that existed between the twelfth and fifteenth centuries, according to reports from The Japan Times. It is the first time such objects were discovered in Japan, and point towards the fact that one more time, our history books need to be changed.

“At first I thought they were one-cent coins dropped by US soldiers,” archaeologist Hiroki Miyagi said.

“But after washing them in water I realized they were much older. I was really shocked.” 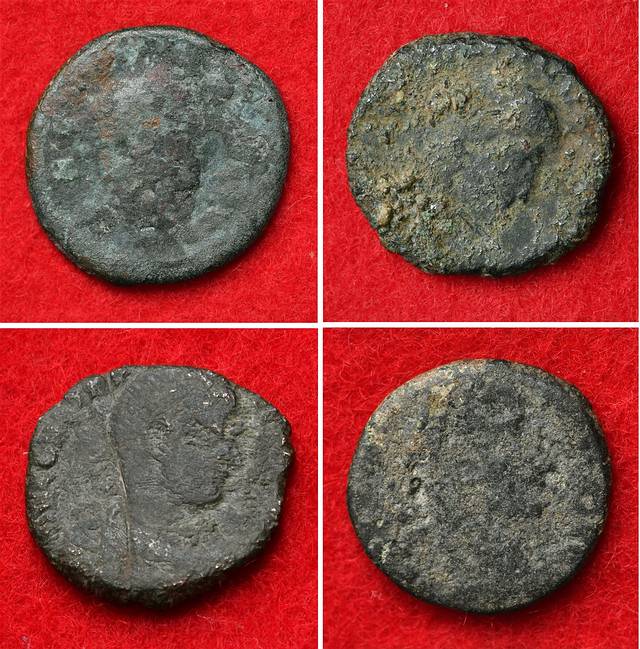 Further researcher revealed more details which undoubtedly prove the coins were minted thousands of miles away from where they were found.

X-Ray Analysis proved that the dime-sized coins were covered with ancient Roman letters.

Researchers also discovered other coins from later periods and belonging to the Ottoman Empire.

Researchers cannot say for sure as to where exactly the coins were created in ancient Rome, but scholars argue that they would have traveled over 9,900 kilometers to get to the castle.

The Katsuren Castle is believed to have been the home of a feudal lord with great ties in regional trade. However, experts argue they were unaware that he had business ties with the ancient Roman Empire.

However,  a spokesperson from Uruma city’s Board of Education said: “We don’t think that there is a direct link between the Roman empire and Katsuren Castle, but the discovery confirms how this region had trade relations with the rest of Asia.”

“East Asian merchants in the 14 and 15th centuries mainly used Chinese currency, a round coin with a square hole in the middle, so it is unlikely that the Western coins were used as a means of currency. I believe they probably got the coins in Southeast Asia or China.”