Researchers find Pre-Inca Petroglyphs at Machu Picchu that could rewrite...

Researchers from the National Park of Machu Picchu have found near Machu Picchu what they believe are Petroglyphs that predate the Ancient Inca civilization. According to archaeologists, the set of petroglyphs could REWRITE Andean history. 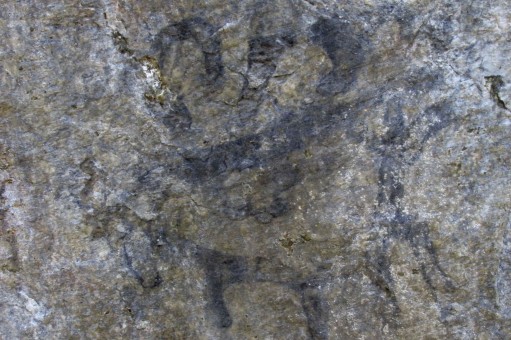 The ancient city of Machu Picchu covers a staggering 32,592 hectares of mountain slopes, peaks, and valleys.

According to researchers, it is one of the most intricate ancient cities ever discovered on the planet. Most of the junctions in the central city are so perfect that not even a blade of grass can fit between the stones.

Located near the Pachamama region, some 100 meters from the citadel of Cusco, researchers from the National Park of Machu Picchu have discovered mysterious cave paintings that could change the history of ancient Peru. The strange cave paintings are believed to be linked to a period in history before the existence of the ancient Inca.

According to Jose Pretty, responsible for the research program of the sanctuary, the discovery of the Pre-Inca cave paintings could change the history of Machu Picchu as the figures depicted on stone offer clues about a Pre-Inca population that inhabited the area thousands of years ago.

One of the paintings made in ocher and black paint depicts a man who carries a llama and a still unidentified geometric element.

Speaking to ‘El Comercio,’ researchers said: “This could prove that the place had a special meaning for people before the Incas. Research is just beginning.“

The discovery was made possible thanks to the work of the Decentralized Culture Directorate of Cusco in collaboration with Tumi Gori Echevarria, of the Peruvian Association of Rock Art.

Machu Picchu is a 15th-century Inca site located 2,430 meters above sea level in the Cusco region of Peru situated on a mountain ridge above the Sacred Valley; this ancient city is the most familiar icon of the great Inca civilization.

It is believed to have been built as an estate for the Inca emperor Pachacuti. According to scholars, Machu Picchu was an ancient city built-in classical Inca style, with construction elements that defy our very own engineering skills today.

Archaeologists have been baffled by the fact that most of the junctions in the central city are so perfect that not even a blade of grass can fit between the stones.

Machu Picchu has three primary structures identified by archaeologists; the Inti Watana, the Temple of the Sun, and the Room of the Three Windows.

While scientists believe that MachuPicchu has around 150 buildings ranging from baths and houses to temples and sanctuaries; Excavations in the 1960s by Gene Savoy and later extensive mapping by Vincent Lee suggest that this ancient city has over 450 buildings in its enclosure.