Researchers Find The Remnants Of A Lost Ancient Metropolis In Africa

The remnants of a lost ancient city have been discovered by archaeologists in the outskirts of the city of Johannesburg in South Africa.

What was once considered nothing more than scattered stone huts, have turned out to be the last surviving evidence of an ancient metropolis — lost in time.

The region, covered in dense vegetation doesn’t allow for the eye to see much. And it has been reported that after several decades of studies, this lost city has barely been explored.

But as technology moves forward and becomes available in different fields like archaeology, new discoveries are slowly coming to light.

Thanks to the use of LIDAR (Light Detection and Ranging), researchers have revealed the mystery behind the few stone huts.

LIDAR scans have revealed that site was in fact home to a vast metropolis, composed of various living quarters, and a vast trade network.

The new study has brought the ancient city (called Kweneng) back to life through technology.

Their ancestors are thought to have lived in the distant past in as many as 800 homesteads inside the city, housing around 10,000 people belonging to the Tswana-speaking ethnic group.

“What this means is filling in a huge historical gap, especially for southern Africa, because we know the pre-colonial history of southern Africa has no written record,” explains Fern Imbali Sixwanha, an archaeologist at the University of Witwatersrand who participated in the study.

And like many other ancient sites across the world which have come back to life thanks to technology, this ancient city too was ‘brought back to life.’

“So now we’re starting to fill in the gaps using this LIDAR technology,” added Sixwanha.

In fact, LIDAR technology was also used by archaeologists when they discovered the super-massive ancient Mayan metropolis not long ago. 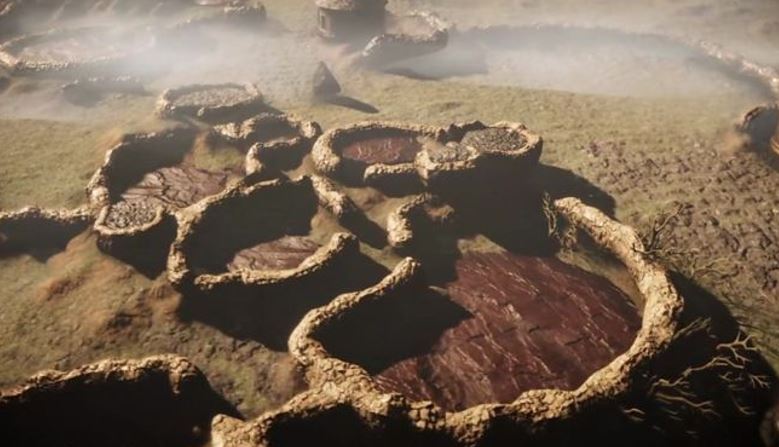 Now, the technology has become more available to experts who are taking advantage of its countless possibilities, allowing archeologists to peer through dense forests and jungles, making it possible for experts to explore even the most remote places on Earth.

Archaeologists have revealed that the city of Kweneng was also home to two massive enclosures, which together spanned across more than 10,000 square meters. This massive area was most likely occupied by cattle.

The new studies revealed that this lost, ancient Arica metropolis spanned around 20 square kilometers, and lived through its prime between the 15th and 19th century.

At its peak, the city is thought to have been an extremely rich and thriving city.

The city is believed to have declined and eventually abandoned due to civil unrest.