The Roman construction secret; concrete mortar based on volcanic ash 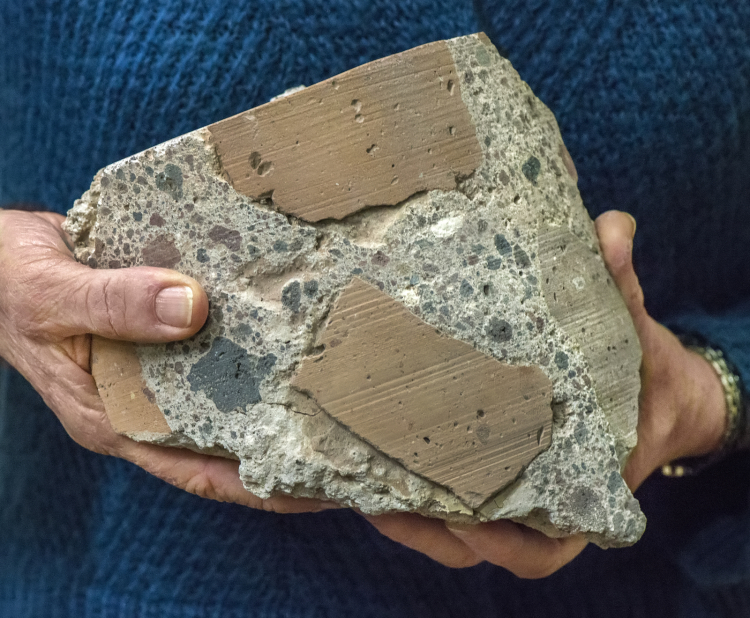 Roman architecture managed to stand the test of time thanks to a ‘secret ingredient’: the existence of volcanic ash in the mortar. Scientists believe that ‘recipe’ can be useful for the construction of modern day buildings.

A group of researchers from the Department of Energy has revealed that the world famous monuments of Roman architecture such as the Colosseum, the Pantheon, the Imperial Forum and Trajan’s Market are built with mortar containing volcanic ash, reports the journal New Center. So far the secret of the strength of materials was unknown.

A volcanic ash–lime mortar has been regarded for centuries as the principal material constituent that provides long-term durability to ancient Roman architectural concrete. A reproduction of Imperialage mortar based on Trajan’s Markets (110 CE) wall concrete resists microcracking through cohesion of calcium–aluminum–silicate–hydrate cementing binder and in situ crystallization of platey strätlingite, a durable calcium-aluminosilicate mineral that reinforces interfacial zones and the cementitious matrix. In the 1,900-y-old mortar dense intergrowths of the platey crystals obstruct crack propagation and preserve cohesion at the micron scale. Trajanic concrete provides a proven prototype for environmentally friendly conglomeratic concretes that contain ∼88 vol % volcanic rock yet maintain their chemical resilience and structural integrity in seismically active environments at the millenial scale.

Using X-rays, scientists have studied a replica of a mortar used in Roman times that was tested in the past for fractures or microcracks. Thanks to an experiment that lasted 180 days, researchers have been able to determine that the mortar contained in its composition volcanic ash, which creates crystal structures that prevent the appearance of microcracks which gives a material incredible properties allowing it to become an eternal material.

The scientific basis of this exceptional service record is explored through computed tomography of fracture surfaces and synchroton X-ray microdiffraction analyses of a reproduction of the standardized hydrated lime–volcanic ash mortar that binds decimeter-sized tuff and brick aggregate in the conglomeratic concrete.

Researchers will continue to investigate the qualities and properties of volcanic ash and seek ways to incorporate the production into modern concrete to improve its resistance.