Scientists make surprising discoveries after drilling into Zealandia, the lost...

After studying the sunken continent for nine weeks, a scientific expedition of 32 scientists from 12 different countries has posted the results of their research. Researchers discovered that Zealandia broke off of Australia after having separated from Antarctica millions of years ago, and most importantly, significant new fossil discoveries were made, something that indicates that the sunken continent was not always deep beneath the ocean say scientists.

Not long ago scientists discovered that our planet had more continents in the distant past. One of them is Zealandia or Tasmantis an ancient lost continent that sunk after breaking away from Australia 60–85 million years ago, having separated from Antarctica between 85 and 130 million years ago.

Now, after a nine-week expedition to study the submerged continent a team of 32 scientists from 12 different countries arrived on the coast of Hobart, Tasmania, with the results. 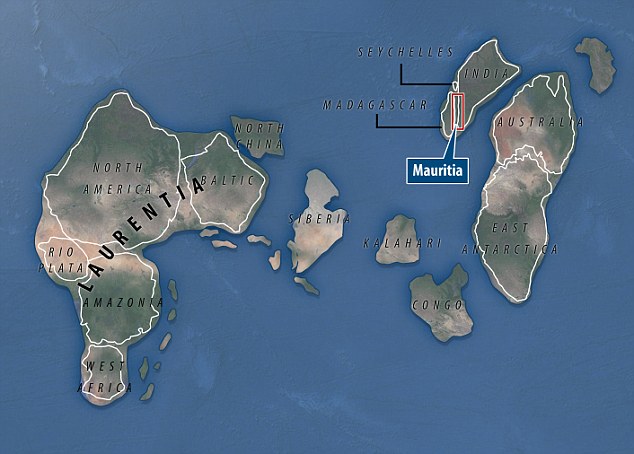 “This expedition offered insights into Earth’s history, ranging from mountain-building in New Zealand to the shifting movements of Earth’s tectonic plates to changes in ocean circulation and global climate,” Allan said.

In February of this year, Zealandia was named as Earth’s seventh continent, kicking off a scientific race, attracting researchers from around the world who are eager to unravel the characteristics of the submerged continent located several kilometers under the sea.

Expedition scientists drilled deep into the seabed of the lost continent at six specific sites in water depths of more than 1,250 meters. Researchers managed to collect 2,500 meters of sediment cores from layers that record how the geography, volcanism, and climate of Zealandia have changed over the last 70 million years reports phys.org.

Significant NEW fossil discoveries were made.

While anything related to the lost world of Zealandia is exciting, expedition co-chief scientist Gerald Dickens of Rice University in the U.S., says how significant new fossil discoveries were made, something that indicates that the sunken continent was not always deep beneath the ocean.

“More than 8,000 specimens were studied, and several hundred fossil species were identified,” said Dickens. “The discovery of microscopic shells of organisms that lived in warm shallow seas, and of spores and pollen from land plants, reveal that the geography and climate of Zealandia were dramatically different in the past.”