In Brief: This is Antarctica as you’ve never seen it before. Scientists have recently released what is considered right now the most accurate, high-resolution terrain map of the icy continent ever released.

The new map has a stunning resolution of 2 to 8 meters – compared to previous standard charts of 1,000 meters. This means that you now have the ability to explore Antarctica in a never-before-seen way.

And as you’ve probably imagined by now, the map is huge. In fact, it’s so big that it occupies 150 terabytes on a computer.

Ian Howat, professor of Earth sciences and director of the Byrd Polar and Climate Research Center at The Ohio State University explained: “It is the highest-resolution terrain map by far of any continent. Up until now, we’ve had a better map of Mars than we’ve had of Antarctica. Now it is the best-mapped continent.”

The map is expected to help researchers understand the icy continent better while revolutionizing the way we study Earth’s coldest continent. In fact, REMA is expected to aid scientists in planning new excursions to Antarctica, helping them navigate through treacherous, unforgiving terrain.

Unlike previous terrain maps of Antarctica, REMA offers scientists an incredible view of features that were blurred or not visible in previous maps.

Comparing REMA to older maps of Antarctica shows just how good the new map is. 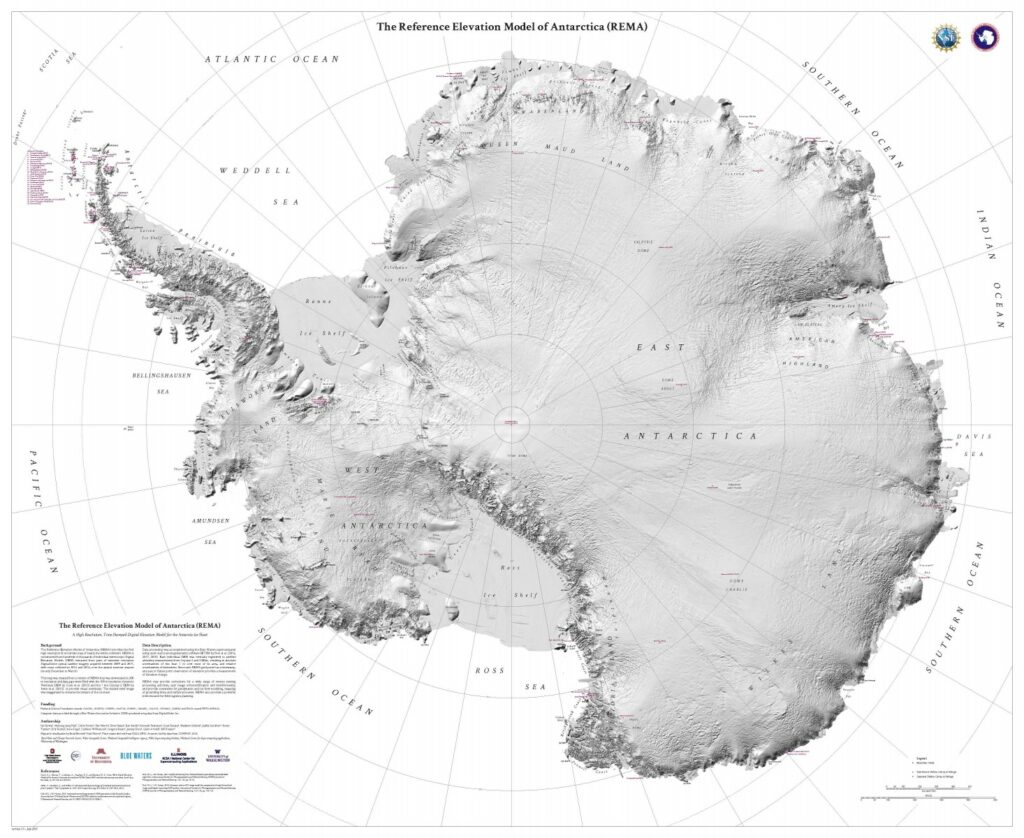 “At this resolution, you can see almost everything,” said Ian Howat.

To assemble the map, scientists used the Blue Waters supercomputer to help process the massive data files. They then used software designed by experts at the Byrd Center that allowed them to properly assemble overlapping satellite images, obtaining one massive, beautiful map of the Antarctic continent.

“The software had to filter data, process it, and turn it into a refined product for the scientific and broader community to use,” explained Howat.