Scientists Reveal The Earth May Soon Run Out Of Fresh...

A new study considers the increase in world population and climate change as the main causes of this worrying issue. Scientists used a number of global climate models to project future climate scenarios while factoring in data on expected population growth. 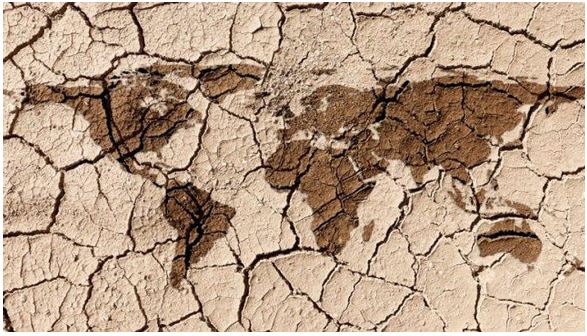 According to experts, the USA has 204 basins that supply the country with fresh water.

Of these, 96 would not be able to comply with the usual supply after 2071, reveals a study by Earth’s Future.

In the new study, scientists indicate the main cause of this problem climate change and the increase of the population.

“There’s a lot of the US over time that will have less water,” one of the researchers, economist Thomas Brown from the US Forest Service told Reuters.

In his opinion, the most affected basins will be those of the center and south of the Great Plains, the southwest and the center of the Rocky Mountain region, California, some areas of the south, such as Florida, and the Midwest.

The new study explains that water stability in the US was achieved in the 1980s, after years of increased demand which saw water usage surge ninefold since the turn of the 20th century.

But thanks to advances in dams, tunneling, and pipelines, water usage has been relatively stable and without concerns despite a growing population, the researchers explain.

However, they explain that with reservoir construction peaking in the 1960s, those adaptations will not be able to deliver the same results in the near future.

“Although studies show that climate change is likely to bring increasing precipitation in many areas of the contiguous 48 states of the [US], especially in northern regions, other areas are expected to receive less,” the authors wrote in the study.

Climate change will play a huge role in the potential development of the freshwater crisis, not experts.

“Furthermore, increasing temperatures, which are expected everywhere in the US, will tend to lower streamflow via the effect of temperature on evaporative demand, in some areas completely negating the positive effect of increasing precipitation and leading to decreasing streamflow.”

But how do we stop the issue from being a global crisis?

To reverse this situation, scientists explained it is necessary to modify our water-using customs.

Fundamentally in agriculture, they point out, which is responsible for 75% of annual freshwater consumption in the US, and in industry.

Therefore, Brown and his team explain that we need to change the way we utilize freshwater. We also need work on increasing the efficiency of its use, by reformulating current utilities.

Not long ago, reservoir construction mas a massive boost to water stability. But the world is not the same place it was a few decades ago.

The planet is becoming hotter and drier, and researchers say dams will be less useful compared to other 21st century adaptations, such as boosting irrigation efficiency.

“Where water is the limiting factor, a reservoir enlargement is unlikely to store any water,” Brown explains.

The findings are reported in Earth’s Future.