Scientists state there are three ways the world could end 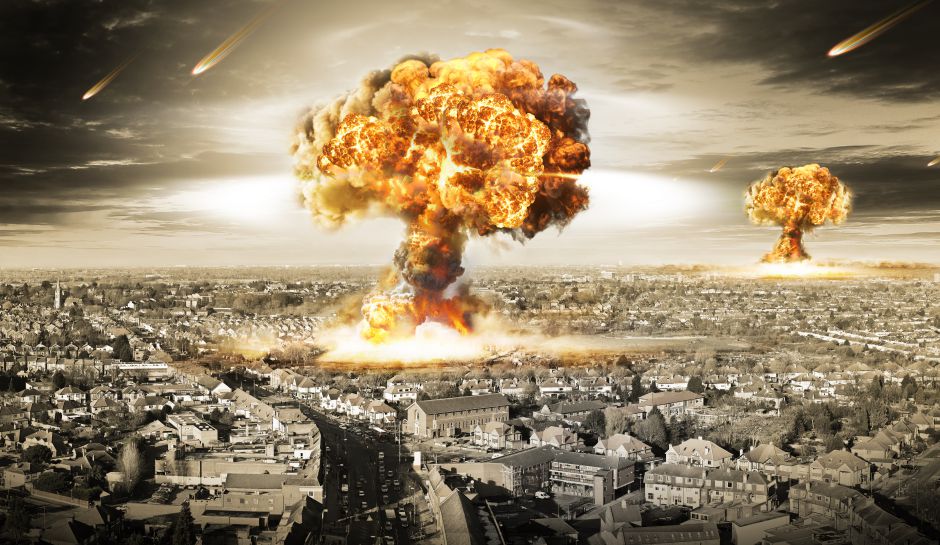 According to experts, there are three main apocalyptic theories, stating that pandemics, climate change, and nuclear war could wipe out our planet unless governments around the globe take action.

While the world has ended so far only in Hollywood movies, an apocalyptic science strike fear into us all. Now experts have warned that what was previously thought only possible in movies could become a terrifying reality for humanity.

Scientists say that the three greatest risk for our species are pandemics, climate change, and a nuclear war, and that world leaders must come together in order to limit each of the risks.

This new warning originated in a report written by experts at the Oxford University.

The authors of the study have asked the international community to take the matter seriously and recognize the importance of our species future, and our need to ensure that these threats are limited to a  minimum.

The report titled—existential risk, diplomacy, and governance—was carried out by the Future of Humanity Institute (FHI) which belongs to the Faculty of Philosophy at Oxford University.

Researchers from the Oxford University sat down with scientists from different fields in order to come up with a number of crucial steps that could reduce the existential risks.

Experts concluded that governments around the globe must put more effort in planning for extreme and unprecedented diseases such as the Zika Virus, and Ebola.

Experts warn that new emerging diseases are one of the greatest threats to our existence since they involve UNKNOWN pathogens and there are no vaccinations to counter them.

“As the Ebola and Zika crises showed, managing pandemics is a global responsibility, but too much planning is still national, and little attention is paid to worst-case scenarios including risks from deliberately engineered pathogens,” says lead author Sebastian Farquhar.

However, in addition to the numerous potential diseases, experts also highlighted the need to focus on the limitation and identification of biological weapons which have become one of the greatest risks in the 21st century.

“A recent survey of the views of national technical experts on biological weapons highlighted a dire need for broader and more sustained international focus”, said Piers Millett, a biosecurity expert at the Future of Humanity Institute.

However, biological weapons are still not as dangerous as nuclear bombs, which have the ability to demolish entire cities –even countries— in a matter of seconds, making them the most feared weapons in the history of our civilization.

The authors of the report reached out to the international community saying that we need to recognize the importance of our species future and minimize existential threats.

“International cooperation on global risks is more important than ever,” wrote Sebastian Farquhar, one of the authors of the report.

Source and reference: Report by the Future of Humanity Institute (FHI)