Something Mysterious Is Happening With Earth’s Magnetic North Pole

Something odd is happening at ‘the top of the world.’According to a recent study, Earth’s Magnetic North Pole has been moving away from Canada towards Siberia, driven mysteriously by the liquid iron that extends into the core of the planet.

As noted by scientists, since 2014, the core field has varied in a currently unpredictable manner.

Studying the Magnetic North Pole and understanding its variation is of great importance. 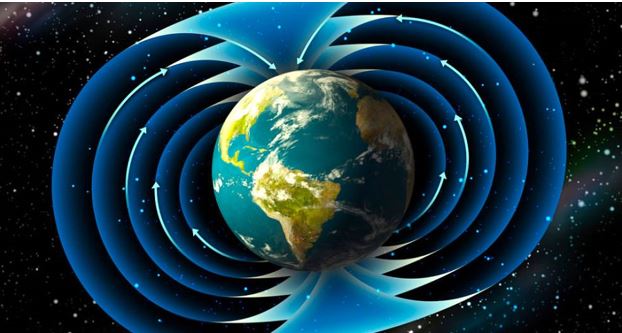 That’s why scientists will soon meet in order to update the World Magnetic Model, which describes the magnetic field of the planet and underlies all modern navigation, from the systems that direct ships in the sea to Google Maps on smartphones.

The most recent model was released in 2015 and was supposed to remain unchanged until 2020. However, the magnetic field is changing so fast, that researchers have to update the model sooner than thought.

“The error is increasing all the time,” says Arnaud Chulliat, an expert in geomagnetism at the University of Colorado.

“The magnetic poles drifts, the field gains strength and weakens, and the immense magnetic field of the Sun, carried by the solar wind, constantly batters at it from the outside,” explained British Geological Survey blogger, Will Brown.

Earth’s Magnetic North has been moving all over the place. This erratic and unpredictable movement fascinated explorers and scientists since James Clark Ross measured it for the first time in 1831 in the Canadian Arctic.

In the mid-1990s, its speed increased, from around 15 kilometers per year to around 55 kilometers per year. By 2001, it had penetrated into the Arctic Ocean, where, in 2007, a team that included Chulliat landed a plane on sea ice in an attempt to locate the pole.

“The World Magnetic Model is the standard magnetic model used for navigation by organizations such as NATO, the Ministry of Defense, and the U.S.’ Department of Defense, and also by smartphone operating systems such as Android and iOS. When you open your smartphone’s map app, you may see an arrow pointing which way you’re facing, and there’s something quite clever going on underneath. Your phone contains a magnetometer that is measuring the Earth’s magnetic field. To make sense of this information, a reference model like the World Magnetic Model is needed to correct the measurements of magnetic north made by your phone to True North,” reports the Maritime Executive.

In 2016, just after the last update of the global model, part of the magnetic field accelerated temporarily in the depths of northern South America and the eastern Pacific Ocean.

Satellites such as the Swarm mission of the European Space Agency tracked the change. In 2018: the pole crossed the international date line to the eastern hemisphere.