Professor Hawking has said that Artificial Intelligence could replace humans. “I fear that AI may replace humans altogether. If people design computer viruses, someone will design AI that improves and replicates itself. This will be a new form of life that outperforms humans.”

Professor Stephen Hawking has issued a new stark warning regarding Artificial Intelligence. According to the world-renowned genius, robots will soon be considered a new form of life which can outperform humans, and eventually replace humans.

Professor Hawking has already spoken out in the past regarding the potential dangers of artificial intelligence, saying that humans should tread carefully when it comes to developing robots.

Now, during an interview with wired, Professor Hawking warned that AI will soon reach a level where they could be considered a new life form on Earth and outperform humans.’

Professor Hawking said that Artificial Intelligence might replace humans altogether, although he didn’t specify a timeline for his predictions. 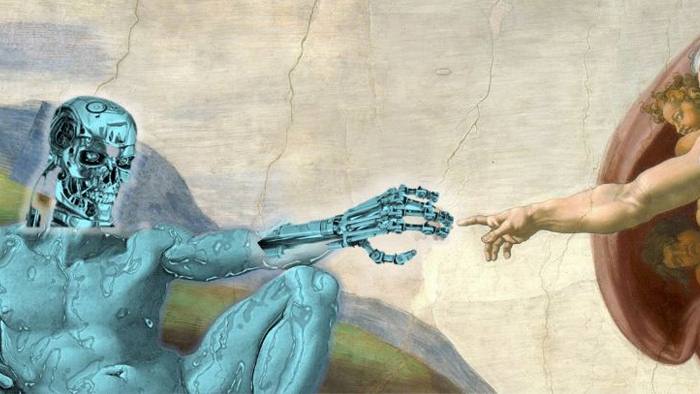 “I fear that AI may replace humans entirely. If people create computer viruses, someone will create AI that develops and replicates itself. This will be a new form of life that outperforms humans.”
During the interview, Professor Hawking also urged more people to take a part in science, warning that there would be ‘serious consequences’ if this didn’t happen.

Professor Hawking also said that we need to start developing a new space programme, ‘with a view to ultimately colonizing suitable planets for human habitation.’

“I believe we have entered the point of no return. Our Planet is becoming too small for us, global population is growing at an alarming rate, and we are in danger of self-destructing.”

In 2016, Hawking made several warnings when speaking about Robots saying that we could soon reach a point where artificial intelligence could develop a will of its own that is in conflict with that of humanity.
“I believe there is no deep difference between what can be achieved by a biological brain and what can be achieved by a computer,” said Professor Hawking at a conference in Cambridge at the launch of The Leverhulme Centre for the Future of Intelligence

“It, therefore, follows that computers can, in theory, emulate human intelligence – and exceed it.”

Professor Hawking said the potential benefits were many and the technological revolution could help mankind undo some of the damage done to the natural world by industrialization.

However, he warned that “In short, success in creating AI could be the biggest event in the history of our civilization.”