Stephen Hawking warns: The human race is doomed if we...

Another dire warning comes from one of the greatest and smartest men on Earth, Professor Stephen Hawking.

According to the world-renowned astrophysicist, the human race must leave our planet in the Next 30 years in order to avoid cataclysmic events caused by over-population and climate change.

During a speech at the Starmus science festival held in Trondheim, Norway, the world’s smartest man noted that it was very important that humans establish a colony on the moon and Mars—taking with us an ‘intergalactic Noah’s Ark, filled with plants, animals, fungi, and insects, which will allow us to create and populate a new world. 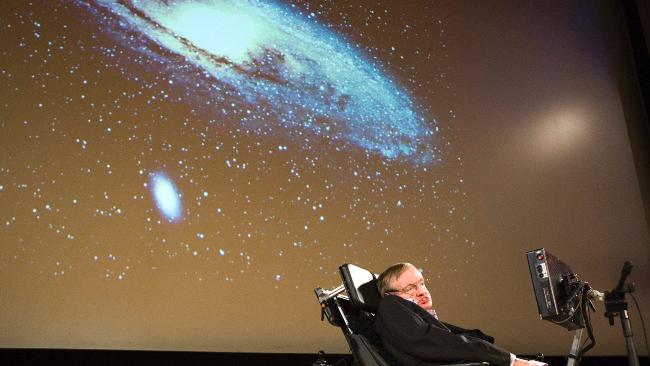 According to the British scientist, it is only a matter of time before our planet is destroyed by either a massive asteroid or comet impact or soaring temperatures or over-population.

Professor Hawking said that ‘the threats are too big and too numerous.’

“I am convinced that humans need to leave earth. The Earth is becoming too small for us, our physical resources are being drained at an alarming rate.”

“We have given our planet the disastrous gift of climate change, rising temperatures, the reducing of polar ice caps, deforestation and decimation of animal species.

“When we have reached a similar crisis in or history there has usually been somewhere else to colonies. Columbus did it in 1492 when he discovered the new world. But now there is no new world. No Eutopia around the corner. We are running out of space and the only places to go to are other worlds.”

Like many other scientists have already warned, Professor Hawking also said that our planet would eventually be impacted by a catastrophic asteroid or comet.

“This is not science fiction it is guaranteed by the laws of physics and probability. To stay risks being annihilated.”

“Spreading out into space will completely change the future of humanity. It may also determine whether we have any future at all.”

“Wherever we go we will need to build a civilization, we will need to take the practical means of establishing a whole new ecosystem the will survive in an environment that know very little about and we will need to consider transporting several thousands of people, animals, plants, fungi, bacteria, and insects.”

So where do we go?

According to Professor Hawking, we need to go to the Moon and Mars eventually. Professor Hawking noted that a lunar base could be built within 30 years and a colony on the surface of the red planet within 50 years.

However, Professor Hawking did not stop there, suggesting that the human race must leave the solar system and venture out to the nearest solar system Alpha Centauri—home to a planet called Proxima B which experts say is most likely very similar to Earth.

“It is clear we are entering a new space age. We are standing at the threshold of a new era. Human colonization and other planets is no longer science fiction, it can be science fact.

“The human race has existed a separate species for about two million years. Civilization became about 10,000 years ago and the rate of development has been steadily increasing, if humanity is to continue for another million years it relies on boldly going where no one has gone before. I hope for the best. I have to. We have no other option.”