Stonehenge 2.0: Researchers discover another megalithic monument near the British...

According to experts there is a ‘Stonehenge 2.0’:

Researchers have discovered another megalithic monument near the British jewel.

Just when we thought we had discovered everything there is to discover another incredible finding pop ups and here we go again. This finding could get very exciting very soon.

A group of archaeologists has discovered a prehistoric wonder that has hidden for centuries going unnoticed less than two kilometers from the popular megalithic Stonehenge monument located in the south of the UK. The discovery was made possible thanks to an advanced radar which experts used to scan the site. ‘Stonehenge 2.0’ as it has been dubbed by researchers, could turn out to be the largest Neolithic monument ever built in the United Kingdom.

Experts say that the monument was an ancient project of ‘extraordinary scale.’ The mysterious ancient structure has over 90 pieces of megalithic blocks of stone which were found at a depth of around one meter below the surface.

This incredible site is believed to date back at least 4,500 years. Each of the megalithic blocks of stone has around 4.5 meters in height. Unlike Stonehenge which was constructed to form a circle, this archaeological site is believed to form a straight line along the southeastern part of Durrington Walls, a Neolithic settlement surrounded by a ditch and a fortification, the largest in the UK. 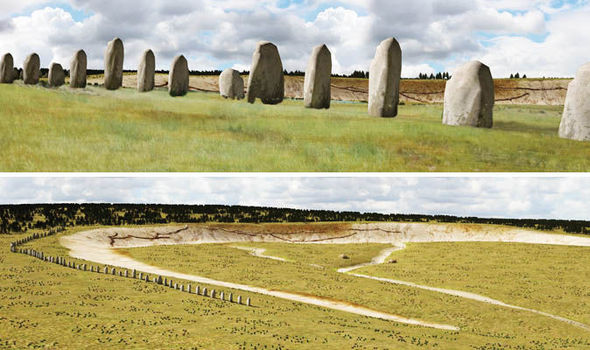 According to experts, the megalithic blocks of stone could have been a rival attraction opposite to those of Stonehenge, but could have also belonged to the same complex. So far the answer remains a mystery as researchers have very little information about ‘Stonehenge 2.0.’ 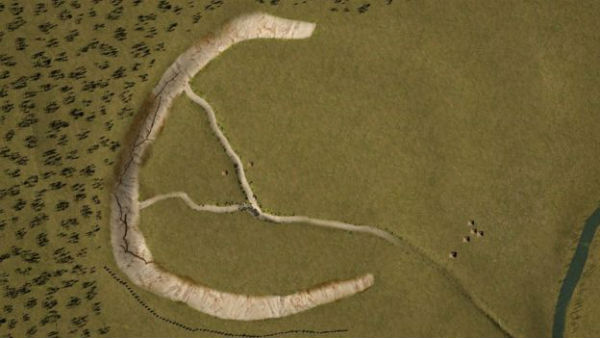 The giant blocks of stone were moved and placed horizontally for an unknown reason in the distant past, why the ancient did this remains a mystery.