Study shows Shroud of Turin has DNA from Around the...

The mysterious and controversial cloth has gotten even more mysterious as a new study has shown that the enigmatic cloth contains DNA from around the planet. It is believed to be by many as the burial cloth of Jesus, and the center of a debate between skeptics, historians, and archeologists. Now, the mystery regarding the enigmatic cloth deepens further as DNA tests show it contains traces of DNA from around the globe.

The cloth of approximately 4.5 meters in length was the alleged shroud placed over the body of Jesus Christ at the time of his burial. It has remained as an object of fascination for both the Christian faith and science.  Its origin is controversial, while some place the shroud of Turin more than 2,000 years ago to adjust the story to a supernatural origin, others believe it dates between the 13th and 14th century, based on a radiocarbon dating carried out on the linen in 1988. In addition, despite thorough scientific analysis, so far no one knows for sure how the image of a crucifixion victim is shown on the shroud although many say it is the work of Leonardo da Vinci. 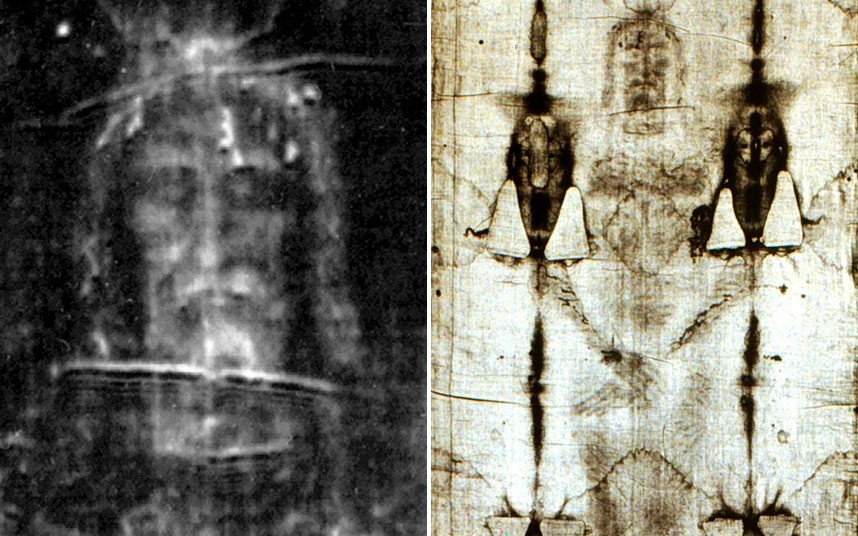 While many believe that the stains and images seen on the shroud are the results of an artist’s work, many people believe that the image was literally transferred from Jesus’ body onto the cloth by the miraculous release of ‘divine light’.  The modern scientific analysis seems to contradict the theory where the cloth encased the body of Jesus of Nazareth, around 30 AD.

The first time scientists managed to get their hands onto the shroud was in 1969 when experts performed physical examinations, chemical analysis, and radiocarbon dating. In 1981, based on numerous rigorous tests performed, a report stating the following was released:

“We can conclude for now that the Shroud image is that of a real human form of a scourged, crucified man. It is not the product of an artist. The blood stains are composed of hemoglobin and also give a positive test for serum albumin. The image is an ongoing mystery and until further chemical studies are made, perhaps by this group of scientists, or perhaps by some scientists in the future, the problem remains unsolved.”

While many believed the rigorous tests would shed light on the origin of the mysterious cloth, many more questions were in fact raised. Experts had not found traces of any artificial pigments which means that the image seen on the Shroud of Turin was made by contact of a real human body and not the result of an artist’s work. However, how the image of the body was placed onto the shroud is a mystery that remains unanswered.

In a more recent study published this year in the Journal Nature, researchers discovered that the cloth may have been originally made in India, and mysteriously contains DNA from ALL over the World, a discovery that has increased the mystery surrounding the enigmatic piece of cloth. By sequencing DNA from dust and pollen found on the shroud, researchers were able to reveal the environments and different people that the cloth came into contact in the distant past.

In the study, researchers wrote:

“… We performed DNA analyses to define the biological sources of the dust particles (pollen grains, cell debris and other minuscule organic specimens, such as plant-derived fibers and blood-like clots) vacuum-collected in 1978 and 1988 in distinct TS filters, corresponding to the face, hands, glutei and feet of the body image6,13, and the lateral edge, which was used for radiocarbon dating8. To identify plant taxonomic entities and human genetic lineages, universal plant DNA sequences, including nuclear rDNA intergenic transcribed spacers (ITS) and chloroplast DNA (cpDNA) barcodes, and human mitochondrial DNA (mtDNA) target regions were amplified and sequenced. This allowed the identification of DNA sources from a wide range of plant species and human mitogenomes belonging to numerous haplogroups. The overall findings were then evaluated to determine whether the geographic areas of origin and distribution of detected plant cpDNA species and human mtDNA haplogroups might provide novel clues concerning the origin of the Turin Shroud.”

According to legend, the shroud was moved from one side to another, from Jerusalem to Turkey, then to France and finally to its final resting place in Turin, Italy. Genetic evidence confirms that different people, different places, came into contact, in the distant past with the most enigmatic piece of cloth in the history of mankind.

What remains unclear is the origin of linen fabric that makes up the Christian relic. DNA evidence is consistent with more than one possibility: The shroud actually originated in Israel and traveled great distances before reaching Italy. The shroud was created in medieval Europe, but devotees from all over the world traveled to see it and contaminated it and given the new test results. Adding to the mystery, if new studies are accurate, it would mean that the shroud of Turin is, even more, mysterious than previously thought, since it is believed that the shroud was actually created in… India.

These new details regarding the Shroud of Turin have raised numerous questions among researchers, historians, and skeptics, and while no one is able to provide accurate details about its true origin, people all around the world pay tribute to the cloth that is believed that have been used to cover the body of Jesus Christ at the time of his burial.