The Bermuda triangle of the East

Located in China, there is a “doomed” spot where countless mysterious disappearances have occurred.  The “waters of death” of Lake Poyang keep up their century-long reputation. Since recorded time, fishing, cargo, and military vessels have disappeared without a trace, a similarity to the Bermuda Triangle, but what deepens this mystery is an incredible fact: both of these mysterious places are almost at the same latitude, between 28.22 to 29.45 N.

Many reasons have been put forward to explain the abnormal regime of sunken vessels near the Laoye Temple. Unusual wind patterns, swirls, magnetic field anomalies that attract incredible lightning, yet none of these can explain the mysterious disappearance of ships in the area. People believe that a supernatural mysterious force that violates the laws of physics exists there. Historic records show that 13 ships encountered accidents one after another on Aug. 3, 1985. This is very rare in the history of the world’s shipwrecks.

Some of the reported cases have been particularly interesting and have even become legends. Such is the case of the Kobe Maru, a Japanese boat that was carrying over two hundred people on board on April 16, 1945. Ina sunny and calm day, ideal for navigation, suddenly an incredible tide rose out of nowhere with drastic weather change that wrecked the entire ship and its passengers were lost in the lake, shortly after the sun came out as if nothing happened. Seven divers were sent to search for the sunken ship but only one of them survived having lost his memory completely. Between 1960 and 1980 more than 200 ships sank in the waters of Lake Poyang.

In 1970 a 609 meter long Dam was built that rose fifteen meters above the surface… one night it disappeared without a trace. The last notorious case occurred in 2010 when a vessel weighing over 1,000,000 kilograms sank inexplicably along the shore. Every year vessels disappear mysteriously and their wrecks are never found. 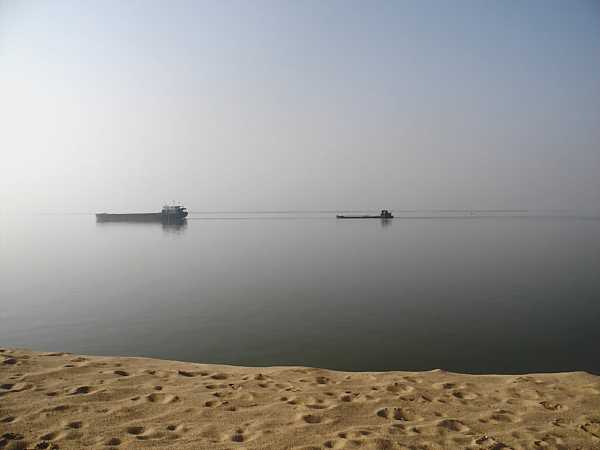 Thousands of people have witnessed the strangeness of this treacherous lake where a sunny and beautiful day can turn into a sailor’s nightmare in seconds. Far from scientific terms, an ancient legend offers an explanation; In 1368, Ming Emperor Zhu Yuanzhang faced an important and decisive battle against his rival Han Chen Youliang. While crossing the lake he was captured by his opponent, at that moment, a huge “turtle” surfaced and transported him on top of its shell to the other side of the lake. Once crowned Emperor, Zhu built the Laoye temple with the statue of a turtle at its gates. Locals say that the lake itself, every now and then repeats this historical battle. 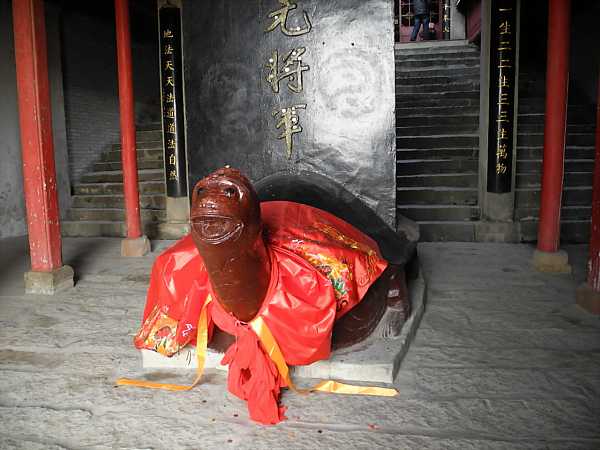 Learn more, including what a diver claimed to experience in the lake from Beyond Science:

Update: To add to the mystery, China’s largest freshwater lake, Poyang dried up completely, turning into a huge grassland due to drought and human activities nearby.  Whatever became of the hundreds of lost ships, the dam – or the giant ‘turtle’ –remains a strange mystery.