One of the most ancient symbols on Earth—the Swastika—may have been created as a result of ancient astronomical observations, where the ancients identified a comet representing a pinwheel-like symbol in the sky. 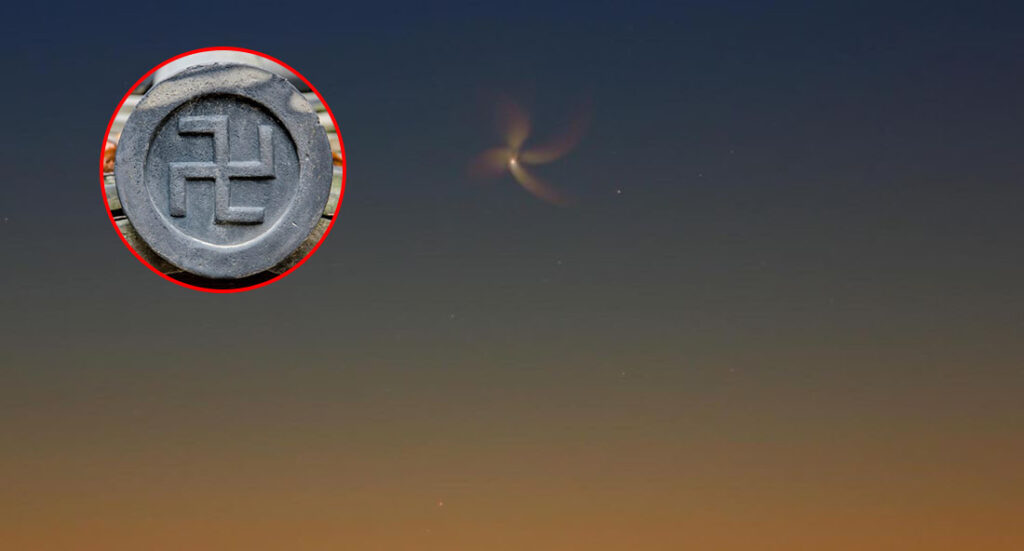 The ancient Swastika is one of the oldest symbols on the surface of the planet. According to experts, this ancient symbol predates both the Indus Valley Civilization and the Ancient Egyptian.

According to experts, the symbol of the Swastika migrated from India –through the Tartar Mongoodi route via Kamchatka to the Americas, the reason why the symbol can be found among the Aztec and Maya civilizations.

It reached other parts of the world through the Western Land route arriving in Finland, Scandinavia, British Highlands and parts of Europe where the symbol is found in a number of different adaptations.

In modern times, this ancient widespread symbol was transmuted and became a symbol of discrimination and slaughter, a product of Adolf Hitler’s regime. For Hitler, the Swastika was the symbol of his Aryan supremacy, but for historians and archaeologists around the globe, the Swastika is anything but that.

However, the Swastika, aka the Gammadon is one of the most positive, widespread symbols on the planet.

As we know it today, Swastika is actually a Sanskrit word which means “that which is good” or “all is well” but some translate it to “lucky or auspicious object”, whatever the translation it is a very positive symbol. In Hinduism, it is a very sacred symbol deeply connected with luck and prosperity.

Apart from being a religious symbol, it was used as a decorative symbol in numerous cultures since at least the Neolithic period. The swastika is most commonly used as a charm to bring good fortune and positive energy depicted with the “arms” of the Swastika bent clockwise. 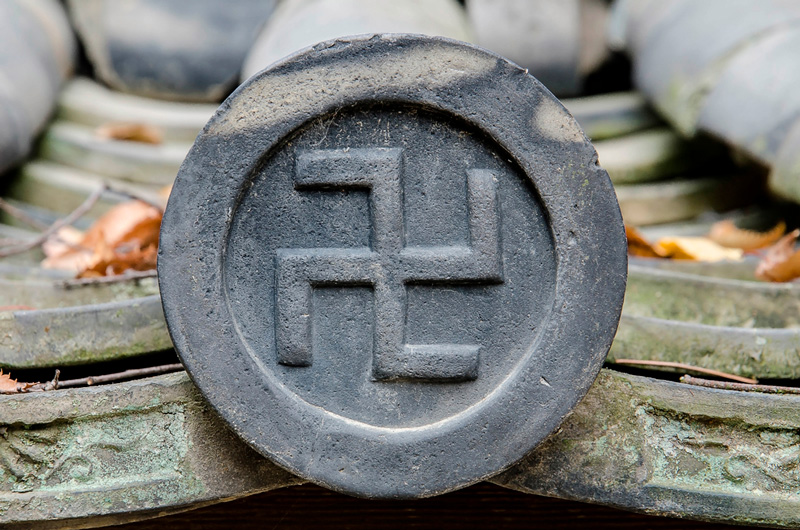 But how did this symbol become so important and where do its origins come from?

We still have a lot to learn about our history but, according to one theory, the Swastika symbol was INSPIRED by the apparition of a comet in the sky.

In the book Cosmic Serpent by Victor Clube and Bill Napier, the authors offer compelling evidence that the Swastika may have been inspired by the apparition of a comet in the sky.

The authors reproduced a portion of the Han Dynasty Silk Atlas (from the Mawangdui Silk Texts) and indicate that some of these drawings mere most likely related to the breakup of the progenitor of comet Encke and the Taurid meteor shower.

Furthermore, as noted by Fred Whipple in his The Mystery of Comets (1985, page 163), Comet Encke’s polar axis is 5 degrees from its orbital plane, an ideal orientation to have presented a pinwheel-like symbol to our ancestors when comet Encke was much more active, resulting in a symbol we today recognize as the Swastika.

However, as pointed out by Carl Saga in his Book Comet (1985), The Swastika form is not a very different form from the pinwheel structures seen in many comets and brought out in short exposure photography with a large telescope. Comet Bennett 1970II is a recent example. Sagan notes that Comet Bennett, at least, the color of the pinwheel was yellow, implying that the structure is in the dust.

You look at these forms and perhaps you will grant at least that if enough spinning, jetting comets pass by the Earth, sooner or later there will be one that presents something like a swastika to view. But the argument alone is insufficient to convince you, or us, of a cometary origin for the symbol. For so speculative a subject, at least one piece of more direct evidence is needed.

Comet Encke is believed to have been responsible for the Tunguska event of 1908. It completes an orbit of the Sun once every 3.3 years. Encke was first recorded by Pierre Méchain in 1786, but it was not recognized as a periodic comet until 1819 when its orbit was computed by Johann Franz Encke.

Comet Encke is believed to be the originator of several related meteor showers known as the Taurids.