What is the Black Knight satellite? Is it in fact a mysterious Alien probe that originated from the Epsilon Bootes system (The Epsilon Boötis is a double star in the northern constellation of Boötes. It has the traditional names Izar and Pulcherrima. )?

Was it placed into polar orbit 13,000 years ago? Well, we might not be able to accurately answer everything about it, but it is one of the most mysterious objects to orbit our planet.

According to monitoring agencies around the world, The Black knight satellite has been transmitting radio signals for over 50 years now. The anomalous satellite has captured the interest of numerous governments around the world, including the government of the US, Russia and China and there are even rumors that the Great Nikola Tesla was one of the first to intercept signals from this “Alien” satellite. After Tesla’s discovery in the next 30 to 50 years the signal was being intercepted more frequently until it was apparently “decoded”. Since the 1930’s Astronomers worldwide have been reporting strange radio signals which allegedly come from the “Black Knight”. (source) 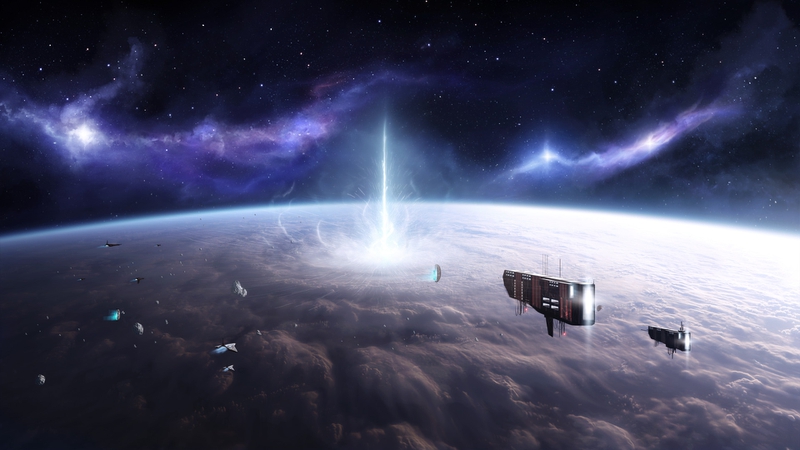 The St. Louis Dispatch and The San Francisco Examiner wrote about the “Satellite” on May 14th 1954. The Time Magazine wrote about it on the seventh of March, 1960. Here is what they said about it.

Three weeks ago, headlines announced that the U.S. had detected a mysterious “dark” satellite wheeling overhead on a regular orbit. There was nervous speculation that it might be a surveillance satellite launched by the Russians, and it brought the uneasy sensation that the U.S. did not know what was going on over its own head. But last week the Department of Defense proudly announced that the satellite had been identified. It was a space derelict, the remains of an Air Force Discoverer satellite that had gone astray. Read the complete story by visiting the Time Magazine website.

But if this object is simply space debris, why so much interest from news agencies and radio operator who claim to have intercepted messages coming from the “Satellite”? Even Grumman Aircraft Corporation showed interest in the alleged Alien Satellite. On September 3, 1960, seven months after the satellite was first detected by radar, a tracking camera at Grumman Aircraft Corporation’s Long Island factory took a photograph of the Black Knight. At that point people all over the world started identifying the object in the sky, which could be seen as a red light moving at higher speed compared to other satellites in a East to West orbit. The Grumman Aircraft Corporation formed a committee to study the data received from the observations made but nothing was made public.

Is the Black Knight A Self-Replicating Alien Probe?

Well it might sound as something coming from a sci-fi novel but it’s actually possible according to a group of researchers who claim that our solar system could have been visited by Alien Probes.

According to scientists from the University of Edinburgh there are possibilities that “self-replicating” robotic alien spacecraft are venturing into our solar system. If this turned out to be true, these probes would be product of such highly advanced technology to our understanding, that these probes would literally appear invisible to human perception, researchers said. And it isn’t that far-fetched is it? The idea that somewhere out there are alien civilizations which are so advanced in every aspect, that we could not even see their existence in our reality.

In their work, Duncan Forgan and Arwen Nicholson affirm the possibility that highly advanced alien races are taking advantage of the gravitational field of the stars to speed up “their” spacecraft travelling through space. Interestingly, this “technique” would not be something exclusive to highly advanced alien beings: in fact, we use this technology for our own spacecraft. For example, the voyager probes are making use of the gravitational field of the planets to gain speed through space.

Even if the Black Knight Satellite isn’t one of the alleged “Self-Replicating” Alien probes, it doesn’t mean that our solar system is not being visited by such spacecraft. If we look at the Kardashev scale, we will see that a type III Alien civilization, which would have possession of energy on the scale of its own galaxy, and with access to the power comparable to the luminosity of the entire Milky Way galaxy (source), could be the perfect candidates to create such advanced spacecraft. Due to our lack of similar technology, it would be extremely difficult, if not impossible, for us to see and identify such probes.

What if, there are spacecraft in our solar system and near Earth, but we cannot see them since we lack the technology to do so?