This Is The Book That Foresaw The Sinking Of The...

Morgan Robertson was an American merchant marine officer, he was also a writer and credited by some as the inventor of the periscope. But he is more popularly known as the man who in 1898, wrote a novel called “The Wreck of the Titan or Futility”, in which a liner called Titan sank in the Atlantic Ocean after colliding with an iceberg. It is a story that few have actually heard of, fewer have actually read the book, that according to many, anticipated the sinking of the “unsinkable” Titanic.

This novel tells the story of an “unsinkable” Ship, the largest and most luxurious ever built, and its passengers were the most distinguished members of the world bourgeoisie. It was described as an unsinkable ship but was destined to never reach its destination, as the Titan would crack open after colliding with an iceberg and sinking, leaving only a few survivors. The cruise existed only on paper, in the imagination of the novelist Morgan Robertson, or so it seemed.

In addition to the similarities between the names of the ships, the dates and time of the accident, the “Titan” by Robertson, was a ship that also belonged to an English company just like the Titanic did. 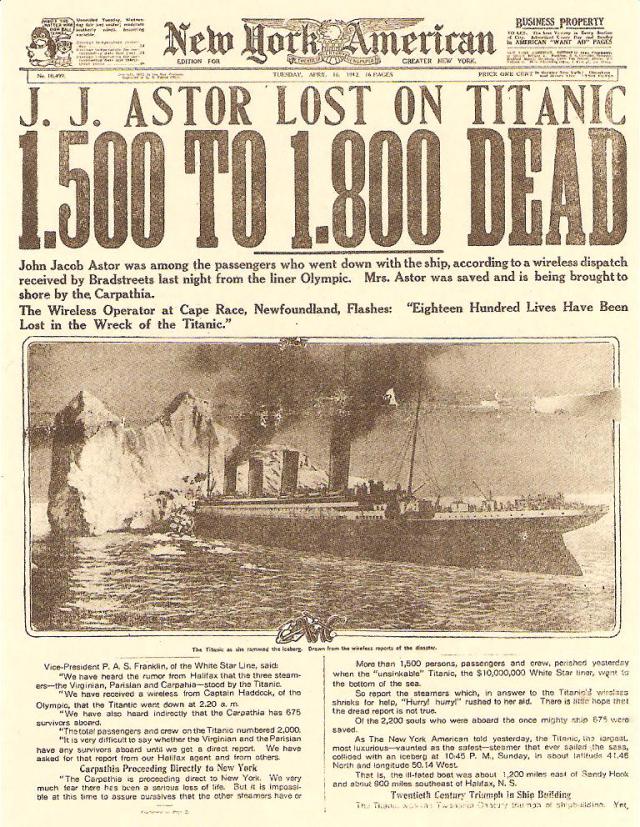 Beyond the obviously very similar name, other similarities between the Titanic and the fictional Titan are the following:

The Titan and the Titanic were both 400 miles from Newfoundland! Creepy or what? Well, it is a true story.

Apparently Robertson did have a talent of predicting the future as he also predicted another real-life event. Robertson is also credited with predicting the Japanese attack on Pearl Harbor in World War II in his novel 1914 “Beyond the spectrum.”