The Enigma Of The Great Pyramid

As you ascend the long slope leading to the plateau of Giza, near Cairo, it is as if you actually retreat in time thousands of years in history. At first, from a distance, the three main pyramids seem sharp mountain peaks and to the visitor, from afar, the impression of these gigantic marvels might not seem so intense; but in their proximity the size is enormous: the Pyramids are truly are monstrous. As you stand near them, everything becomes sand, stone, and sky.

Originally Egypt was a series of interrelated settlements along the Nile Valley. Eventually, the two kingdoms of Upper and Lower Egypt were formed, according to their position in the course of the Nile. Between 3100 and 2700 BC, these two kingdoms were united under one king, who had his palace built in Heliopolis, in the vicinity of Cairo.

The land of the Pharaohs has many interesting tales and stories; Egypt’s kings considered themselves as being living gods and would someday abandon Earth to join the other gods, like Ra, who traveled across the sky in his Barque of Millions of Years, while crossing the dangers of darkness during nighttime. In preparation for the afterlife, Egyptian Pharaohs had built their internal resting places on the edge of the desert plateau, strategically located between the river which was considered a source of life, and the western horizon, where the sun “disappeared”  every evening.

King Djoser of the 3rd dynasty built the Step Pyramid of Saqqara, south of Giza and the first step pyramid built, which according to many actually represents a stairway to heaven. The kings who succeeded King Djoser “evolved” the construction of the pyramids developing smooth faces which reached their splendor with Khufu, Khafre, and Menkaure.

Ancient Egypt’s kings did not stop there, as they built incredible monuments and tombs in the Valley of the Kings, but out of all these monuments across Egypt, the Great Pyramid is the most amazing of all.

How did the ancient Egyptians manage to build the Great Pyramid, a construction that covered 5,3 hectares and complex mathematical formulas? This is the biggest enigma, archaeologists and researchers have when it comes to ancient Egyptian history. There is no contemporary evidence which would answer this question. 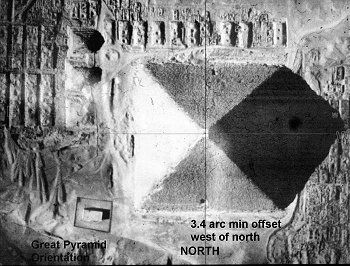 The ancient architects should have had extensive scientific knowledge because the measures and proportions of the pyramid show an amazing accuracy.

The four faces of the great Pyramid are oriented to the four cardinal points having less than a tenth of a degree error. The lengths of the longest and shortest side differ by less than 20 cm.

The great Pyramid is the only one discovered to date which has actually eight sides rather than four. The pavement which surrounds the Great Pyramid is perfectly leveled. All of this accuracy had to be achieved with very simple means, using the positions of the sun and stars for alignment, and ancient Egyptians might have used water levels to define horizontal leveling. All of the above is a series of questions that leaves us breathless when we think about the magnitude of the project.

All of this accuracy had to be achieved with very simple means, using the positions of the sun and stars for alignment, and ancient Egyptians might have used water levels to define horizontal leveling. All of the above is a series of questions that leaves us breathless when we think about the magnitude of the project.

All of the building blocks of the core of the pyramid belong to the Giza plateau, in one of the used quarries for the supply of rock, we find the great and mysterious Sphinx.

External cladding stones come from quarries in the east bank of the Nile.The granite used for the inner chambers comes from Aswan, 800 miles up the Nile. From start to finish the construction of the Great Pyramid must have taken somewhere between twenty and third years according to researchers, but this, as the construction itself, remains a mystery lost in the hot sands of Egypt.

The granite used for the inner chambers comes from Aswan, 800 miles up the Nile. From start to finish the construction of the Great Pyramid must have taken somewhere between twenty and third years according to researchers, but this, as the construction itself, remains a mystery lost in the hot sands of Egypt.

During the construction of the Pyramid, researchers estimate that 4,000 slaves (workers) were used in the process of quarrying and transporting the stone, but many thousands more came to work each year during the months when the Nile flooded, and they could not work the land.

This means that it was an incredible project regarding organization and management, but these people also had to be fed, which could have proven to be difficult at times.

The interior of the great Pyramid is just as incredible as its exterior. Unlike other pyramids of ancient Egypt, the Great Pyramid has passageways and inner chambers at a considerable height.The entrance, located exactly in the center of the base of the north face, leads to a small passageway descending to a chamber carved into the rock on which the pyramid sits.

Several other passageways have been identified such ash the Queens Chamber the Kings Chamber and the Grand Gallery, most of them are precisely aligned to the constellation in the sky.

The interior of the pyramid remained intact for thousands of years until Abdullah al-Mamun and his men discovered an entrance in 820 AD. They also found that the ascending passage was blocked by large slabs of granite, but this did not stop them as they managed to get through and entered into the King’s Chamber only to find an empty sarcophagus.

Until today, we still do not know the exact purpose of the Great Pyramid and there are several theories as to why and how it was constructed.

If it was a tomb to provide the resting place for the king then where is the body of the Pharaoh? Who blocked the passage, when and why? Since it seems impossible to answer these questions with any degree of certainty, many researchers are inclined to mystical speculation offering their own theories and answers. 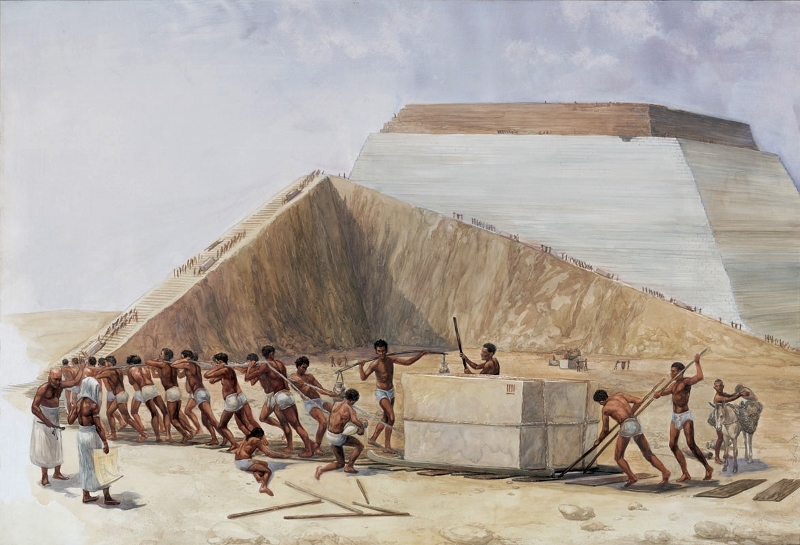 The nineteenth-century Scottish astronomer Charles Piazzi Smyth believed that the Divine Geometer had designed the Great Pyramid. Following the steps of his teacher,  John Taylor, Smyth found that the dimensions of the pyramid include the true value of pi, duration of the year, the circumference of the Earth and the distance to the sun. In the measures of internal passageways Smyth believed to had discovered God’s plan for the world.

www.ancient-code.com – 25 facts about the Great Pyramid