The language and writing system of ancient Sumeria

The Sumerian language is considered to be a language isolated in linguistics that does not seem to belong to any known linguistic form. Researchers have studied the ancient Sumerian language and tried making connections to other groups of languages but without success. The Sumerians invented the pictorial hieroglyphics that later transformed into cuneiform writing. Together with the ancient Egyptian writing system, the ancient Sumerian can compete in a race for the oldest known written language.

Known Sumerian texts discovered in the past include personal texts, business letters, transactions, receipts, lexical lists, laws, hymns and prayers, magic spells and scientific texts including mathematics, astronomy and medicine. Much of this material survived in time through copies and transcripts. Although the Semitic race became ruler of the region, the language, religion and law in Mesopotamia remained Sumerian. 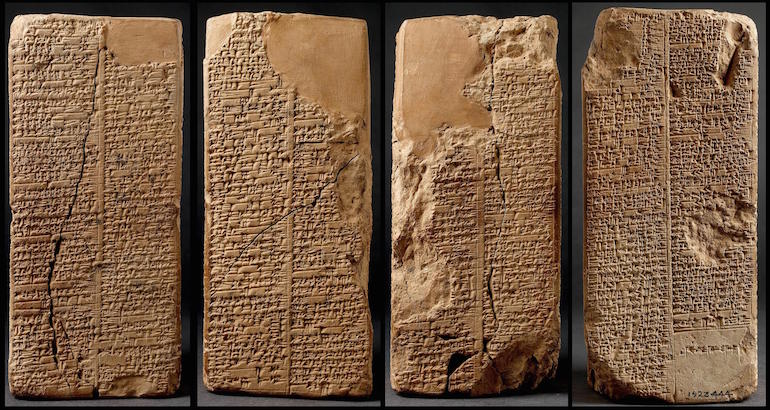 The city of Nimrod, 80 kilometers southeast of Babylon, was excavated between 1,880 and 1,900. During excavations, researchers discovered around 50,000 tablets believed to have been written during the third millennium, including a library of 20,000 volumes, dictionaries and complete works on religion, literature, law and science. Strangely, archaeologists discovered a lot of Kings that seemed to have lived for hundreds of years.
Researchers have also discovered something called the Royal Sumerian List or the Sumerian King List, a historical document of great value left behind by ancient Mesopotamian scribes, written in Sumerian. This list, reflects the succession of kings from the earliest times until the conquests of Hammurabi. But there is something very peculiar about tis list, since the proposed periods seem to be impossible according to history. From the verifiable historical point of view, the first king mentioned in the list is Mebagaresi (2631-2601) of the city of Kish. Before him, all other rulers are believed to be ancient mythological antediluvian rulers or kings that ruled in the period before the great flood. The antediluvian reigns were measured in Sumerian numerical units known as sars (units of 3600), ners (units of 600), and sosses (units of 60). 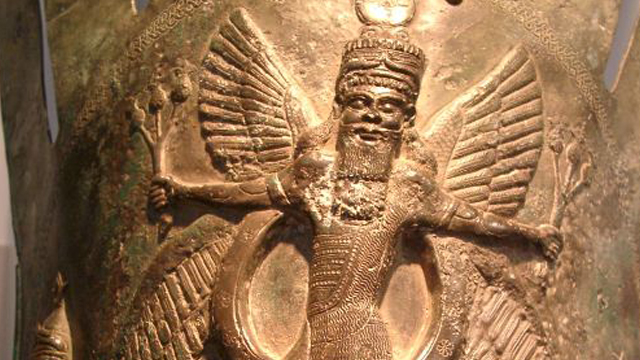 Early dates are approximate, and are based on available archaeological data; for most pre-Akkadian rulers listed, this king list is itself the lone source of information.

Some of the rulers on the list are not verifiable according to researchers who suggest that some of the kings mentioned could have been mythological inventions in the distant past, yet researchers have unearthed several hundreds of thousands of artifacts covering all activities, all aspects of life of the rulers: government, administration justice, economy, personal relationships, science, history, literature and religion. These findings seem to point ancient history in a complexity new direction.

The Early Chronology of Sumer and Egypt and the Similarities in Their Culture”, S. Langdon, The Journal of Egyptian Archaeology, Vol. 7