The Mystery Behind The ‘Best’ UFO Sighting In Space: The...

During the Gemini IV mission, astronauts James McDivitt and Ed White circled the Earth 66 times and leaving a mark in history as the first multi-day space flight by the United States. During the mission, the astronauts photographed a mysterious, cylindrical-shaped object which is hailed by many authors as one of the best UFO images ever taken.

In June of 1965, Brigadier General, James McDivitt, the commander on the Gemini IV mission and Ed White pilot of the Gemini IV took part in the first multi-day space flight by the United States, designed to show that it was possible for humans to remain in space for extended lengths of time.

The Gemini IV mission was the SECOND manned spaceflight in NASA’s Project Gemini and was the tenth manned American Spaceflight.

For a period of four days, Astronauts James McDivitt and Ed White circled the Earth 66 times. The mission marked the first spacewalk ever performed by an American astronaut. Ed White floated free outside the Gemini spacecraft—tethered to it—for around 20 minutes.

In addition to the above, the Gemini IV mission was also one of the very first space missions by NASA in which a number of scientific experiments were performed in space. Astronauts James McDivitt and Ed White used a sextant to investigate the use of celestial navigation for lunar flight in the Apollo program.

However, the mission would later also become famous because of a strange image snapped by astronaut James McDivitt, as the Gemini spacecraft was orbiting our planet.

Millions of people around the globe claim to have witnessed strange things in the sky. 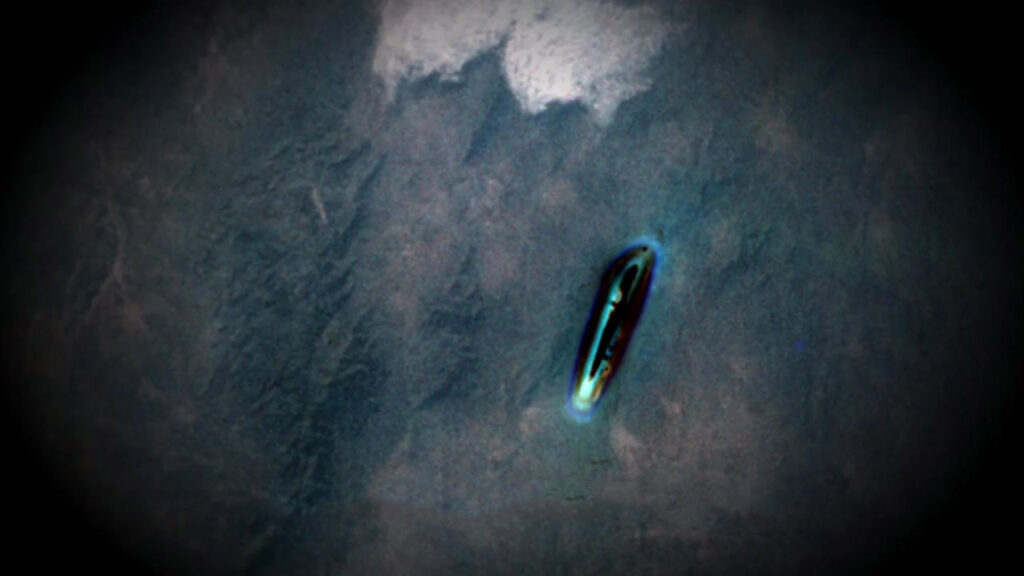 Today, if we make a quick search on Youtube, we will find countless videos and images of alleged unidentified flying objects, that promise to offer the ultimate evidence of alien visitations on Earth.

But despite this ample material evidence, the truth remains a profound enigma.

If we are to look for UFO sightings, and potential evidence of an ‘alien presence’ on Earth, then the best and most reputable people we ought to ask these questions to are probably Astronauts.

There are dozens of reports associating Astronauts with UFO encounters. Whether we take a look at NASA’s Apollo missions, or those predating Apollo, it seems we always end up digging up something worthy of mention.

Many UFO experts claim how one of the best images of a UFO was taken precisely during the Gemini IV mission when astronaut James McDivitt, command pilot of the two-man Gemini IV spacecraft photographed something in low orbit around Earth.

This image, according to an article by UFO Evidence even baffled the super-skeptical Condon Committee in 1969; a photograph from his flight has been widely hailed as one of the “best UFO photos ever made.”

But despite the fact that many authors consider the image snapped by McDivitt as one of the best UFO images out there, the former NASA astronaut never made much of his sightings, suggesting that he saw some unidentified but still man-made piece of orbital debris.

NASA has always remained skeptical about the sighting of strange objects like the one snapped by McDivitt. In fact, NASA insisted that there was nothing at all mysterious about the object snapped by the former astronaut and that it was clearly terrestrial in origin, and most likely belonged to either the Americans or Soviets.

Some skeptics even suggested that it may have been McDivitt’s booster rocket.

Here’s McDivitt’s account of his UFO, as he summarized it on the Dick Cavett Show in November 1973 (as reported in FATE magazine, June 1974), “I was flying with Ed White. He was sleeping at the time, so I don’t have anybody to verify my story. We were drifting in space with the control engines shut down, and all the instrumentation off (when) suddenly (an object) appeared in the window. It had a very definite shape — a cylindrical object — it was white — it had a long arm that stuck out on the side. I don’t know whether it was a very small object up close or a very large object a long ways away.”

“There was nothing to judge by. I don’t know how big it was. We had two cameras that were just floating in the spacecraft at the time, so I grabbed one and took a picture of (the object) and grabbed the other and took a picture. Then I turned on the rocket control systems because I was afraid we might hit it. At the time we were drifting — without checking I have no idea which way we were going — but as we drifted up a little farther the sun shone on the window of the spacecraft.”

“The windshield was dirty — just like in an automobile, you can’t see through it. So I had the rocket control engines going again and moved the spacecraft so that the window was in darkness again — the object was gone.”

“I called down later and told them what had happened, and they went back and checked their records of other space debris that was flying around, but we were never able to identify what it could have been. The film was sent back to NASA and reviewed by some NASA film technicians. One of them selected what he thought was what we talked about, at least before I had a chance to review it. It was not the picture — it was a picture of a sun reflection on the window.”

The Gemini 4 UFO and images of the USS Trepang

Curiously, in 2015, a number of images appeared on the internet that were allegedly snapped by the USS Trepang.

The images allegedly show a mysterious, unidentified object which, according to a number of UFO researchers eerily resembles the alleged UFO photographed by James McDivitt, during the Gemini IV mission.

The images of the UFO snapped by the USS Trepang SSN 674 were taken in March 1971.

The images made available thanks to John Greenewald from “The Black Vault” and Alex Mistretta are full Page Scans from “Top Secret Magazine.”

You can find the original scans, thanks to Reddit user SquizCat.

Some authors argue how the object seen by the crew of the USS Trepang SSN 674 are similar to the object snapped in space by the Gemini IV crew, raising questions whether there is a possibility that astronauts James McDivitt and Ed White actually saw the same object in space.

The images snapped by the USS Trepang: 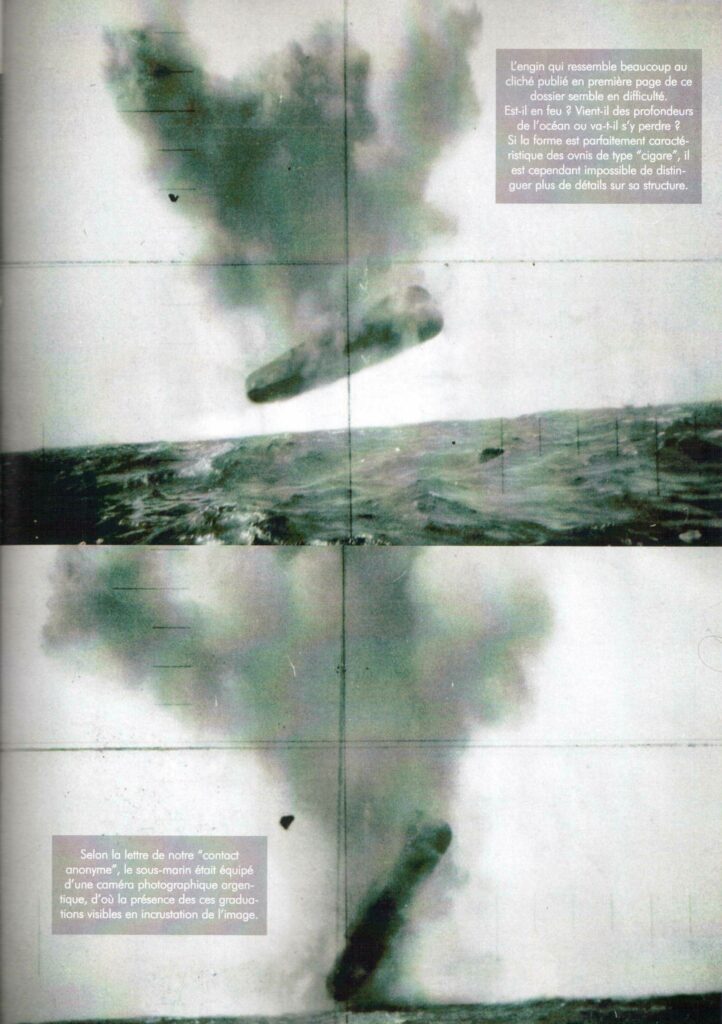 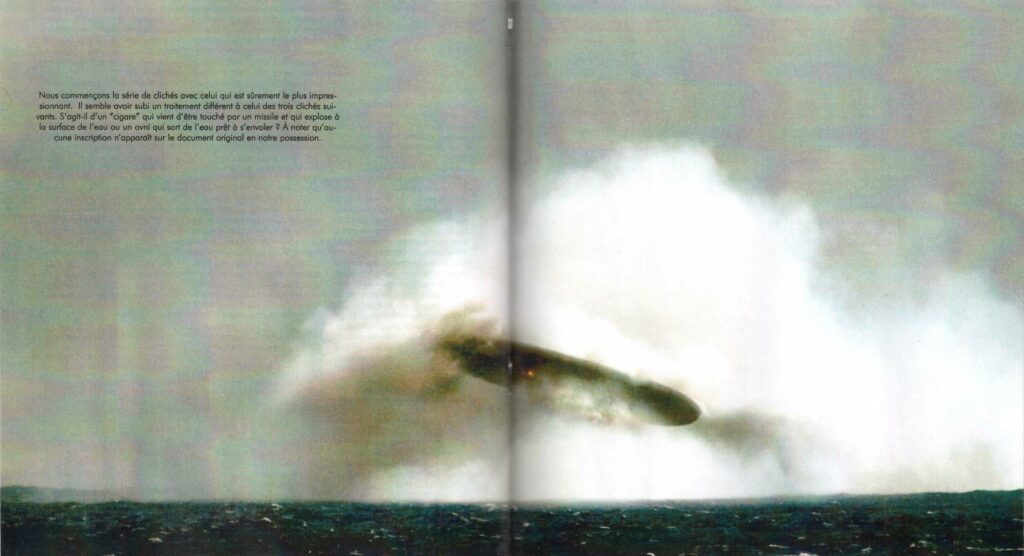