The Priory of Sion and the ancient secret embedded in...

Despite the fact that Leonardo da Vinci’s version of the Last Supper is without a doubt the most widely recognized, it isn’t the only version. In fact, there are numerous other versions of the Last Supper portraying Jesus and his 12 disciples. Curiously, all other versions have one thing in common: Halos are depicted around those present at the banquet with Jesus Christ. Why? Researchers believe there is a hidden message in Leonardo’s version. 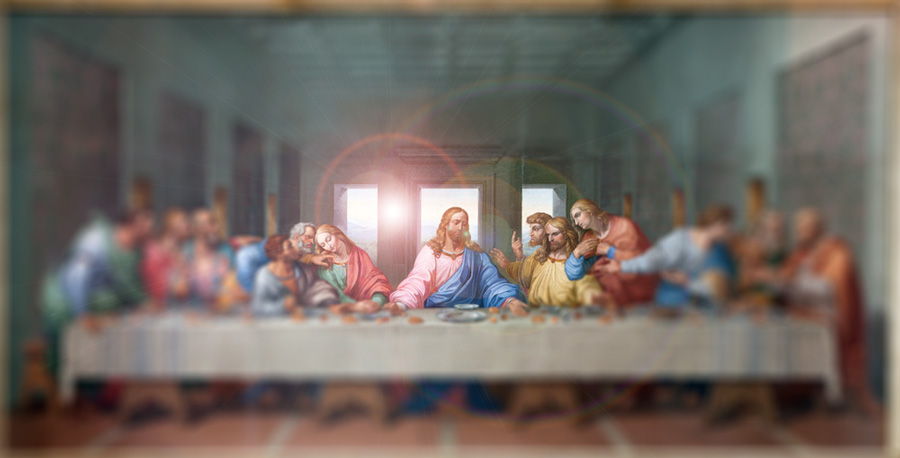 The Priory of Sion is a secret organization inspired by the Rosicrucians, founded by the Frenchman Pierre Plantard during the 1950s. Plantard claimed to be the direct heir of the Merovingian dynasty, and for this purpose, he developed a fanciful genealogy that indicated that his members were direct descendants of Jesus Christ. In Plantard’s version, the Priory was devoted to installing a secret bloodline of the Merovingian dynasty on the thrones of France and the rest of Europe.

The fraternal organization was founded in the town of Annemasse, Haute-Savoie in eastern France in 1956.

The quirky theory had a boom of popularity after the publication of books like “The Sacred Enigma” in 1982, and “The Da Vinci Code” in 2003.

According to Plantard, the Merovingians occupied a sacred place of power on Earth, genetically bequeathed by Jesus Christ. The writer argued that great figures in Western history had been part of the Royal family, including Nostradamus, Joan of Arc, Isaac Newton, Botticelli, and Leonardo Da Vinci.

As is expected, numerous conspiracy theories have their origin in this approach.

It is particularly popular that Da Vinci hid in his famous painting “The Last Supper” images that would prove that Mary Magdalene was pregnant with the son of Jesus during the banquet.

According to this hypothesis, the Christian messiah was not a celibate man but was supposedly married to a former prostitute, who would have given birth to his offspring.

Although most of these stories have been proven false, at present numerous specialists in the work of the Florentine painter still try to decode the complex symbology that Da Vinci hid in his canvases.

As noted by mentalfloss.com, in The Templar Revelation, Lynn Picknett and Clive Prince propose that the figure to the left of Jesus is not John, but Mary Magdalene and that The Last Supper is key evidence in a cover-up of the true identity of Christ by the Roman Catholic Church.

The Last Supper and the missing halos

Despite the fact that Leonardo da Vinci’s version of the Last Supper is without a doubt the most widely recognized, it isn’t the only version. In fact, there are numerous other versions of the Last Supper portraying Jesus and his 12 disciples. Curiously, all other versions have one thing in common: Halos are depicted around those present at the banquet with Jesus Christ.

Da Vinci’s version has no Halos, so you gotta’ ask why? Did da Vinci know something others did not?

In a video presented by the Smithsonian institute, a researcher explains it.

Before Leonardo da Vinci, all versions of The Last Supper showed Jesus and his disciples with halos, in effect, portraying them as saints, but, da Vinci chose to ignore this convention and paint them without halos.’

Mario Taddei, a Milan-based inventor, and experts on the work of da Vinci says that choosing to omit halos in his paintings, the Italian Renaissance genius wanted to send out a message.

According to Mr. Taddei’s interpretation, the people depicted in da Vinci’s painting are not saints but are instead ‘simple men,’ implying that Jesus, too, was mortal.

“I believe that Leonardo never put the halos because he thinks that the people are common people, and this is the true secret of Leonardo,” Taddei explains in the video.

“There is no extraterrestrial or supernatural object inside the last supper. Leonardo wants to tell us that the thirteen men are simple men. And this said something much more powerful,” concludes Taddei.

An ancient Manuscript that ‘proves’ Jesus was married and had Children

The ancient text, believed to date back to 570 AD, was written in Syriac has been covered in dust, waiting in the archives in the British Library for the past 20 years, and copied by an anonymous monk.

The manuscript is at least 1,450 years old, possibly dating to the first century i.e., Jesus’ lifetime.  And now, The Lost Gospel provides the first ever translation from Syriac into English of this unique document that tells the inside story of Jesus’ social, family and political life.

The Lost Gospel takes the reader on an unparalleled historical adventure through a paradigm-shifting manuscript. What the authors eventually discover is as astounding as it is surprising: the confirmation of Jesus’ marriage to Mary Magdalene; the names of their two children; the towering presence of Mary Magdalene; a previously unknown plot on Jesus’ life, 13 years prior to the crucifixion; an assassination attempt against Mary Magdalene and their children; Jesus’ connection to political figures at the highest level of the Roman Empire; and a religious movement that antedates that of Paul―the Church of Mary Magdalene. (source)

Before arriving at the British Library, the ancient manuscript was acquired by the British Museum in 1847 from a dealer who claims to have obtained it from the ancient St. Macarius monastery in Egypt.