Is There A Mysterious Connection Between The Pyramid Of Giza... 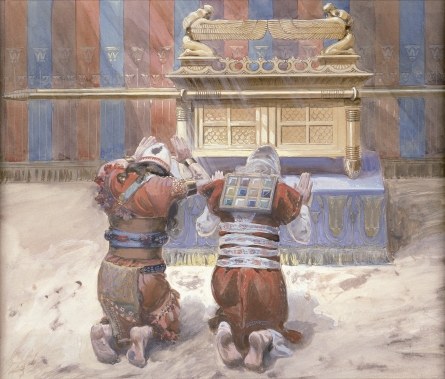 The Ark of the Covenant is without a doubt one of the holiest, most mysterious and most searched for religious treasures of all times.

The Ark of the Covenant was the receptacle into which Israelites had placed the plates of the Torah, after having received them at Mount Sinai. They were inscribed with the Ten Commandments of God. The Ark was carried in a 40-year journey through the desert and accompanied the Israelites during these long years and the conquest of the Promised Land after which it was to be placed in the temple built by King Solomon.

A lot has been told about the mysterious ark of the covenant and its true purpose. Some researchers have suggested that if the construction details of the Ark are those which were recorded, then the ark would basically resemble an electrical capacitor with two electrodes separated by insulator drivers. The ark which was made out of acacia wood and covered with gold is very similar to other artifacts that have been found in Egypt; the ark was placed in a dry “room” where the natural magnetic field is usually 500 or 600 volts per vertical meter. According to several ancient alien theorists, this would have made it possible to charge it through the golden crown that surrounded it; suggesting that the Ark of The Covenant would have acted as a capacitor.

Theories range as to what the Ark truly was, but some believe the Ark of the Covenant was, in fact, a generator of unknown, uncontrollable and deadly force.

It was an artifact that was forbidden to touch, and those who would carry and touch it had to have protective wear, others would need to stay at a distance.

10 “Have them make an ark of acacia wood—two and a half cubits long, a cubit and a half wide, and a cubit and a half high. 11 Overlay it with pure gold, both inside and out, and make a gold molding around it. 12 Cast four gold rings for it and fasten them to its four feet, with two rings on one side and two rings on the other. 13 Then make poles of acacia wood and overlay them with gold. 14 Insert the poles into the rings on the sides of the ark to carry it. 15 The poles are to remain in the rings of this ark; they are not to be removed.16 Then put in the ark the tablets of the covenant law, which I will give you.

17 “Make an atonement cover of pure gold—two and a half cubits long and a cubit and a half wide. 18 And make two cherubim out of hammered gold at the ends of the cover.19 Make one cherub on one end and the second cherub on the other; make the cherubim of one piece with the cover, at the two ends. 20 The cherubim are to have their wings spread upward, overshadowing the cover with them. The cherubim are to face each other, looking toward the cover. 21 Place the cover on top of the ark and put in the ark the tablets of the covenant law that I will give you. 22 There, above the cover between the two cherubim that are over the ark of the covenant law, I will meet with you and give you all my commands for the Israelites. – Exodus 25:10-22

Ancient Astronaut theorists believe that the Ark of the Covenant was, therefore, a power generator or part of a more complex system of energy production. Energy that could be used as a weapon (Jericho) as a means of telecommunication (dialogue between Moses and God) and other miscellaneous purposes, and theorists state that the proof of its power lies in reading the instructions for the assembly of the tabernacle, the tent of meeting, where the ark was guarded and the precise rules for accessing it inside in order to protect human lives.

Moses pitched the Tent of Meeting outside the Israelite camp

Ex 33:7 The tent was outside the camp because of the Lord’s estrangement from his people (Ex 33:3) following their making the golden calf. It was possibly a temporary structure used until the tabernacle was completed.

The Tent of Meeting was where the faithful met with God

The Ark of the Covenant; The Pharaohs Ark in the battle of Kadesh 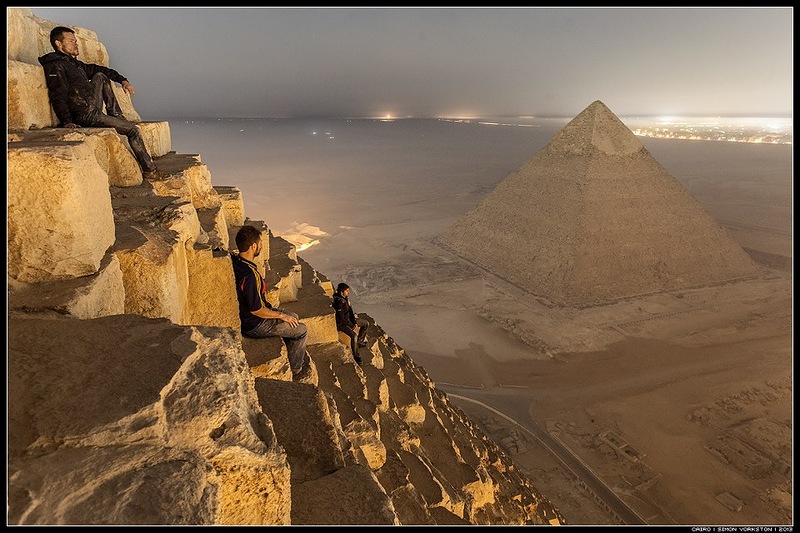 Moses, who was someone who was very interested in the mysteries, received knowledge from Egyptian priests who taught him advanced concepts of chemistry and physics, therefore making it possible for him to build such a sophisticated device. But ancient alien theorists suggest that there are far more mysteries to the ark of the covenant than we have thought, they believe that unknown instruments of mysterious origin were also something present during the time of the Ark. These mysterious “tools” were mentioned in documents and venerated in the scriptures, such as the famous “Shamir” – a small “stone” the size of a grain of barley, which Moses supposedly used to record the names of the tribes in the twelve precious stones in the ephod.It is said that the Shamir could cut stones without making any noise.

Curiously, the Ark of the Covenant existed before with the same characteristics only not as well known as the as the Ark of the Judeo-Christian tradition. This unique and surprising object passed from hand to hand through the millennia. In the representations of the Battle of Kadesh at Abu Simbel, we can see that the army of Ramses II had a device which is remarkably similar to the “Ark of the Covenant” as we know it from the Bible, and it was held in a tented camp from where mysterious powers would be invoked. The device which was housed in a tent similar to the one referenced to in the Bible has two vultures represented with wings, almost identical to the classical architecture of the Ark of the Covenant. See image below. Is it possible that ancient astronaut theorists have had it right the whole time? When did they suggest that there is far more to the great pyramid and ancient Egypt than what we know? The idea of the Ark of the Covenant and the pyramids is something that is very interesting with endless possibilities according to some researchers. 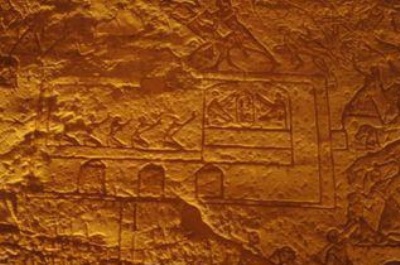 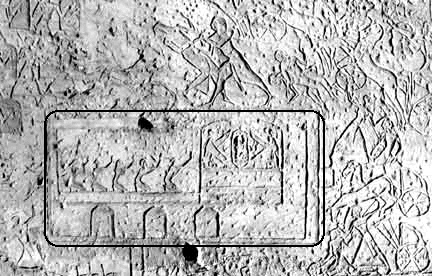 While it is certainly possible that the Ark of the Covenant mentioned is a bible could have acted as some sort of machine, the similar item used in the battle of Kadesh could have been used together with the great Pyramid of Egypt to form some power plant as many ancient astronaut theorists have suggested. That the Pyramid was used thousands of years ago to harness energy.