There Are 5 Alien Species Trying To Dominate Earth

Officially speaking, Aliens are not real.

In fact, we have still not found conclusive evidence that suggests we aren’t the only living species in the universe.

Even though that’s the official story, based on numerous descriptions and accounts of sightings recorded throughout the world, in addition to numerous sources—some of them, thousands of years old—ufologists have determined the existence of different alien species that supposedly struggle to dominate our planet. In this article, we take a look at some of the most frequently reported ‘otherworldly visitors’ by witnesses.

The Sirians are believed to be very ancient and advanced beings, indicated as responsible for imparting evolved knowledge to different civilizations in ancient times such as the Egyptian (who would have helped with the construction of the pyramids, and with medical and astronomical information), the Maya, and Pre-Inca cultures among others.

The Greys are without a doubt the most popular extraterrestrials and the most mentioned in cases of abductions. Witnesses often describe them as small, with bulbous heads and large black eyes. They communicate in telepathic forms and are said to have made several secret pacts with the government.

Not as popular as the ordinary Gray aliens, the Tall Grays are extremely tall (obviously), are pale and have no hair. They are considered an advanced egocentric race for which human life is worthless.

Tall Grays are described to originate from the Orion constellation, and according to Dr. Arthur Horn play an overseeing role vis-à-vis short Grays:

The short greys are overseen within their own ranks by the taller seven to eight-foot tall greys. These greys are the ones that actually carry out “diplomatic” missions, such as secretly negotiating treaties with the heads of human governments. As mentioned the greys in general, and the small three to five foot greys in particular, have been likened to mercenaries. 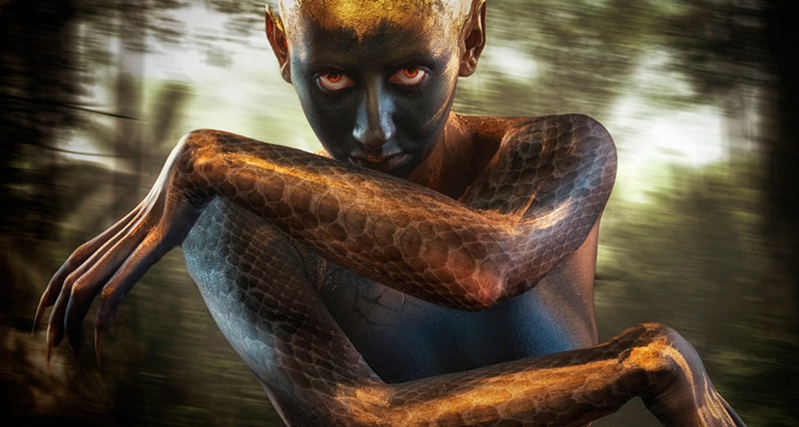 Confirmation for the diplomatic role played by the ‘tall Grays’ comes from William Cooper, former Navy Intelligence Advisor, who claims he saw classified documents where the ‘tall Grays’ did negotiate agreements with the Eisenhower administration in meetings beginning in 1954.

Later in 1954, the race of large nosed Gray Aliens which had been orbiting the Earth landed at Holloman Air Force Base. A basic agreement was reached. This race identified themselves as originating from a Planet around a red star in the Constellation of Orion which we called Betelgeuse. They stated that their planet was dying and that at some unknown future time they would no longer be able to survive there.

The supposed aliens called the Zeta Reticulums originate from the Zeta Reticuli system and are considered among ufologists as some of the most well-known space visitors.

These beings are allegedly between three or four feet tall and are often mentioned in abduction cases.

As reported by bibliotecapleyades, the channelings of Lyssa Royal suggests that they come from a planet called the Apex planet in the Lyran system. This was a planet that was very similar to Earth.

Their spiritual growth, however, did not match their technological development which finally led to a planetary cataclysm.

The atomic explosions caused the plant life to deteriorate, which led the civilization to build underground shelters. It was during this underground period in their history that they began reproducing through cloning techniques, which is part of the work they continue in their abduction work on the human race.

Reptiles are described as being two-legged creatures, having scaly green skin, a strong body odor and large eyes with a vertical pupil. It is believed that their interaction with humanity goes back thousands of years.

Several ancient peoples from all over the world have portrayed reptilian beings, acting in a hostile manner towards humans. These aliens are believed to have been present on Earth since the dawn of humanity.