A cuneiform clay tablet that was recovered in the late 19th century from the underground library of King Ashurbanipal in Nineveh, Iraq by Sir. Henry Layard has puzzled scientists for over a hundred years.

According to scholars, this incredible yet controversial tablet indicates that Ancient Sumerians observed the impact of an Aten type asteroid over 5000 years ago. The Aten asteroids are a group of a near-Earth asteroid, resonant with the Earth’s orbit.

More precisely this tablet is believed to be a copy of a set of notes made by a Sumerian Astronomer that observed the skies referring to the asteroid as a “white stone bowl approaching”.

Researchers now believe that the size and route of the asteroid tracked by this star map are consistent with the asteroid that crashed into the Austrian Alps at Köfels creating a cataclysmic impact killing anyone in its path with a force equivalent to more than 1,000 tonnes of TNT exploding. 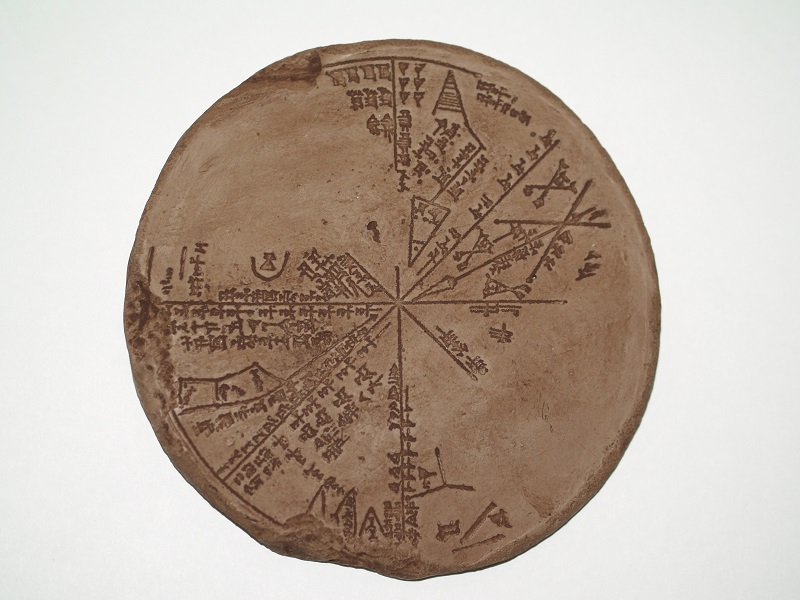 The Bristol University press release explains: “The observation suggests the asteroid is over a kilometer in diameter and the original orbit about the Sun was an Aten type, a class of asteroid that orbit close to the earth, that is resonant with the Earth’s orbit.

This trajectory explains why there is no crater at Köfels.

“The incoming angle was very low (six degrees) and means the asteroid clipped a mountain called Gamskogel above the town of Längenfeld, 11 kilometers from Köfels, and this caused the asteroid to explode before it reached its final impact point.

“As it traveled down the valley it became a fireball, around five kilometers in diameter (the size of the landslide).

When it hit Köfels, it created enormous pressures that pulverized the rock and caused the landslide but because it was no longer a solid object it did not create a classic impact crater.”

According to researchers, this clay tablet is believed to be an Astrolabe or better said one of the earliest astronomical instruments to have been discovered in Mesopotamia.

Computer analysis has matched the inscription on the tablet to the sky above Mesopotamia on June 29 in the year 3123 B.C.

Even though around forty percent of the inscriptions of the tablet have been wiped from history, half of the still visible symbols actually speak of the asteroid while the other half describes the positions of constellations.

Researchers now know that the tablet consists of a segmented star chart with marked units of angle measure inscribed on it.

Mark Hempsell, one of the researchers from Bristol University who cracked the tablet’s code, said: “It’s a wonderful piece of observation, an absolutely perfect piece of science.” (Source)

In 2008 two authors, Alan Bond and Mark Hempsell published a book about the tablet called “A Sumerian Observation of the Kofels’ Impact Event.”

This clay tablet is object number K8538 in the British Museum, with the following dimensions