This would happen if humans disappeared from Earth 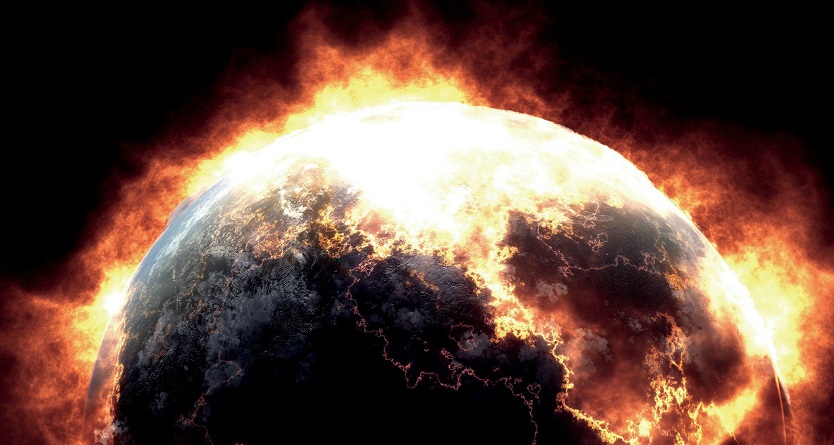 It is common in movies and science fiction the idea that humans vanish from Earth. But what really would happen if one-day mankind disappeared without a trace? The planet would survive, but how?

Well, in a matter of HOURS changes would already happen on Earth.

In fact, in just a couple of hours after, lights around the globe would go out since power plants would run out of fuel, and solar panels would become covered by dirt. The only powerplants running would be those powered by hydroelectric energy.

Domesticated animals and those on farms would leave their prison in search for food.

Some of them, however, would become prey to other animals of larger size. Animals which depend on humans like rats and cockroaches would see their population drastically reduced.

Around one month after humans disappeared from the planet, the cooling water in nuclear power plants would evaporate. This would lead to a series of disasters around the world, even stronger than Fukushima and Chernobyl.

A year after humans disappeared from Earth, satellites orbiting Earth would start falling from their orbits, creating fascinating yet strange ‘falling skies’ visible from the surface of the planet.

Some twenty-five years after, vegetation would cover the surface of the globe, while some cities would be buried beneath thick layers of sand. The Panama Canal disappears by the advance of the vegetation, and the Americas have reunited again. Vegetables degrade to a phase where they become inedible.

One hundred years after mankind vanished from Earth all animals considered as endangered species recover their population to the original number before the evolution of human beings. Their distribution, however, will be much different since it was humans who migrated them to different areas.

Three hundred years after, buildings made of metal, bridges, and towers would start deteriorating and crumble due to corrosion.

Five hundred years after, city suburbs will be invaded by forests. Trees and vegetation will begin to grow between the remains of dishes, kitchen appliances, aluminum and stainless steel.

Plastic is something that would remain for some time on our planet since bacteria cannot digest that sort of waste which is why plastics would be deposited in sediments for millions of years.

Around ten thousand years after humans disappear, nearly all traces of a once advanced civilization are gone. The only vestiges that would last for millions of years would be found on the surface of the moon.

Ancient structures like the Great Wall or Mount Rushmore could survive at least 100,000 years. The Great Pyramid of Giza and the Sphinx would be one of the last standing structures on the surface of the planet suggesting Earth was once inhabited by an advanced ancient civilization. However, by then it’s very likely that the structure would be covered by hundreds of meters of dirt and soil.

But in order to get the entire picture of what would actually happen if humans were to disappear all of a sudden from Earth, check out this fascinating video which sill surely leave you speechless.