Many researchers believe that history as we know it is camouflaged, limited or only partial. There are millions of people around the world who believe that mankind has been on this planet far longer than mainstream scholars will accept. Would you agree? And if mankind has been here for a long time… wouldn’t we have found evidence of their existence? Well, many people believe that numerous findings point towards the existence of Advanced Humans thousands of years ago before written history.

In this article we take a look at three discoveries that have not been accepted nor explained by mainstream scholars.

It is believed that the Crimean pyramids were built at a time when dinosaurs roamed the Earth. It has been cataloged by some as one of the most important discoveries in the century. The set of megalithic constructions and pyramids in the peninsula of Crimea has changed the way a lot of people look at history.

The region is well-known in ancient history for archaeological and historical treasures from different cultures and ancient civilizations ranging from the Greeks and Romans to the Genoese and Ottoman Turks.

The series of formations was discovered for the first time in 1999 by Vitalij Gokh who worked for the soviet military for over thirty years. After his long career in the Soviet military, Gokh decided to become a researcher which led him to the discovery of the Pyramids. Gokh claimed that just like there were submerged towns in the region, there were buried pyramids and other megalithic structures in the Crimean peninsula. 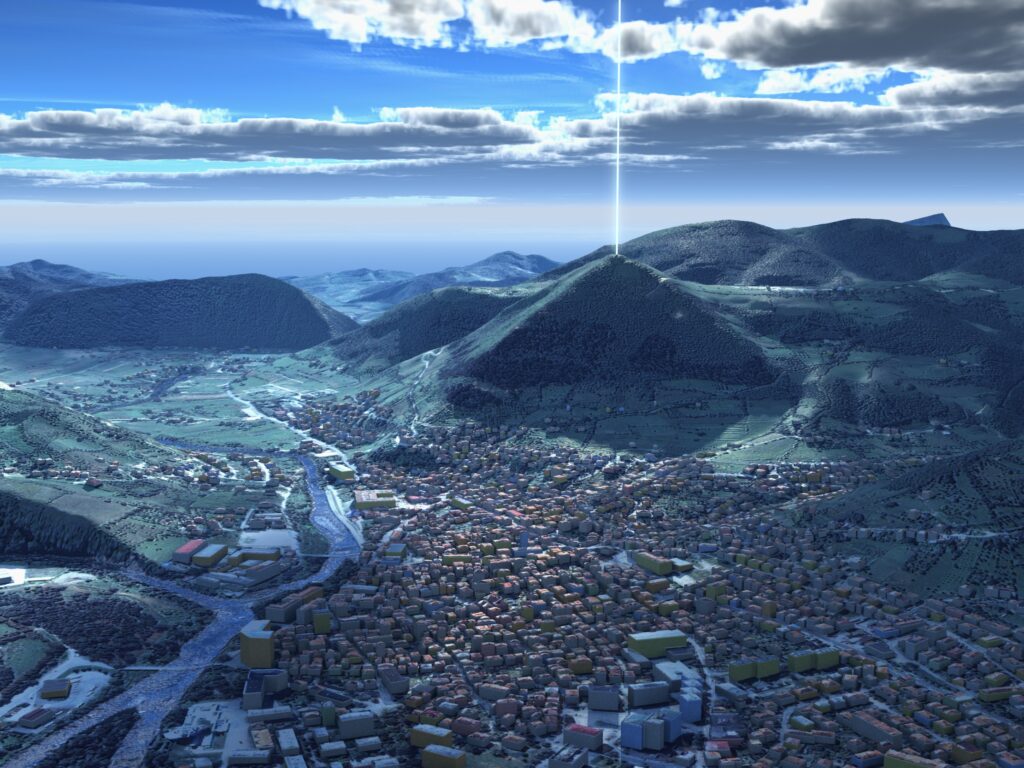 The discovery of the Bosnian Pyramids has been catalogued by some as one of the most important archaeological findings in Europe, a discovery that could rewrite history as we know it. According to researchers around the world and the Head of Anthropology at the American University in Bosnia-Herzegovina Dr. Semir Osmanagić, Ph.D. The Bosnian Pyramids located near the town of Visoko, northwest of Sarajevo are the oldest man-made Pyramids that have been discovered on our Planet.

The Pyramid of the Sun, with its 220 meters height, exceeds the Great Pyramid of Egypt, which measures 147 meters (height). But what we find mind-blowing is the fact that the Pyramid’s orientation to the North is accurate with an error of 0 degrees, 0 minutes and 12 seconds.

Incredible precision, and this is where the Bosnian Pyramid of the Sun has an incredible fact in common with the Great Pyramid of Egypt. The great Pyramid of Egypt resides at the intersection of the longest line of latitude and the longest line of longitude, the exact center of all the land mass in the world. Also each of the four sides aligns almost precisely with the four points of the compass. So we have precision in Egypt that is almost equal to precision found in Bosnia. But how can this be? These two ancient civilizations were not connected.

The 300,000 year old nanostructures from the Ural mountains

The 300,000 year old nanostructures, found in Russia are one of the most mysterious out-of-place artifacts discovered in recent years. Simply put, if these structures are in fact man-made structures dating back 300,00 years old, it would mean that Advanced Ancient Civilizations existed on Earth far longer than mainstream experts suggest.

The tiny structures are believed to have been the product of an extremely ancient civilization that was capable of developing nanotechnology about 300,000 years ago. The age of these mysterious nanostructures have placed them in the list of “out of place artifacts” given the fact that researchers estimate them to be around 300,000 years old. The objects were discovered during a geological research mission whose purpose was the extraction of gold in the Ural mountains in Russia, and while gold was the number one thing to look for, researchers were amazed to find something apparently much more valuable. The pieces discovered are coils, spirals and shafts among the list of unidentified components that were unearthed during the geological missions in the area.

The Russian Academy of sciences performed several tests on these mysterious objects and the results were quite interesting. Researchers found out that the largest pieces that were unearthed were made almost entirely out of copper and the smaller ones from tungsten and molybdenum.

The Russian Academy of Science has a structure of 11 specialized scientific divisions, three territorial divisions also referred to as branches, and it consists of 14 regional scientific centers. The Academy has numerous councils, committees and commissions, organized for different purposes and studies.