Did you know that experts estimate that around 50-80% of all life on Earth is found under the surface of Earth’s oceans?

To date, we have explored less than 10% of that huge space.

There are countless discoveries that are waiting to be found in nearly all corners of our planet’s oceans.

In this article, we look at three discoveries that have been found but still not explained by experts. 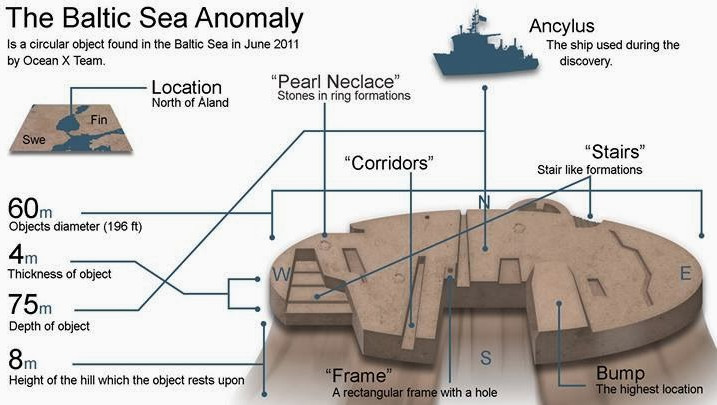 The Baltic Sea anomaly is without a doubt, one of our favorite discoveries. The mysterious object that was discovered at the bottom of the Baltic Sea in the summer of 2011 seems to attract more attention than ever.

The discovery of the strange object located at the bottom of the Baltic Sea has a diameter of approximately 60 meters. It has a strange oval-shaped formation, but most importantly, behind the object, a strange trail was identified suggesting that this object might have in fact crashed into the bottom of the sea remaining in a perfectly still in place, where it is even today.

As if the discovery itself want strange enough, researchers claim that electric equipment fails when found in the vicinity of the object.

Wild theories have surfaced ever since Ocean X discovered the mysterious object. From underwater secret bases, Alien Craft and Ancient Technology… the truth is that the true origin of the Baltic Sea anomaly still remains a mystery.

The Underwater Complex of Yonaguni 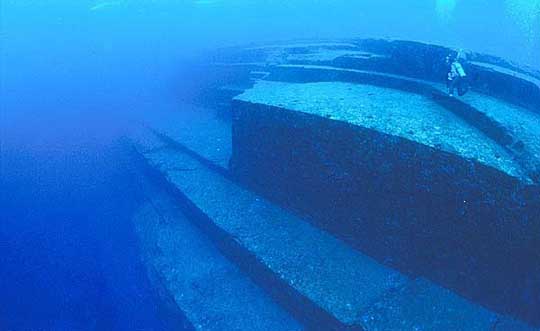 Referred to some as Japan’s Atlantis, the Yonaguni complex is without a doubt, one of the most mysterious underwater findings in recent years. It has been a subject of debate between archaeologists and researchers ever since it discovery in 1985 by Dive Tour operator Kihachiro Aratake. The Yonaguni monument is an underwater formation that is located off the coast of Yonaguni, the southernmost of the Ryukyu Islands, in Japan.

Man-made or natural formation, which has been the debate for years in the field of archaeology. Some researchers and historians believe that the structures at Yonaguni could be the ancient remains of Mu, a fabled Pacific civilization rumored to have vanished beneath the Ocean.

According to the research done on this impressive underwater complex, the main “monument” consists of medium to very fine sandstone and mud-stone that belong to the Lower Miocene Yaeyama Group which researchers believe to have been deposited about 20 million years ago. So If the Yonaguni monument was man-made, it was then constructed/carved during the last ice age (about 10,000 years ago) when Yonaguni was part of a land bridge that connected the site to Taiwan. So what is it? A giant man-made complex or the result of Mother Nature? The truth remains a mystery.

The Megalithic Monument under the Sea of Galilee

Another really interesting discovery that has researchers scratching their heads is found under the Sea of Galilee.

Many believe that the giant Stone structure beneath the Sea of Galilee is, in fact, an ancient structure left behind by an ancient civilization from the distant past. The mysterious cone-shaped structure is made of “basalt stones and uncut boulders”, with a weight of around 60,000 tons according to researchers.

This makes it heavier than most modern warships.

This incredible structure is around 10 meters high and has a diameter of around 230 feet, around 70 meters. It’s impossible to put into perspective, but if we try, the outer stone circle of Stonehenge has a diameter of just half as big as this one. This structure was first detected in 2003 thanks to sonar studies of the southwestern portion of the sea.

According to recent studies, the structure is at least 12.000 years old. The submergence could have occurred either because of tectonic movement or because of rising water levels. Earthquake-related sudden submergence of the lake margins was inferred from the Ohalo II, 23,000-year-old Upper Palaeolithic site (Nadel et al., 1995; Nadel et al., 2001), where in situ brush-hut floors, a grave, hearths and other installations were covered with lake sediments.