UFO flotilla filmed during Supermoon could prove Aliens are on... 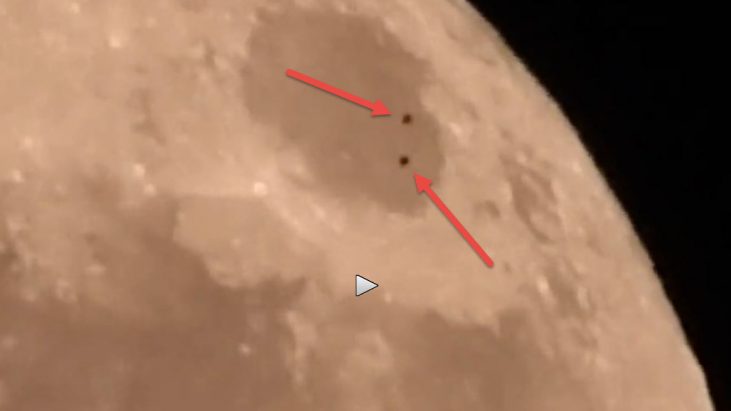 A lot of controversy surrounds the idea and theories that the moon is inhabited –at least partially—by advanced alien civilizations. While many consider this a conspiracy theory, others believe there is definite proof, and point to recent videos filmed during the 2016 Supermoon.

If we look back a couple of years, we will find numerous attempts of disclosure initiated by former astronauts, government officials and scientists who had access to classified documents and information regarding the moon.

Interestingly, if we look at statements made from Dr. J. Brandenburg –who participated in the Clementine Mission on the Moon— we will find some interesting facts:

Now, why is it hard to believe that there is an alien presence on the moon? Many would agree that it is so due to the sheer amount of hoaxes that are circulating the internet, which do nothing else but cast a large shadow on the efforts made by different people who actually have authentic material that can prove skeptics wrong.

Interestingly, Brandenburg was also quoted saying that “We were aware there was a possibility of an unknown presence, possibly alien/extraterrestrial near the Earth…”

Brandenburg recounted one occasion: “…There I am sitting in a room of retired army and air force generals and a few admirals, and we’re watching what looks like a firefight in space. The most senior general there … turned to me and said, “Where do you think they’re from?” and I said, “I don’t know sir, I’ve heard they’re from 40 light years from here.”

After reading all of the above we take a look at the following videos which were recorded during the Supermoon in November of 2016. IN the video footage we will notice numerous disc-shaped objects flying across the lunar background. Some have claimed that these unidentified objects originated on the moon from different alien bases located there.

Oh and, let’s take a minute and remember what Dr. Edgar Mitchell, ScD., NASA astronaut (6th man to walk on the moon) said:

“Read the books, read the lore, start to understand what has really been going on, because there is no doubt that we are being visited… The universe that we live in is much more wondrous, exciting, complex and far-reaching than we were ever able to know up to this point in time… [Mankind has long wondered if we’re] alone in the universe. [But] only in our period do we really have evidence. No, we’re not alone.”