According to ‘sensationalistic’ claims, an alien creature may have been discovered roaming on the surface of the red planet.

An image sent back by NASA’s rovers on Mars has created controversy whether or not there is life on Mars. 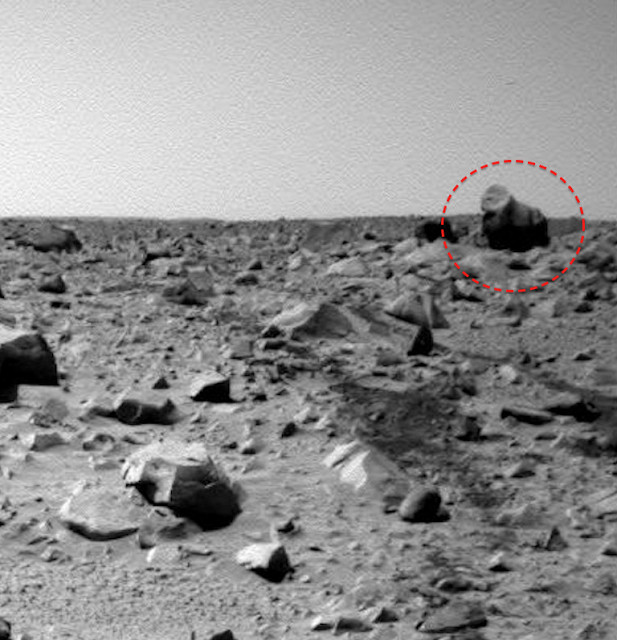 Mars has given us so many interesting things in the last couple of years. Thanks to NASA’s rovers exploring the red planet, we have received thousands of images from Mars. In most of these images, we can see mysterious features that according to many are inexplicable, and anything but ordinary.

Many suggest that the numerous anomalous features seen on the surface of the red planet are in fact evidence of ancient Alien civilizations on Mars and that we can see structures and ruins of buildings that were once home to Martian civilizations.

But not only do Ufologists and Alien hunters believe Mars was inhabited in the distant past, there are some researchers who also share this view on Mars.

According to Dr. John Brandenburg, there is enough evidence to prove that at least two major nuclear blasts went off on the surface of the red planet in the distant past. The theory proposed by Dr. Brandenburg is based on the traces of uranium and thorium that have been registered on the surface of Mars. This Martian civilization was wiped out by another hostile alien race from elsewhere in the. universe. Dr. Brandenburg warns that our civilization could face the same faith. 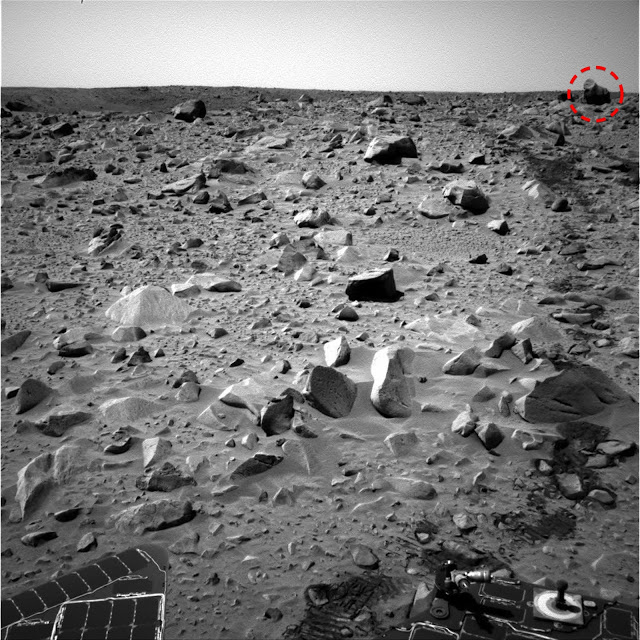 Many ufologists state that some images from the red planet are the ultimate evidence of primitive life on Mars.

The image presented here is one of those ultimate pieces of evidence. Many believe that what NASA’s rover photographed on Mars is, in fact, a primitive life form on Mars.

According to readers from ufo sightings daily, we are looking at a Gorilla-like creature that somehow, survived on the red planet.

One reader stated: “I don`t know if I`m sure, but looks like there`s too a baby gorilla next to the bigger. Watch again, with the same black pelage on the body and white pelage on the head, exactly in front of the bigger.”

Whether this image depicts an actual ‘alien’ creature on Mars or not is something up for debate. While many skeptics will suggest this is nothing more than our brain playing tricks with us, many people are convinced that the truth about Mars is far more mysterious than what we are being told.

Pareidolia or not, you can check out the RAW image from NASA by clicking here.