Underwater archaeologist claims there is evidence that Noah’s Biblical Flood...

Noah’s Ark and the Great Flood is without a doubt one of the most important and famous stories present in many ancient texts. Now, an underwater archaeologist believes he has found unequivocal evidence that the biblical flood, also mentioned in numerous other religious texts actually is based on real-life events.

Robert Ballard, one of the best known underwater archaeologists who in 1985, using a robotic submersible with a remote-controlled camera found the famous shipwreck of the Titanic, probed the depths of the Black Sea near the cost of modern-day Turkey looking for traces of an ancient civilization that dates back to the times of Noah.

According to Ballard, some 12,000 years ago, much of the Earth’s surface was covered in ice. “Where I live in Connecticut was ice a mile above my house, all the way back to the North Pole, about 15 million kilometers, that’s a big ice-cube,” he said in an interview with ABC news.

“But then it started to melt. We’re talking about the floods of our living history,” he added. According to Ballard, after the water from the glaciers started melting, it rushed into the world’s ocean causing huge, catastrophic flood around the world. “The question is, was there a mother of all floods,” Ballard said. 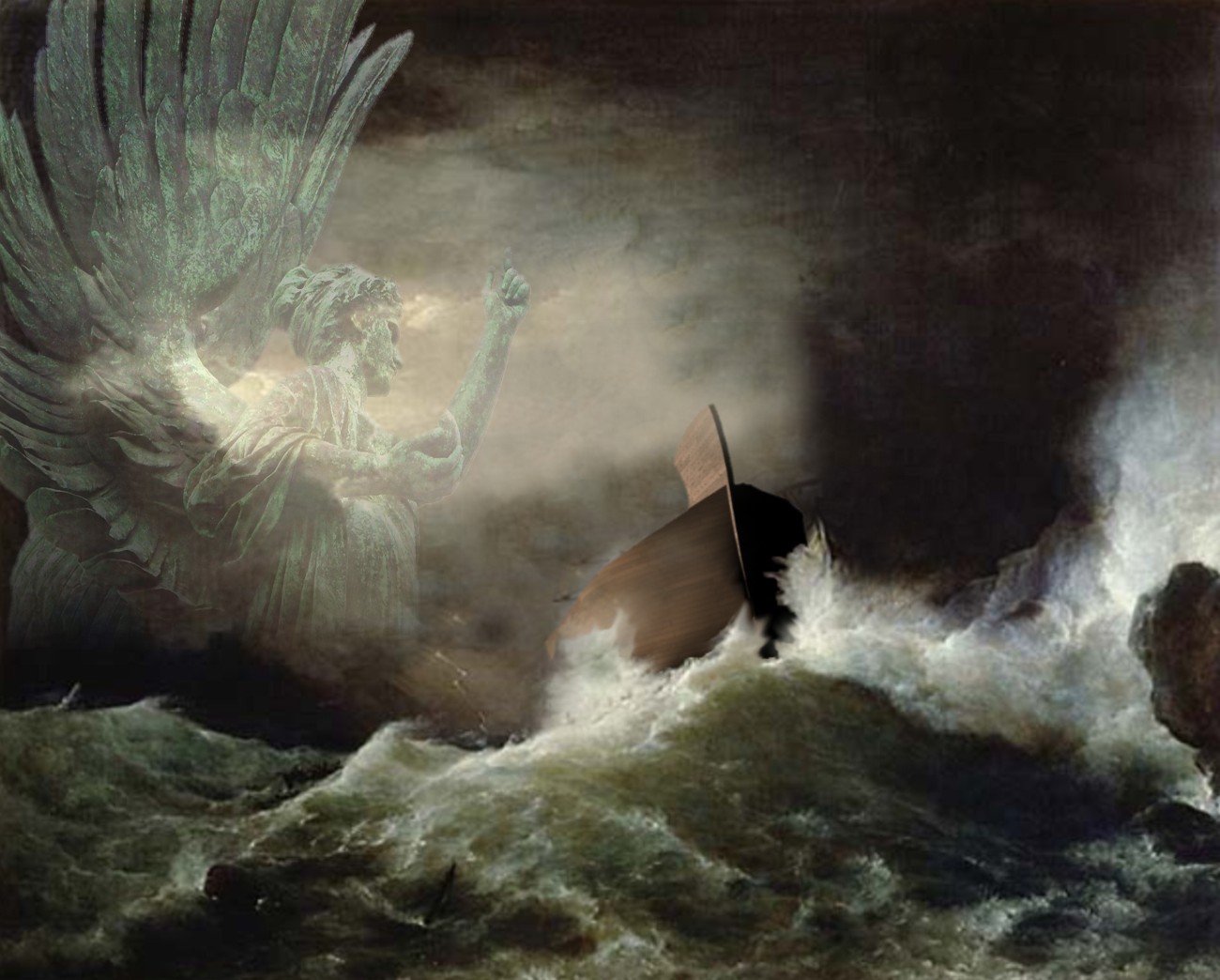 A controversial theory proposed by Columbia University scientist’s claims there was a giant flood in the distant past in the region of the Black Sea. According to researchers, the now-salty Black Sea was once an isolated freshwater lake which was surrounded by huge areas of farmland, that is, until it was flooded by a huge wall of water coming from the rising Mediterranean Sea.

Scientists estimate that the force of the water was, in fact, two hundred times stronger than that of the Niagara Falls. The giant wall of water swept away everything that it encountered in its path, creating total destruction and chaos in the region, changing the geography forever.

Ballard said: “At some magic moment, it broke through and flooded this place violently, and a lot of real estates, 150,000 square kilometers of land, went under.”

Ballard was fascinated by the idea that something like a Global Flood occurred and was intrigued by the idea proposed by Columbia University scientists.

“We went in there to look for the flood,” he said. “Not just a slow-moving, advancing rise of sea level, but a really big flood that then stayed… The land that went under stayed under.”

Doing what he and his team to best, Ballard and the crew went diving, and there, four hundred feet below the surface, they encountered an ancient shoreline, which is the ultimate proof that Ballard’s theory was correct, a catastrophic event did happen in the distant past in the Black Sea.

Ballard even established a timeline of the events by carbonating shells found along the ancient coastline. Ballard estimates that around 5,000 BC the catastrophic flood occurred, a date that according to many scholars is the date when Noah’s historic flood took place.

Interestingly the story about Noah is what fascinates most scholars. Noah was the tenth of the pre-flood (antediluvian) Patriarchs. His father was Lamech and his mother is unknown but is thought to be either Adah or Zillah, wives of Lamech. When Noah was five hundred years old, he begat Shem, Ham, and Japheth (Genesis 5:32)

Noah died 350 years after the flood, at the age of 950, the last of the extremely long-lived antediluvian Patriarchs. The maximum human lifespan, as depicted in the Bible, diminishes rapidly thereafter, from almost 1,000 years to the 120 years of Moses. (Genesis 6:3; Deuteronomy 31:22; 34:37

While many scholars believe Noah’s accounts of the flood are mythical in nature, others believe that the story of Noah’s Ark and the Flood was inspired by legendary floods of stories in Ancient Mesopotamia, particularly “The Epic of Gilgamesh”. Centuries before Noah appeared in the bible, ancient narratives were passed down from one generation to another.

“The earlier Mesopotamian stories are very similar where the gods are sending a flood to wipe out humans,” said biblical archaeologist Eric Cline. “There’s one man they choose to survive. He builds a boat and brings on animals and lands on a mountain and lives happily ever after? I would argue that it’s the same story.”