The Ural region in Russia could hold key to Europe’s...

According to a new set of studies performed on the enigmatic Shigir Idol, it’s time for mainstream scholars to rethink history as we know it. 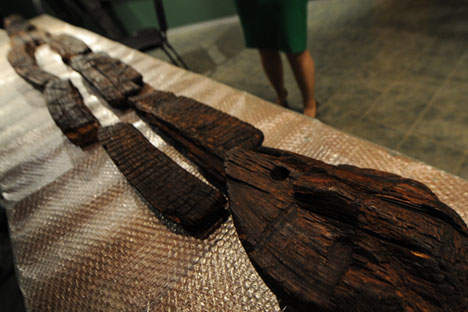 Researchers now believe that the development of European culture not only came from ancient societies in the middle east but was also influenced by those located in the Urals region in Russia.

Just last year, the Shigir Idol was recognized official as the oldest known wood sculpture ever found on our planet. Researchers established that the wooden statue is at least 11,000 years old, dating to the start of the Holocene period, at the end of the last recorded Ice Age, and the beginning of the ‘modern era’.

The discovery itself challenges mainstream history like never before giving the scientific community another big reason to review all prevailing theories that nearly everything, ranging from crops farming, writing and art were brought to Europe by ancient Middle Eastern societies of farmers.

According to Mikhail Zhilin, one of the leading researchers at the Russian Academy of Science institute of Archaeology, hunter-gatherers who inhabited vast regions of the Urals and Siberian forests exhibited over 11,000 ago, an extremely high level of development.

“They lived in harmony with the environment and knew far more about it than modern people can imagine,” Zhilin told RBTH.

The Shigir Idol is currently has a height of 2.8 metres but according to researchers, it was originally 5.3 metres tall, as high as a two-story house. The messages carved into the ornament  remain a complete mystery to modern man, with little progress being made towards the deciphering of the codes, according to experts.

According to the research team, the straight lines could denote land, or the horizon – the boundary between earth and sky, water and sky, or the borderline between the worlds. Interestingly, according to previous studies, One of the many faces of the Shigir idol is actually three-dimensional.

According to Professor Thomas Terberger. “The shigir idol has at least 11,000 years,” and this is a very important figure for the international scientific community, as it helps to understand the development of civilization, the art of Eurasia and of all humanity.

“You can say that at that time, 11,000 years ago, hunters, fishermen, and gatherers of the Urals were no less developed than farmers in the Middle East,” he added.

Thanks to recent studies, researchers were able to discover another, seventh mysterious drawing located on the Idols posterior side, only seen with the help of a microscope. Prior to this discovery, researchers had only identified six drawings on the idol. The meaning of the markings, figures and characters carved on the idol remain a profound mystery to researchers who consider the Shigir Idol one of the most important discoveries ever made in Russia.

The Shigir Idol was discovered in 1890 in a peat bog located between Yekaterinburg and Nizhny Tagil, an area known for its gold mines in the distant past. The Idol was retrieved piece by piece and was later assembled by researchers.