Where is Planet X aka Nibiru? The Eternal and futile...

The search for this enigmatic celestial body started almost a century ago, and until today researchers have still to present evidence of the discovery of Nibiru or Planet X, one of the most enigmatic celestial objects said to ‘partially’ reside within our solar system.

Although it was claimed that the planet was actually discovered in 1930, researchers still believe that the mysterious planet could be somewhere out there, still waiting to be discovered. 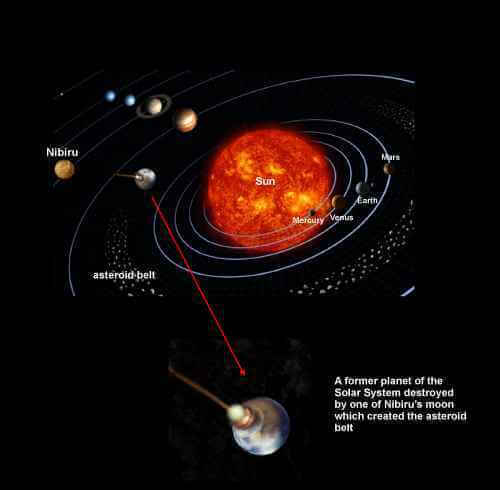 Despite the absence of irrefutable evidence that would prove the existence of said planet, the search for the enigmatic celestial body ahs lasted for decades and researchers around the world hope that one day, the mysterious planet will rise from the shadows and prove to be more than a modern myth.

The everlasting search for Nibiru, aka Planet X

In 1846, French astronomer Urbain LeVerrier observed unexplained perturbations in the orbit of Uranus which turned out to be due to the gravitational effect of another planet. That’s when, thanks to LeVerrier, a new planet in our solar system was found, and that planet is Neptune. After a few years, similar disturbances were detected in the orbit of Neptune, and researchers thought that these perturbances could also be caused by the orbit of another planet. Planet X was the term first introduced by Percival Lowell, a US millionaire and space enthusiast, who died without finding the alleged planet. However, in 1930, Clyde William Tombaugh spotted a celestial object that he believed explained the perturbations in the orbit of Neptune, this is when he discovered Pluto.

In 2008, Japanese researchers announced that according to their calculations, there should be an “undiscovered” planet at a distance of about 100 AU (astronomical units) that has a size of up to two-thirds of the planet Earth. These calculations support the hypothesis of the existence of Nibiru, or Planet X.

News agencies around the world were very interested in the mysterious celestial body said to stalk the outer frontiers of our solar system. According to the Washington Post: “A heavenly body possibly as large as the giant planet Jupiter and possibly so close to Earth that it would be part of this solar system has been found in the direction of the constellation Orion by an orbiting telescope aboard the U.S. infrared astronomical satellite… ‘All I can tell you is that we don’t know what it is,’ said Gerry Neugebauer, chief IRAS scientist.”

But the Washington Post wasn’t the only news agencies to write about the enigmatic celestial body.

According to the US News World Report, Planet X or Nibiru exists, the article; “Shrouded from the sun’s light, mysteriously tugging at the orbits of Uranus and Neptune, is an unseen force that astronomers suspect may be Planet X – a 10th resident of the Earth’s celestial neighborhood. Last year, the infrared astronomical satellite (IRAS), circling in a polar orbit 560 miles from the Earth, detected heat from an object about 50 billion miles away that is now the subject of intense speculation.”

Also, an article published in Newsweek on July 13, 1987, NASA disclosed that there may be a 10th planet orbiting our Sun.  According to NASA research scientist John Anderson, Planet X might actually be out there, but nowhere near our planets. The article from Newsweek states: “if he is right, two of the most intriguing puzzles of space science might be solved: what caused mysterious irregularities in the orbits of Uranus and Neptune during the 19th Century? And what killed off the dinosaurs 26 million years ago.”

Interestingly, Robert Sutton Harrington who was an American astronomer who worked at the United States Naval Observatory (USNO). wrote a very interesting article in the Astronomical Journal in 1988. Harrington suggested that a planet three or four times the size of Earth existed, having a position of three or four-time further from the sun than Pluto. According to mathematical models that were presented, it is believed that Planet X or Nibiru, has an extremely elliptical orbit of 30 degrees.

Harrington became a believer in the existence of a Planet X beyond Pluto and undertook searches for it, with positive results coming from the IRAD probe in 1983.

Nevertheless, the search for Planet X continued to rise to all sorts of theories, many of which are part of pseudoscience. Many believe that planet X is, in fact, Nibiru, the planet of the Extraterrestrial race called the Anunnaki, who came to Earth in the distant past and kick-started civilization as we know.

Ancient Astronaut theorists believe that te orbit of Nibiru around the sun is extremely elliptical, and according to text, it is located far beyond the orbit of Pluto. Nibiru takes around 3600 years to complete one orbit around the Sun. Nibiru is believed to be the home planet of the Anunnaki. The approach of Nibiru towards the planets of our solar system might pose a huge threat given its gravitational characteristics. According to the ancient cuneiform texts, which are believed to be some of the oldest writings known to date, go back at least 6,000 years. These writings explain the history of a race of beings called the Anunnaki. The Anunnaki came to Earth from a planet in our solar system which is called Nibiru. Sadly, many people have never heard of it, because according to mainstream science the planet called Nibiru does not exist. However, according to Sitchin, the presence of Nibiru is very important for the past and future of humanity.

According to a theory referred to as the ‘Nemesis hypothesis’, the supposed planet, which lies beyond the orbit of Pluto and its moons, is, in fact, a dark star orbiting the Oort cloud, which would basically turn our Star into a binary system, that is, if the mysterious celestial object does exist. This theory has been ruled out by numerous Astronomers and referred to as impossible.

According to John Matese, Patrick Whitman and Daniel Whitmire of the University of Louisiana at Lafayette, the celestial body located in the Solar System’s Oort cloud is, in fact, a hypothetical gas giant. However,  in 2014, NASA announced that the WISE survey had ruled out any object with Tyche’s characteristics, indicating that Tyche as hypothesized by Matese, Whitman, and Whitmire does not exist