The beings in ancient Egyptian tradition who might be labeled as deities are difficult to count, even though we will list here only a few of them; there are numerous other deities that have been worshiped in Egypt in ancient times.

Egyptologist James P. Allen estimates that more than 1,400 deities are named in Egyptian texts. The Egyptian language’s terms for these beings were nṯr, “god”, and its feminine form nṯrt, “goddess”.

The first written evidence of deities in Egypt comes from the Early Dynastic Period (c. 3100–2686 BC). 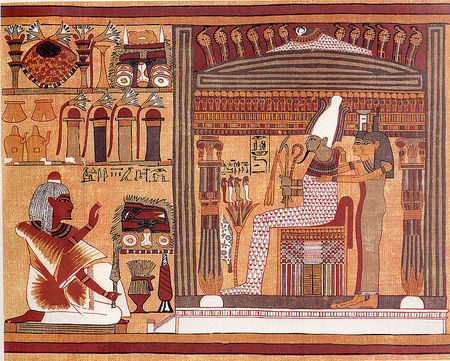 Osiris is usually identified as the god of the afterlife, the underworld and the dead, and was considered not only a merciful judge of the dead in the afterlife, but also the underworld agency that granted all life, he was one of the most worshiped and most important Ancient Egyptian Gods. Osiris was the first son of Geb and Nut and the brother of Set, Isis, Haroeris and Nephthys. He was also the father of Horus and Anubis. The constellation of Orion was associated with the Egyptian god Osiris while Sirius was associated with Isis. One of the oldest attestations of the god Osiris appears in the mastaba of the deceased Netjer-wser (God Almighty).

Together with Osiris, Isis was one of the most prominent Egyptian deities, she was worshiped as the ideal mother and wife as well as the patroness of nature and magic. She was the friend of slaves, sinners, artisans and the downtrodden, but she also listened to the prayers of the wealthy, maidens, aristocrats and rulers.

Isis was the first daughter of Geb, god of the Earth, and Nut, goddess of the Sky, and she was born on the fourth intercalary day. She married her brother, Osiris, and she conceived Horus with him.

She was initially a relatively “obscure” goddess lacking her own temples but she eventually grew in importance in the dynastic age eventually becoming one of the most important deities of ancient Egypt. Her influence spread across lands like no other Goddess at that time in history being worshiped in the Roman Empire, England and Afghanistan.  The first major temple dedicated to Isis was built by the Late Period king Nectanebo II (360–343 bce) at Behbeit el-Hagar. 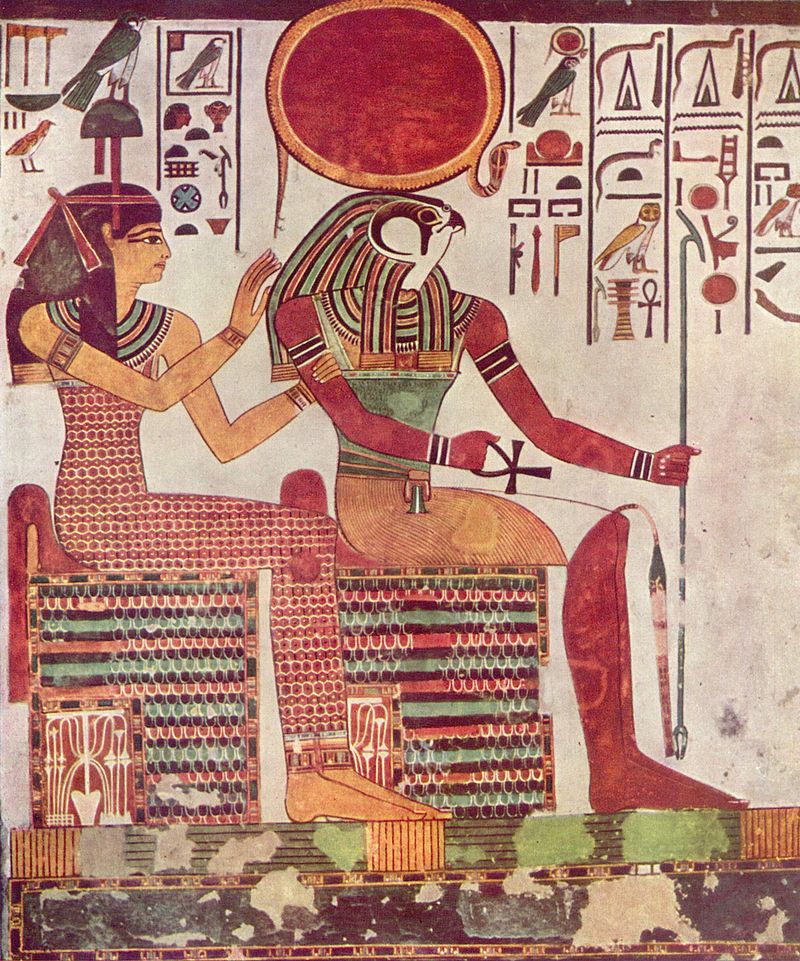 He was often described as the creator. One of the most incredible temples found in ancient Egypt are the ones built to honor Ra and unlike the usual temples built to honor other Egyptian gods, temples to Ra were open to the sunlight and did not feature a statue of the god since He was represented by the sunlight itself.

Ra was thought to travel on two solar boats called the Mandjet (the Boat of Millions of Years), or morning boat and the Mesektet, or evening boat.

Horus was the falcon-headed god. Horus is a well known ancient Egyptian God, as well as one of its oldest. His name is attested to from at least the beginning of the Dynastic Period, in fact, the earliest recorded form of Horus is the patron deity of Nekhen in Upper Egypt, who is the first known national god, specifically related to the king who in time came to be regarded as a manifestation of Horus in life and Osiris in death. Horus was said to be the sky, he was considered to also contain the sun and moon. Horus was also said to be a god of war and hunting. Horus was often the ancient Egyptians’ national patron god.

Pyramid texts ca. 2400–2300 BC describe the nature of the Pharaoh in different characters as both Horus and Osiris. Horus was conceived magically by Isis following the murder of his father, Osiris. 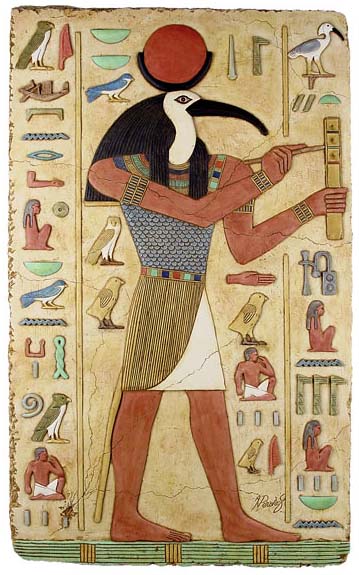 Thoth is perhaps one of the most unusual ancient Egyptian gods, thought by some to be the son of Ra, while others believe that Thoth created himself through the power of language. In ancient Egyptian art, He was often depicted as a man with the head of an ibis or a baboon, animals sacred to him but throughout ancient Egyptian history, he was depicted in many ways.  He served as a mediating power, especially between good and evil, making sure neither had a decisive victory over the other.

Thoth was the creator of magic, the inventor of writing, teacher of man, the messenger of the gods and the divine record-keeper and mediator. It is believed that the magical powers of Thoth were so immense to the point the Egyptians had tales of the “Book of Thoth”, which would allow a person, able to read it; become the most powerful magician in the world.